Neydhal’s menu promises regional flavours from across the Southern coastline

If there is one thing you can say with certainty as you walk out of Neydhal is that this 120-seater is not just another Kerala-cuisine inspired restaurant. While the red-oxide cement floors, off-white walls and a painting of the backwaters may initially throw you off track, this two-month-old restaurant is replete with flavours from across the country’s entire Southern coastline. “We wanted to open up an entirely new avenue of taste with this restaurant. Most of the time people in Coimbatore associate seafood with Kerala. But there are flavours from the country’s coastal belt that have never been explored,” says Abhilash Krishnan, the owner. Teaming up with his current executive chef, Thomson Francis, the duo set out on a year-long journey to research flavours and identify a variety of seafood for their venture. 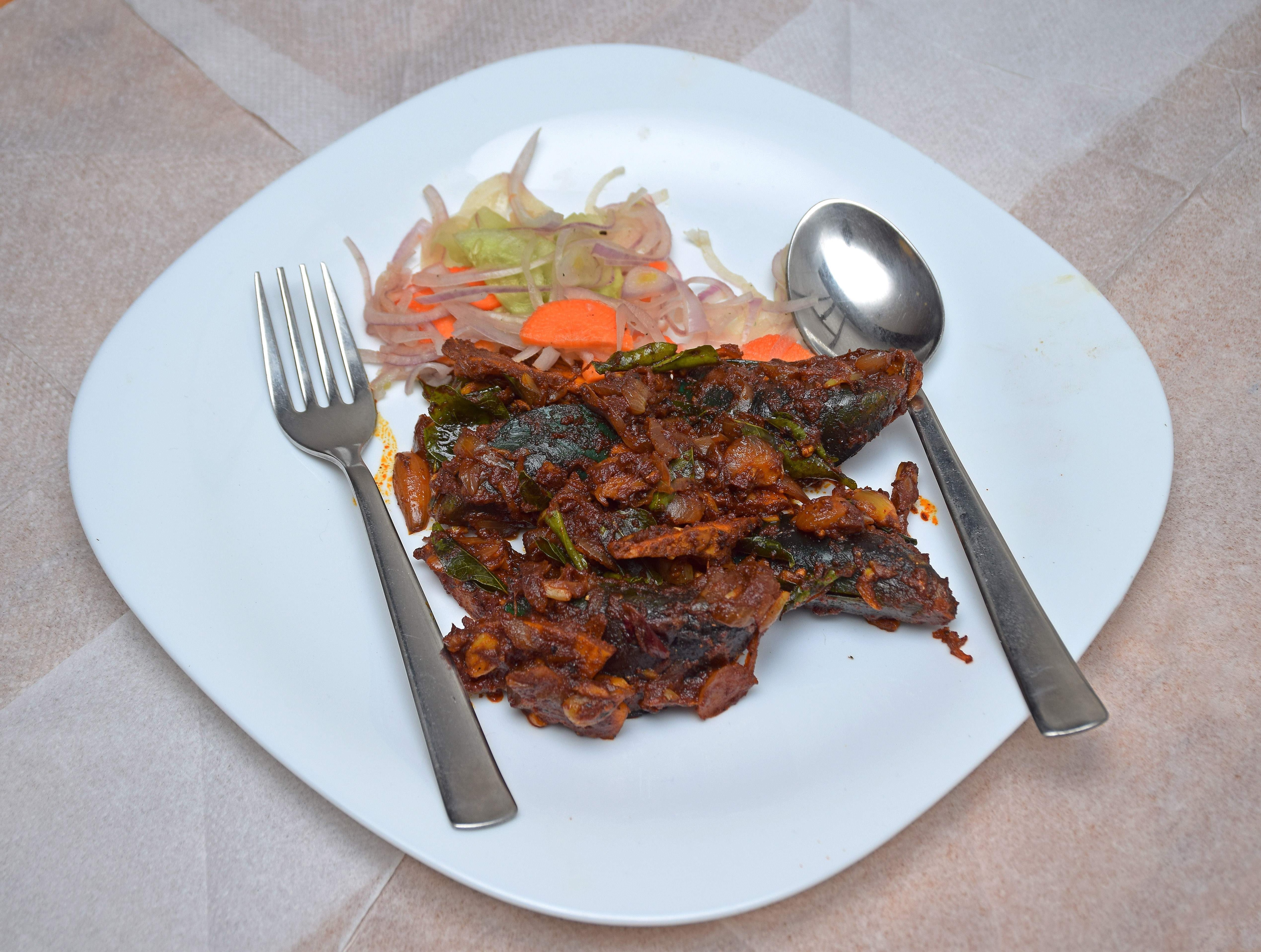 Offering the city a unique dining experience, we learn that Neydhal allows customers to pick from the restaurant’s array of live catch for the day, that which will be the main ingredient of their seafood meal. We, however, decide to stick with the chef’s specials.

The first thing to arrive at our table — freshly shucked oysters on a mound of grated ice — and we are caught off guard. Debating if we should try them naked or with dressing, we finally agree upon two bites — one with the chilli sauce and the other without. The first slurp and we are almost instantly transported to the sea. The briny taste is the first to hit, which is then followed by a creamy flavour and finally a mild sweetness. “We encourage people to try things that they may not have had earlier,” says Thomson, adding that they currently deal with over 600 varieties of seafood sourced from the harbours at Tuticorin, Nagapattinam, Ramnad, Beypore, Kochi, Alleppey and Lakshwadeep. Spotlighting their capabilities, next up from the menu is the shallow-fried emperor snapper in freshly made Mangalorean masala. A departure from regular masalas, the distinct taste of carom seeds and cumin give it its unique flavour. We also sample the Neydhal special mussels that are sauteed with Kashmiri chilli powder, coconut bits and shallots.

For those opting for familiar flavours, we recommend the freshly made neer dosas or appams with the mango fish curry or even the meen mulagittatu.