In pictures: Breathtaking photographs of 2017’s only supermoon

It's not every day that you get to see a moon 14 percent larger and 30 percent brighter than your usual moon. In what is dubbed as the Supermoon trilogy, the first moon for this year appeared over landmarks all over the world on December 3. Last night's moon, dubbed the 'full cold moon', glowed behind historic national monuments and landmarks all over the world such as London's Shard and the Statue of Liberty in New York. 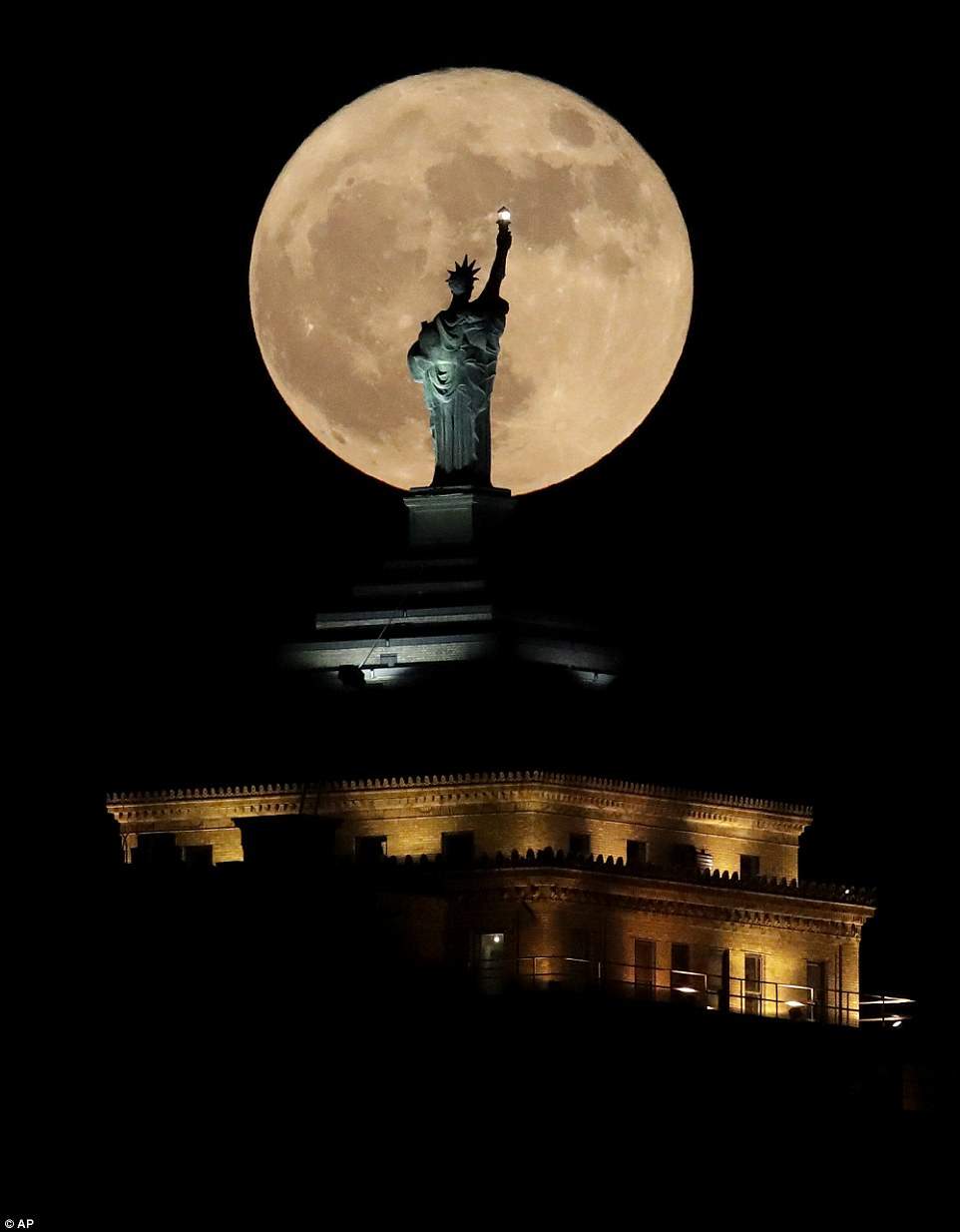 A supermoon was seen in front of a replica of the Statue of Liberty sitting atop the Liberty Building in downtown Buffalo, New York last night. Two more supermoons are expected to grace skies across the world again on 1 January and 31 January

For skygazers who missed last night's supermoon, they'll have two more chances to see them in January next year. NASA declared that the cold moon was 14 per cent larger and 30 per cent brighter than usual across the planet. The supermoon made its spectacular appearance over Britain, giving skygazers a treat as it moves closer to Earth.