Raise your oars to 150 years of the Madras Boat Club

Let’s travel back to a simpler time. Days when the charge to row your boat every month was  Rs 10. Britishers and folks from Madras paced oars on the same team. And finger chips aka french fries were paired with fresh lime, not ketchup. Paying homage to 150 years of The Madras Boat Club, we pick up our oars and row back in time.

The year is 1958. Gopal Madhavan is 22. As a brand new engineer for Parry and Company, a colleague has suggested he’s now eligible to ‘officially’ row a boat — using his employee status of course. Little did Madhavan realise at the time that he would go on to become the country’s first international umpire for the Asian Games in 1982. Or that his sons would go on to compete nationally. Or that rowing would become such an integral part of his being that he would go on to row well into grandparent-hood. In the present day Madhavan is 81 years old, in case you were wondering, and he has seven grandchildren. But let’s flashback again, to an early morning at Club, located by the Adyar River... almost 60 years ago. 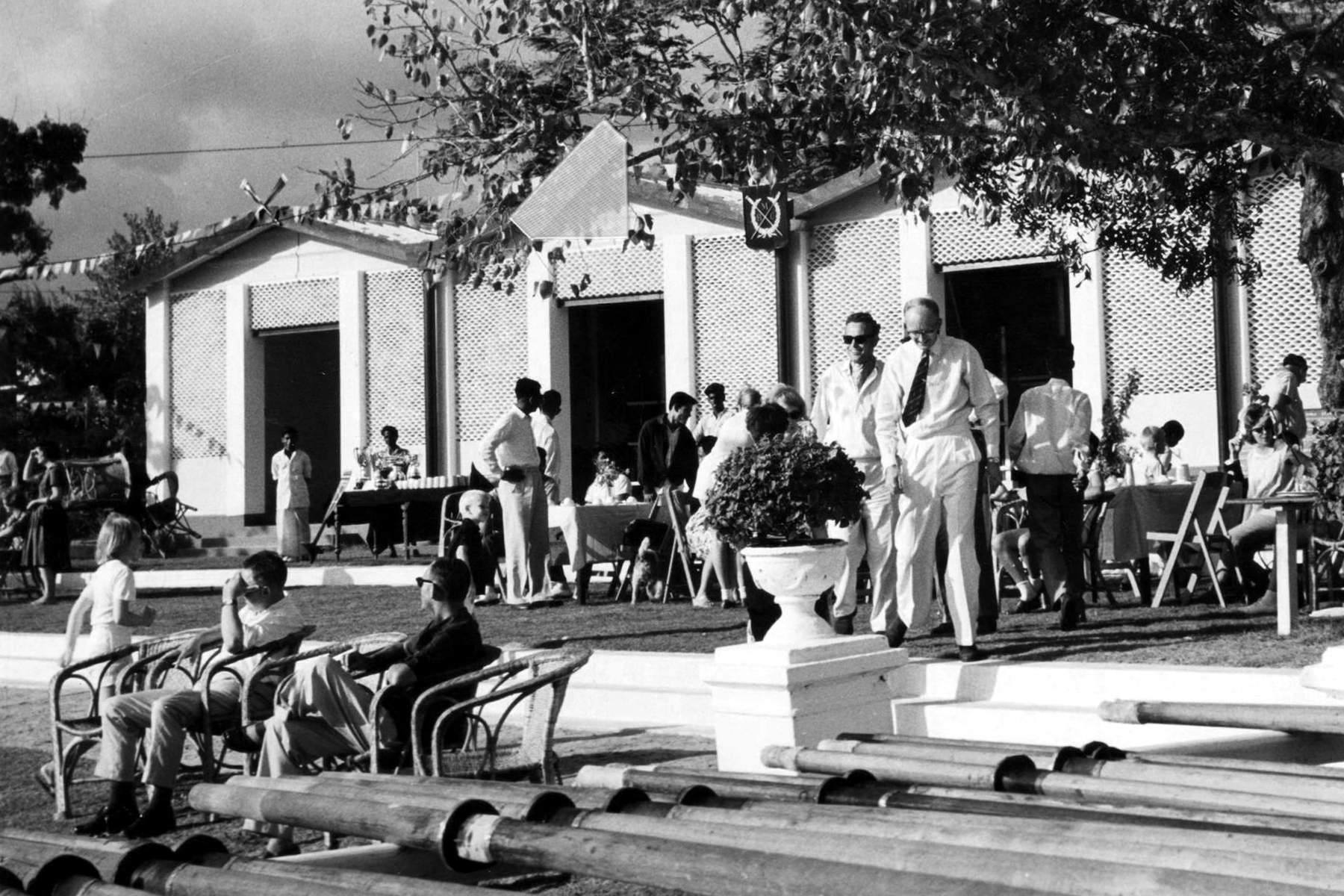 We’re in the passenger seat of Madhavan’s classic Standard 10. “I would leave home at 5 am to get on the water by 6,” he reminisces. A moment later, he adds with a chuckle, “We would row every morning and invariable be late for work at 9, but that’s a different matter.” Right after, the routine was that friends and colleagues would gather by the  intertwined neem and peepal trees to cool off. “Those trees are still with us today,” he says with a smile. “That’s where we had our finger chips and lime.” Female company however was a rarity as there were possibly fewer women rowers than boats back in the day. Boat houses did not exist. Instead, there were thatched huts. Reflecting on the vastly different infrastructure one sees today with a restaurant, bar, pool rooms and so forth, Madhavan takes us back, “You might say when I joined it just what they said it was, a rowing club, plain and simple.”  The sole building that was upat the time was a cloak room, now the staff room. 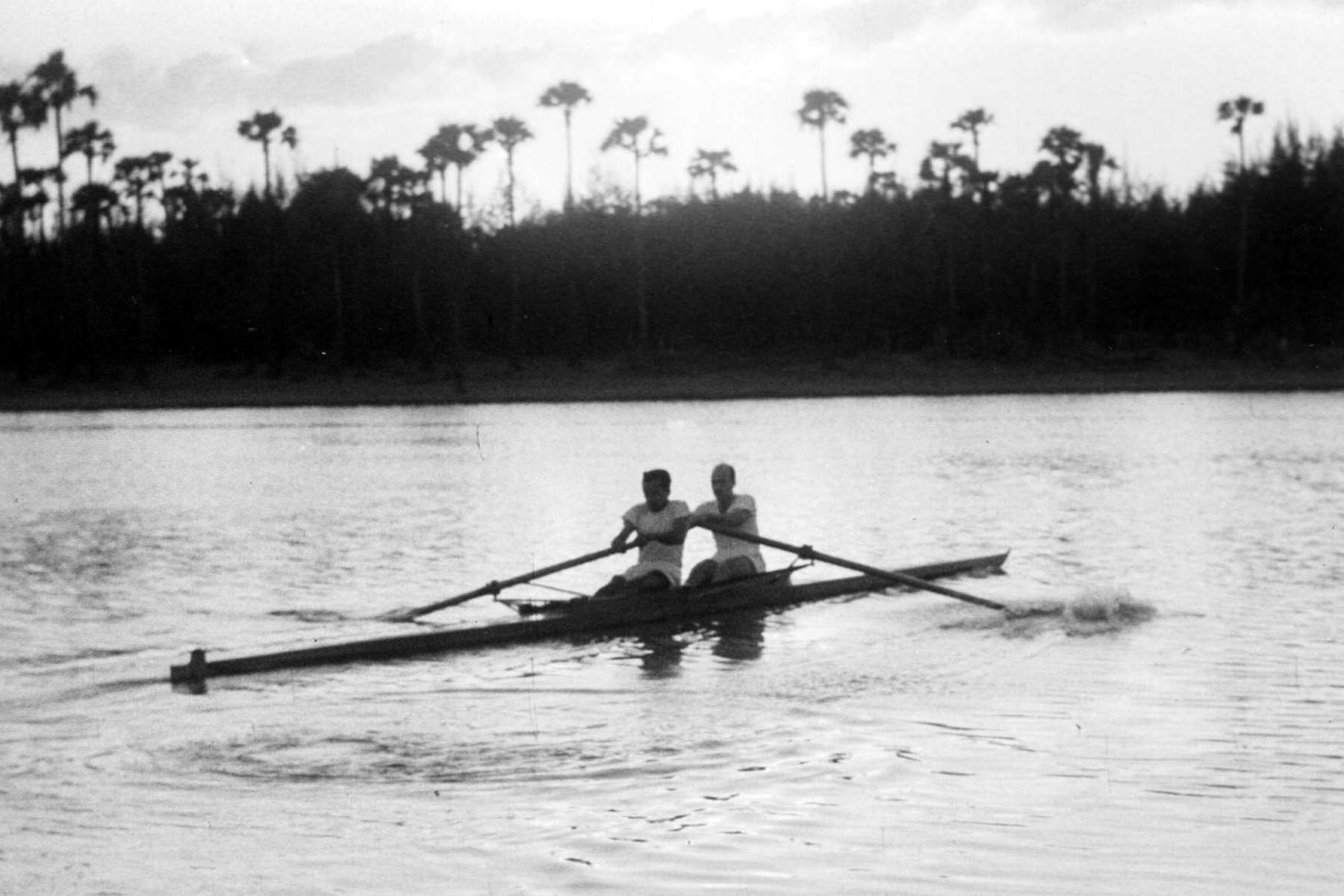 Reverie by the river

- The Madras Boat Club was founded in 1867 and is the second oldest club in the country. The first is the Calcutta Rowing Club which was set up in 1864.

Instagram-worthy moments at the time were when a fish jumped into your boat. “Those days you could see the fish and if you disturbed the water, you’d have fish, almost a foot long, jump into your boat. Now I don’t think fish live there anymore,” he reminisces with a sigh. And although most won’t volunteer this immediately, every oarsman remembers his first fall into the water. “At that time the river was very clean, I’d hate to fall into the water now. It is like a sewer,” says Madhavan. The highlights of every rower’s career of course were the regattas which were looked forward to with anticipation and bated breath, and for Madhavan a career high came at the age of 27 when he was chosen to go to Munich and qualified as India’s first international umpire. “The first batch of international umpires in India were trained by me,” he tells us proudly. And the rules were quite different back then. “If you saw two boats about to collide we would have to give the command in French,” he remembers, so foreign language skills were quickly added to his portfolio as well.

Always up for a teaching opportunity, this old timer wraps up our trip down memory lane with a speedy lesson even though there's no boat in sight. “If you want to balance a boat whether there’s a few people with you or just one person, you’ve got to learn the art of sculling,” he says. Turns out, this is an entirely different skill from rowing. “Rowing is when you have one oar in both your hands,” he gestures to clasped fists. “With sculling, one person has two oars,” he explains. Praying for arm strength fast to keep up with this 81-year-old at this point, we’re just grateful the oars these days are made of fibreglass, not wood!

• As a part of the 150 year celebrations, the high-profile Merchants, Bankers & Clubs (MB&C) regatta which stopped 10 years ago is being revived this year and will be held on June 24.

• Much anticipated is also the international invitation regatta with participation from rowers as far as Canada, Austria and Singapore, that will take place between July 18 and 22.

• The annual Madras-Colombo regatta which is held every year and also happens to be the oldest inter-club regatta in the world will take place on July 21.