Dad’s the way to go: Here's a handpicked list of fathers from Hyderabad redefining the role of fatherhood

Downtime with his ‘MLA’
Telugu playback singer Dhanunjay believes he is blessed that a creative job like his – of a professional playback singer – enables him to not just pursue his passion, but also spend adequate time with the new love of his life, Riya, his one-year-old daughter. “She is most likely to grow up and ask why I don’t go to office every day, but she is also sure to appreciate the home environment rich with musical notes, rehearsals and recordings,” he says. This 30-plusser is also famous on the live show circuit and often performs for the Telugu NRIs in the US. “Unless I am abroad for a show and that typically takes a month to complete the tour, I am mostly home, catching up with her antics. When I need to record, it is for a few hours. Once she grows up, I want her to come along wherever I go. Not many other jobs offer this perk,” he says. This ‘Riya’lity dawned upon him recently when his friends, who have conventional jobs, complain about straitjacketed works hours that don’t allow them to spend time with kids. He says this Father’s Day will be special if he manages to win at the award function slated for Saturday. “I have been nominated for the song you are my MLA. I hope that my MLA (My Lovely Angel, as the song goes) Riya will be my lucky charm and win it for me. That will be a great Dad’s day,” he says. 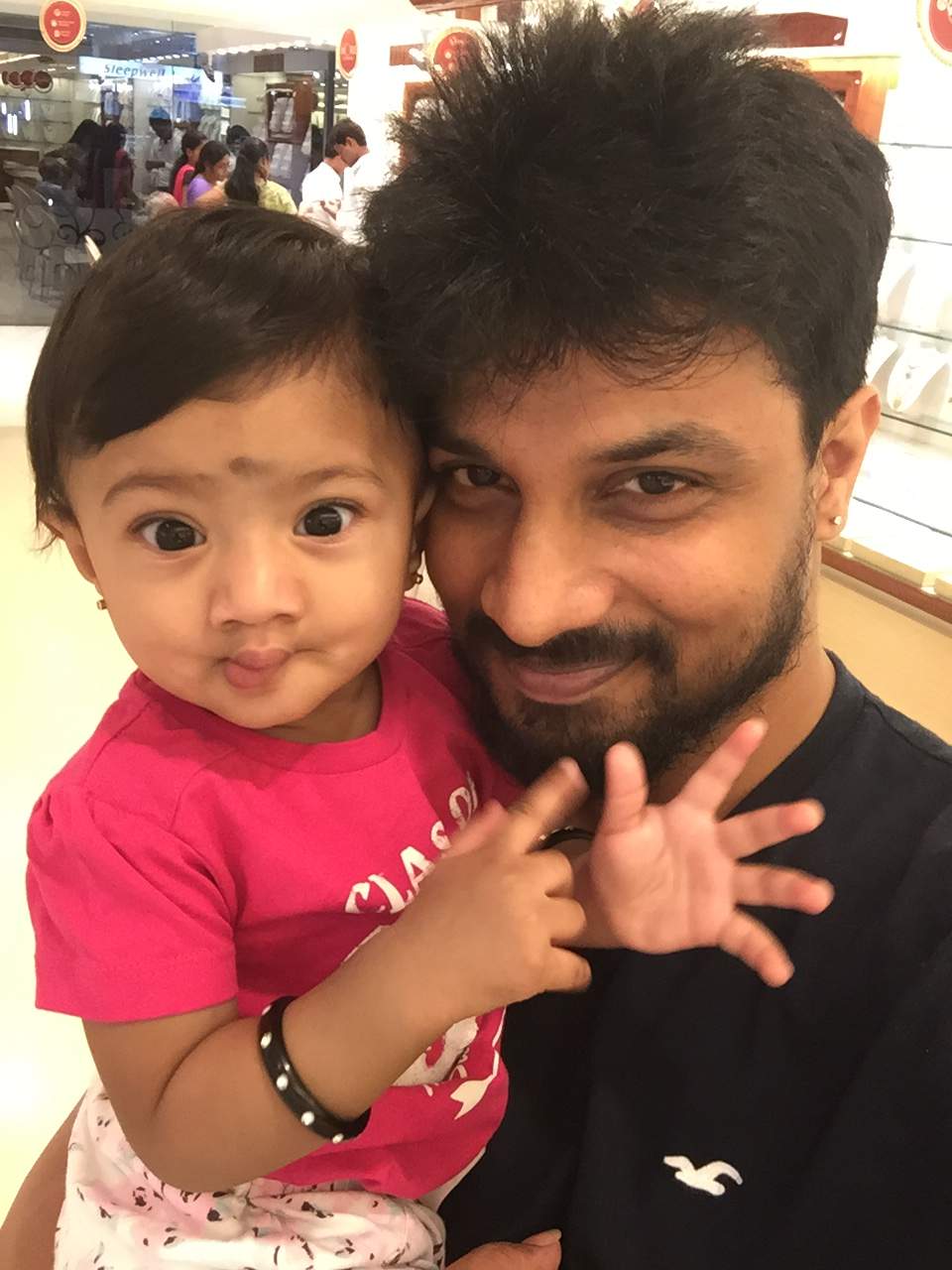 Life’s an adventure
He may have quit his job as the high-profile General Manager (Operations) of Anupama Hospitals four years ago, but his days are busy with a multitude of things. From booking the city folk for weekend inbound and outbound adventure trips around the city through his venture JanJay Adventures and also admit himself for a biopsy at Shimoga to battle his lung cancer in the fourth stage, he packs it all in a day. “I don’t have time (left), but I know I will realise our dream of making my daughter set a world record as the youngest to scale the world’s tallest seven summits,” he says with conviction. Right now, all his energies are focused on raising sponsorships for her South America ascent in November. This calls for a lot of meetings, presentations and parleys with corporate and ministries and he is glad he has to time to do it. “She has to inspire every girl in India. Till then, we won’t stop,” says Sriperambuduru, who will be spending Father’s Day at Narsipur Ayurvedic facility along with his daughter. “She is my strength and my medicine,” he says. 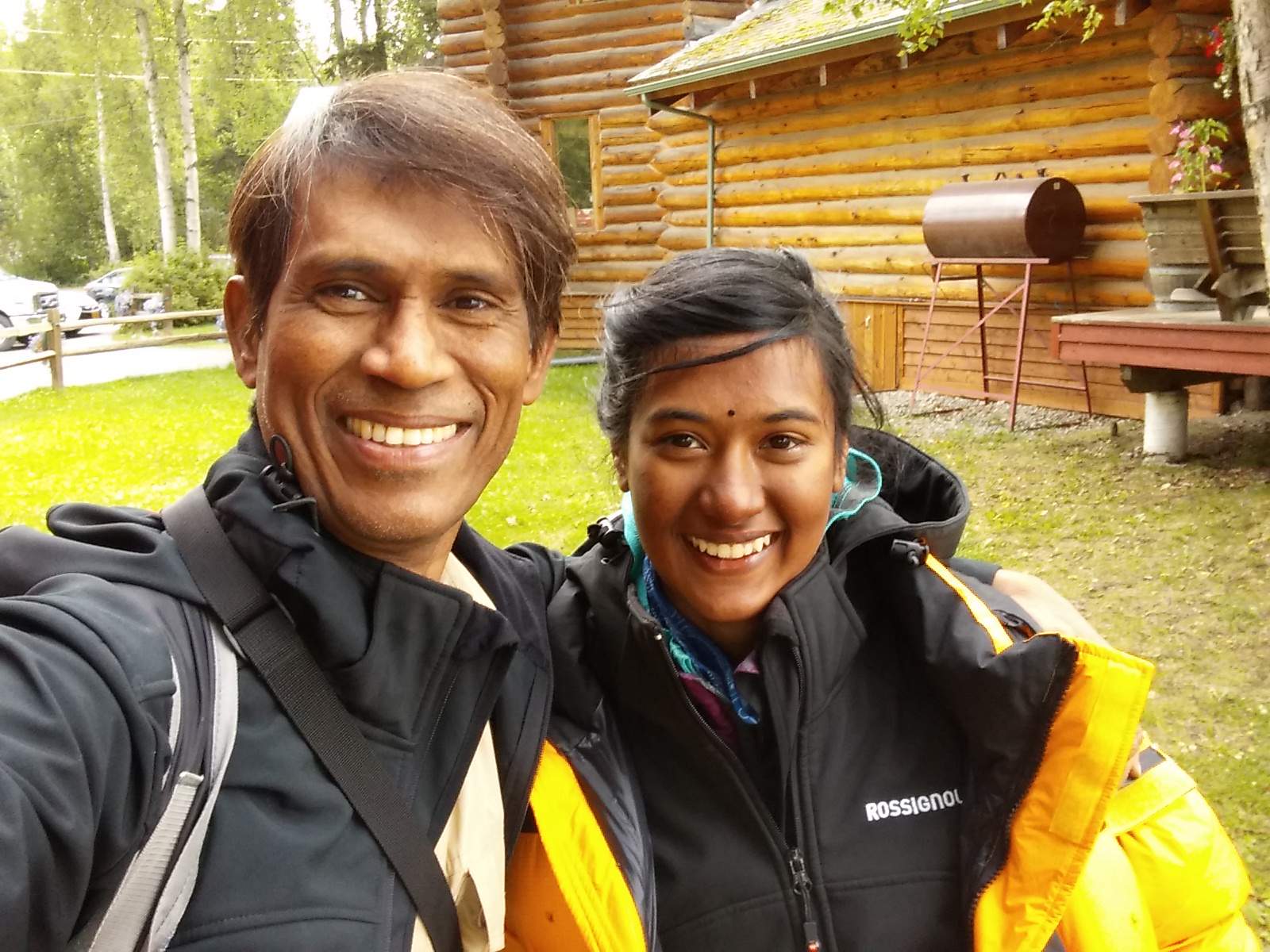 Date with the daughter
Venu Adika’s decisions are often dictated by Siri. No, not the iPhone assistant, but his nine-year-old daughter, a Karate champ who is bagged a gold at the 18th Milo International open karate tournament in Malaysia in May. A digital analyst who manages a YouTube channel called Garam Chai and consults for web media, this 39-year-old dad shifted homes (to stay close to her karate coaching class), opted for a quasi-work-from-home job and jumped many times into the swimming pool to teach his daughter the nuances of swimming. “Siri is a determined child and I need to give her a lot of time and motivation if she has to realise her dream of winning an Olympic medal,” says Adika. While his wife Sudha has a long commute to her 9-to-5 workplace, he manages to pick and drop Siri from school, karate class, physiotherapy sessions and even accompany her to her tournaments in India and abroad. “When I realised my daughter has big dreams, I also decided to opt for a job that would allow me to be around her and travel even at a short notice. I can always get back to work, but not her milestone years,” he says. 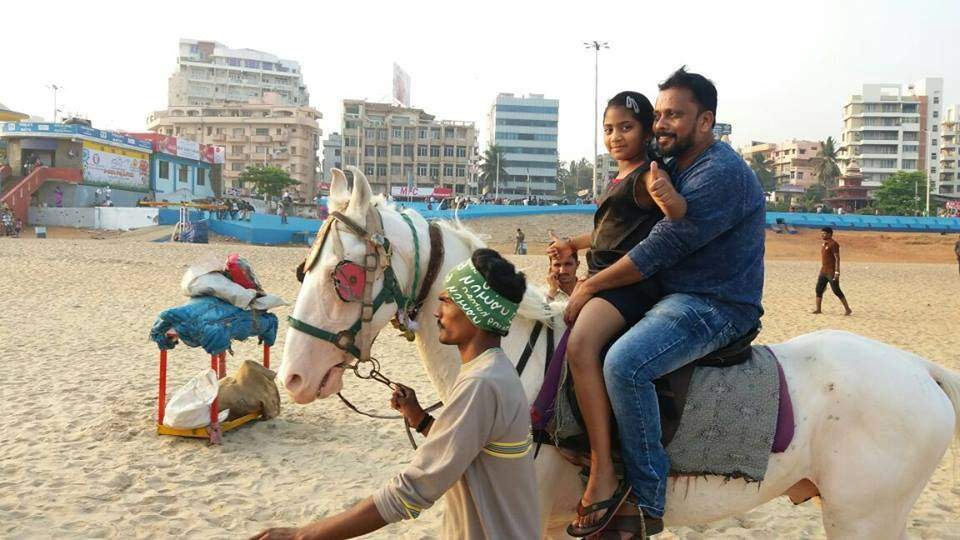 Three digidads who are the raging sensation in the world of tech-reviews:

Ranjit Kumar — Geeky Ranjit
Subscriber count: 900,422
Also a: #gadgetgeek #techsavvy
Top 3 Gadgets that I own: LG 34inch monitor, VH4 camera, Google pixel smartphone
Before I was a Youtuber:   I had a tech website called Tech2Buzz. Then I also used to some programming stuff for overseas clients. Sort of a software developer-cum-blogger
Why Youtube:  When I used to blog, I noticed others trying to copy content and pass it off as their own. I was fed up so much that I thought of leaving this completely. But then I thought of putting up videos. That way I could explain in a better way with visual medium and it would be hard for people to copy as well.
Offline presence: I am not much of an outgoing person. I hardly go out much, but I make sure to spend quality time with my family (wife and daughter).
Family says: Initially they were not much bothered because I used to work for myself before too. But now my daughter thinks its cool that I am doing these videos. ( Her friends ask her '' GeekyRanjit is your father?'')
Tips & tricks for future Youtube gadget gurus: The youngsters starting out on Youtube often think it's an instant success. But no, you have to put in a lot of hardwork, more than in maintaining a blog. It takes time to get the community. So be patient as well. 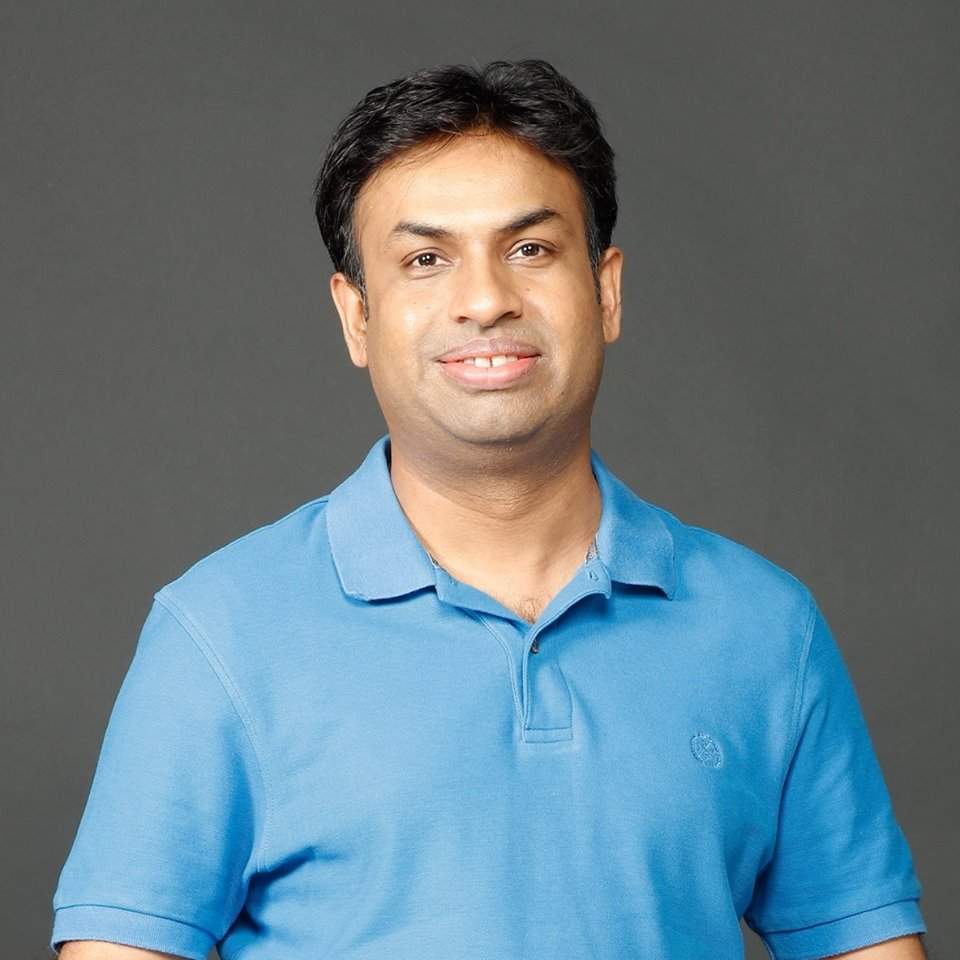 Amit Bhawani — PhoneRadar
Subscriber count: 104,500
Also a: #fitnessfreak #sometimescook
Top 3 gadgets that I own: Samsung Galaxy S8, FitBit fitness band, MacBook Air
Before I was a  Youtuber:  I was into blogging from 2005. I started off different online businesses like offering SEO Services, website development services, web hosting & business consultation.
Why Youtube:  Youtube has its own community which is parallel to the ones in social media. But the people on youtube might not be on other social media platforms and vice versa. Hence to cater to the newer audience we started the channel. Moreover, we get to connect to youngsters here more often than on the website. A video platform makes everything more intriguing.
Offline presence: We are a nuclear family. Me, my wife, 2-year-old daughter and a 6-year-old son.
Family says:  My wife motivates me a lot. She is glad that I am doing something that I am passionate about rather than the regular entrepreneurship. I get to learn different things while experiencing new technologies. ( Now my son makes unboxing videos too. Although we have put it on a stop now, he is enthusiasic about this online world.)
Tips & tricks for future Youtube gadget gurus: Just start. Stop going through manuals waiting for the right time. Begin with whatever you have. If you think you have an opinion, then share it. If poeple like your ideas and opinions, you will slowly start building your own community. 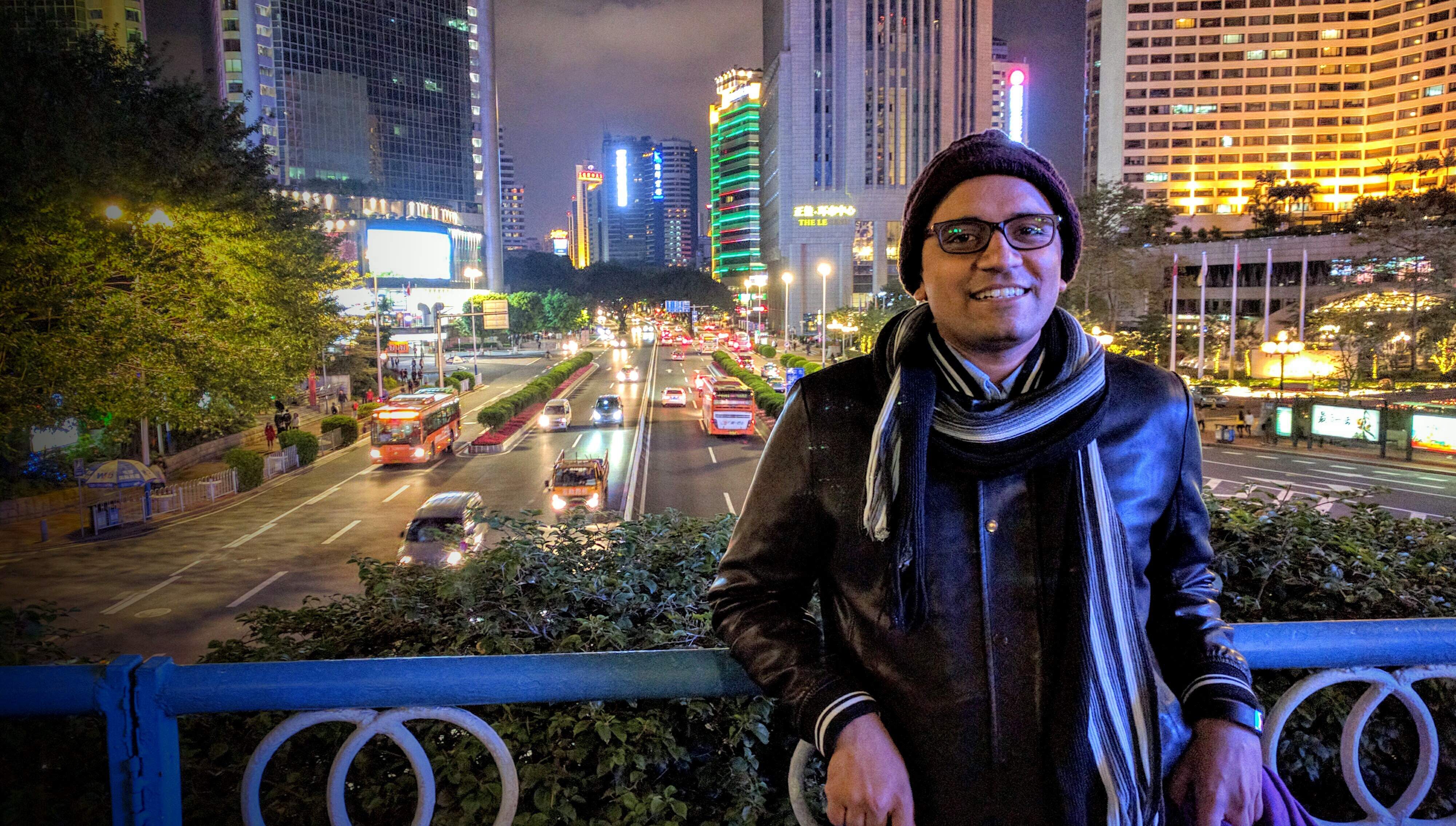 Praval Sharma — Sharmaji Technical
Subscriber count: 451,199
Also a: #techfriend
Top 3 gadgets that I own: My current smartphone ( changes frequently), my laptop and my camera.
Before I was a Youtuber: I was working in a corporate company in Bangalore as a support guy for corporate applications.
Why Youtube:  I am not fond of writing and putting up blogs. When you say or show something, people get more knowledge and they understand quickly. I think people like it more when somethings are explained witha demo rather than in text. I was watching a lot of youtube videos before I started to make my own in 2015.
Offline presence:  Wife and two and a half-year old daughter. My daughter has her own channel with more than 11,000 subscribers. I think she will be a YouTuber too!
Family says: When I started my wife used to ask me why I was wasting so much time on these things. But now she understands. She gets it that I have reached that level where I am recognised for my work.
Tips & tricks for future Youtube gadget gurus: Be unique! Bring something different to your channel that no other YouTuber has. For example, when I started, there wasn't anyone doing tech review videos in Hindi. That separated me from the others. "Kaam aisa karo jo duniya me koi doosra na krta ho" 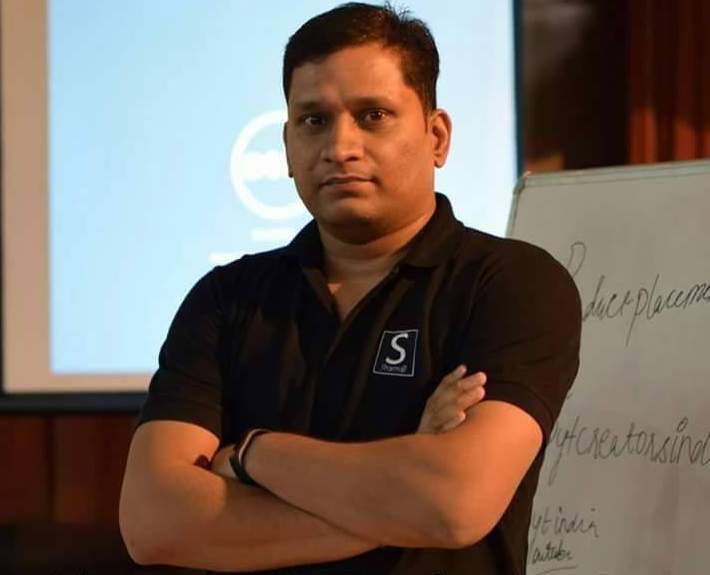 (With inputs from Poulomi Mandal)