In the mix: Raise your spirits Xmas style

Imagine this. Over 300 kilos of fruits and over 150 liters of alcohol going into one giant mixing bowl. Sure sounds like Christmas is right around the corner! Cake mixing ceremonies is a ritual that is religiously followed around the world and is said to be a harbinger/auspice of happiness and good tidings. While some hotels preserve their mix for a full year, others mix it just for a couple of months. From dates to raisins to ginger peels to candied fruits and even spices - the mixing is an elaborate affair with patrons and guests. 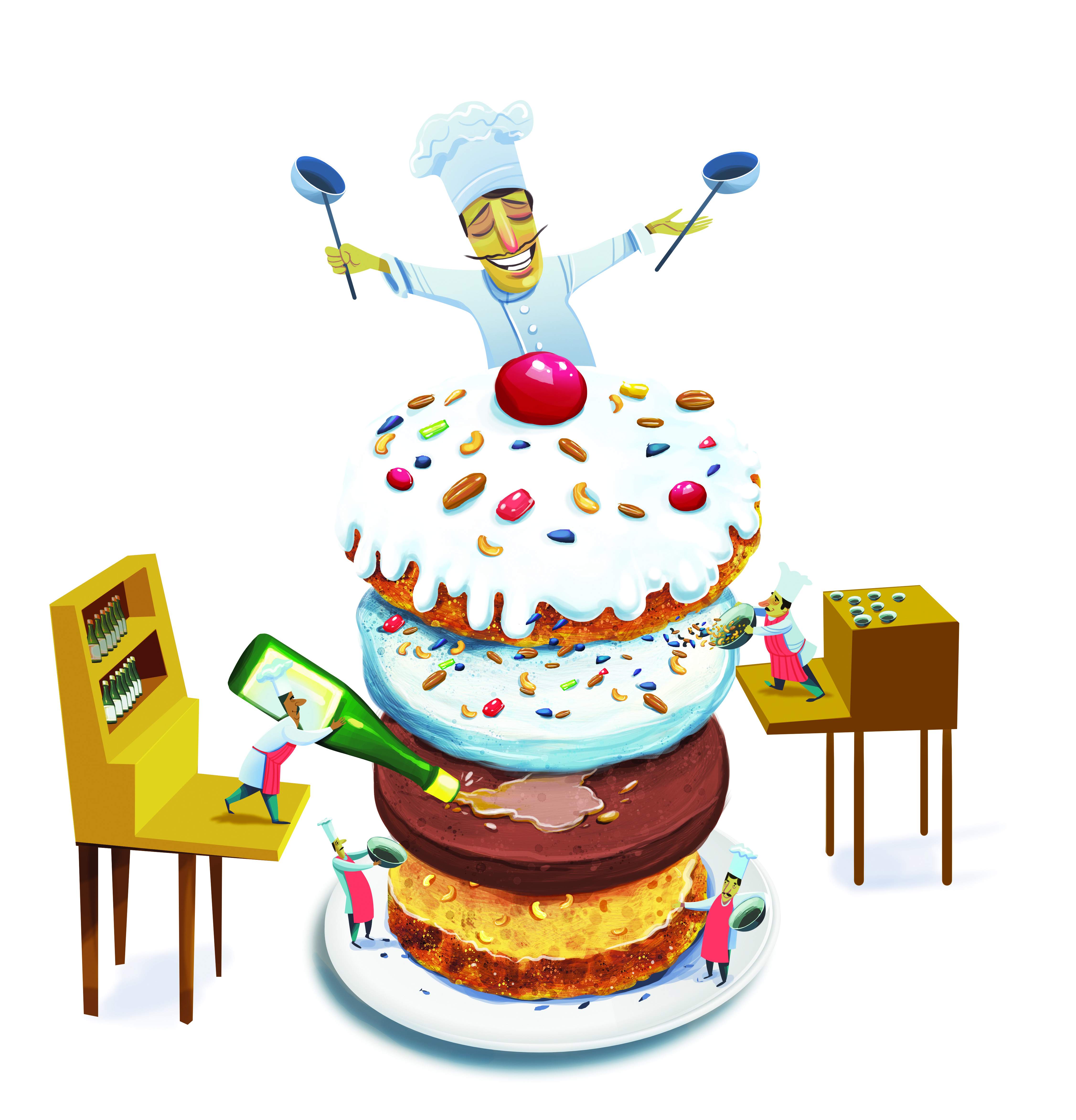 Chef Ashutosh of The Park talks about the annual cake mixing at the hotel premises where the staff and guests come together to take part in the event. "We did it in association with the Expat Ladies Association of Chennai so we had about 40-45 people in total. The fun part comes when we start to pour the alcohol into a mix. We have about 10 to 11 items that go into the bowl. Prunes, orange peels, raisins, dates, tutti frutti and dates." The Executive chef says that the mix is then sealed for six weeks before opening them just before Christmas. "We use last years mix for this year and mix it up with newly mixed batch. Basically, the mix is so potent that if you venture out after one of our mixing you could possibly get caught for drunk driving," says the Chef with a chuckle. If we have to trace the history of cake mixing, it goes back to the 17 century where it marked the arrival of the harvest season. The fruits and nuts harvested during that season is what went into the making of the traditional plum cake. The mix is preserved until the next harvest season with the hope that the next year would bring them the same prosperity.  "Innovations may come and go in the food industry, but some traditions should not be played with," says the chef. 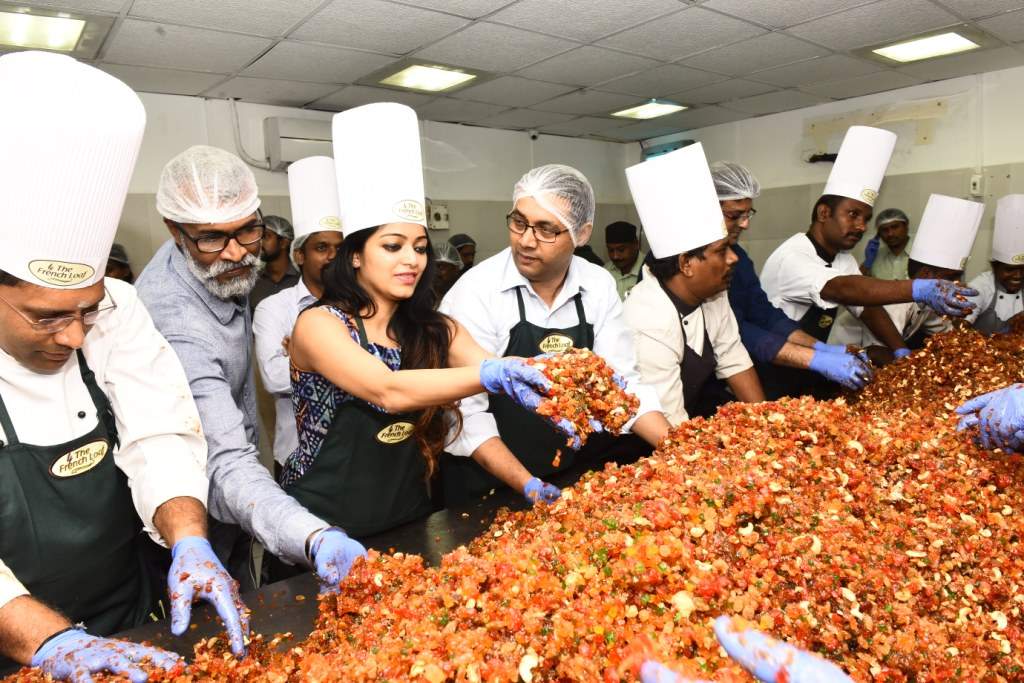 One of the city's long-standing confectionaries is French Loaf where an annual cake mixing event is organised as well. Headed by the corporate chef Boopesh, the French Loaf chefs mix a variety of ingredients weighing a whopping 17,500 kilos to create plum cake at its commissary in Clarke’s road. Actress Janani Iyer joined in on the fun as well. "We mixed around 1675 kilos of plums, peaches, pears, pineapples and apples, 1,850 kilos of tutti frutti, 800 kilos of dry cherries, 750 kilos of dates, 460 kilos of cashew nuts, 350 kilos of orange peel, 350 kilos of ginger chips, 1160 kilos of white raisins and 175 kilos of mixed fruit jam were also blended along with this mixture," says Chef Boopesh.  In addition, 46 kilos of garam masala, 25 kilos of cinnamon sticks, 11 kilos of cloves, 11.5 kilos cardamom, 6 kilo of jadikkai and 3.5 kilos of bay leaves were also used and now we can almost smell that cake! What's more? This was soaked in 580 litres of premium rum to bring out the authentic festive flavour. Now, that's a cake power packed with flavours and spirits!

An extensive and Herculean task, cake mixing successfully stood the test of time only because people around the world made sure that it continued as per tradition. With its roots in several parts of India, Chef Sujan Mukherjee of Taj Coromandel gives us heartwarming anecdotes of his Christmases in Kolkata. "This is my third Christmas in the city and every year has been memorable," says the executive chef. "However, my fondest childhood memory with Christmas is in New Market in Kolkata. Like Chennai, that's a colonial city too so it had its own charm. Every family has their own cake mixing day. We then give it to the bakery and he ensures that we get our cake in time. The best part about this is that this way family secrets and recipes will stay intact and not be passed on outside the family." When it comes to the actual mixing, the chef likes his mix to have more rum than vodka, whiskey or brandy. "It has a naturally sweet taste because of the molasses so I prefer it that way." Owing to the high sugar and alcohol levels in the mix and the duration of preservation, the concoction is sent to microbiology labs for testing and to ensure that the quality is superior.

The traditional cake mixing ceremony at Taj Coromandel will be held on November 24 at Prego, and on November 14th at Le Royal Meridian.