That's the spirit: Ring in the festive cheer

Christmas mood has been ushered in The Nilgiris with tourists, including foreigners, and enthusiastic residents joining the professionals led by Executive Chef R Surendran at Gem Park Hotels and Resorts Ooty in the traditional cake mixing ceremony.

This European tradition dating back to 17th century signalled the end of the harvest season and also encouraged people to make their wishes for the New Year. The fruits and nuts harvested during season went into the making of the traditional plum cake, with portions being preserved until the next harvest season with the hope that the new year would bring them the same prosperity. Originally a family affair with all members of the family eagerly participating in the mixing, thereby ushering in Christmas – New Year festivities, the tradition has now become a quintessential Christmas ceremony across the world. 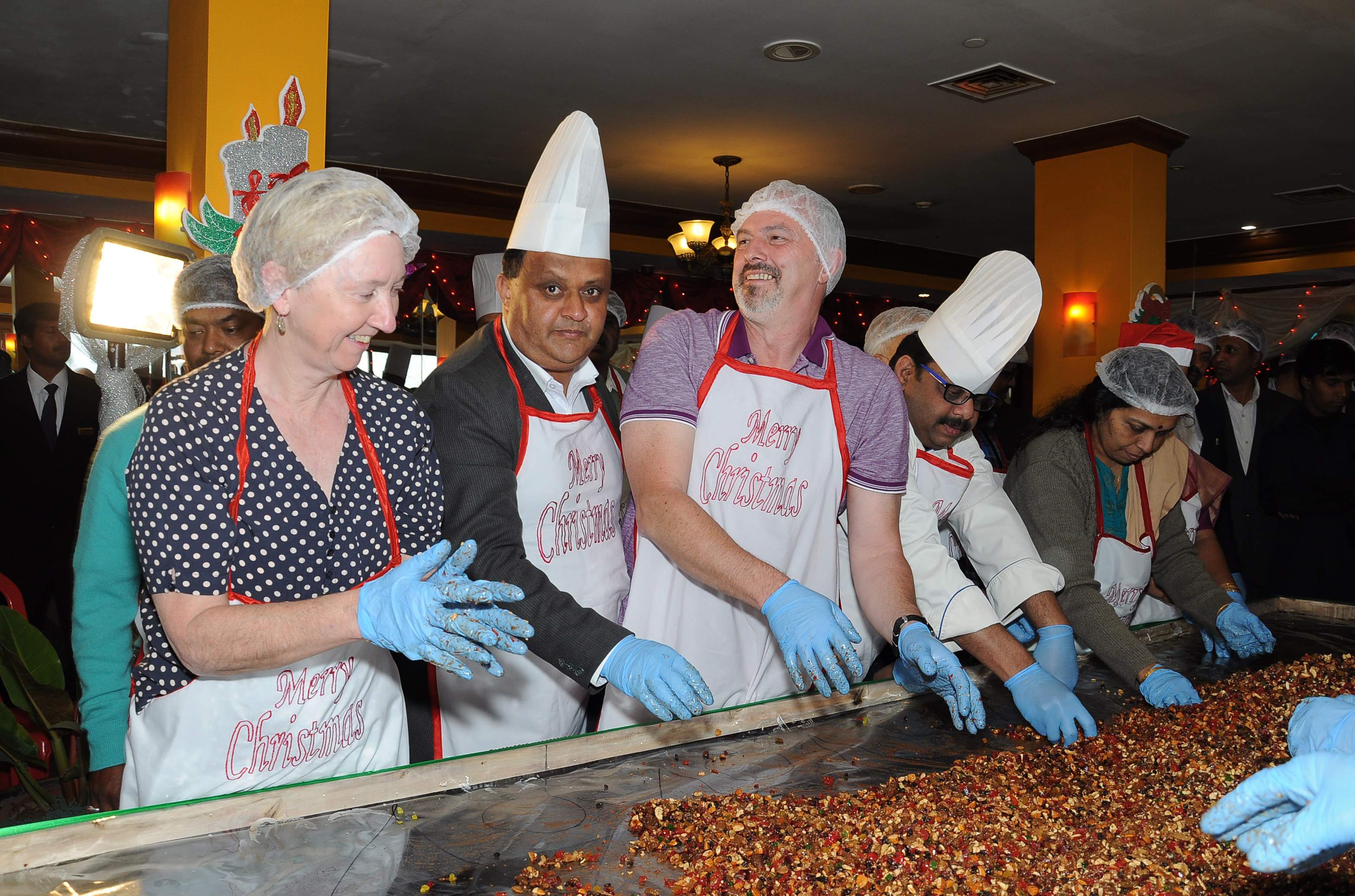 Endorsing this sentiment, Ann Lumley from England, joined in on the ceremony with her husband Stephen William and said that she would mix the cake in her house every year before Christmas and the ceremonies made them feel right at home.

“We regularly follow the European tradition of cake mixing which is hailed to be a harbinger of good tidings.  Every year, our guests look forward to this ceremony as Christmas is no fun without cake mixing celebration but, the process of Christmas cake baking has to start a month ahead with this mixing event”, said Resident Director Ismail Khan. 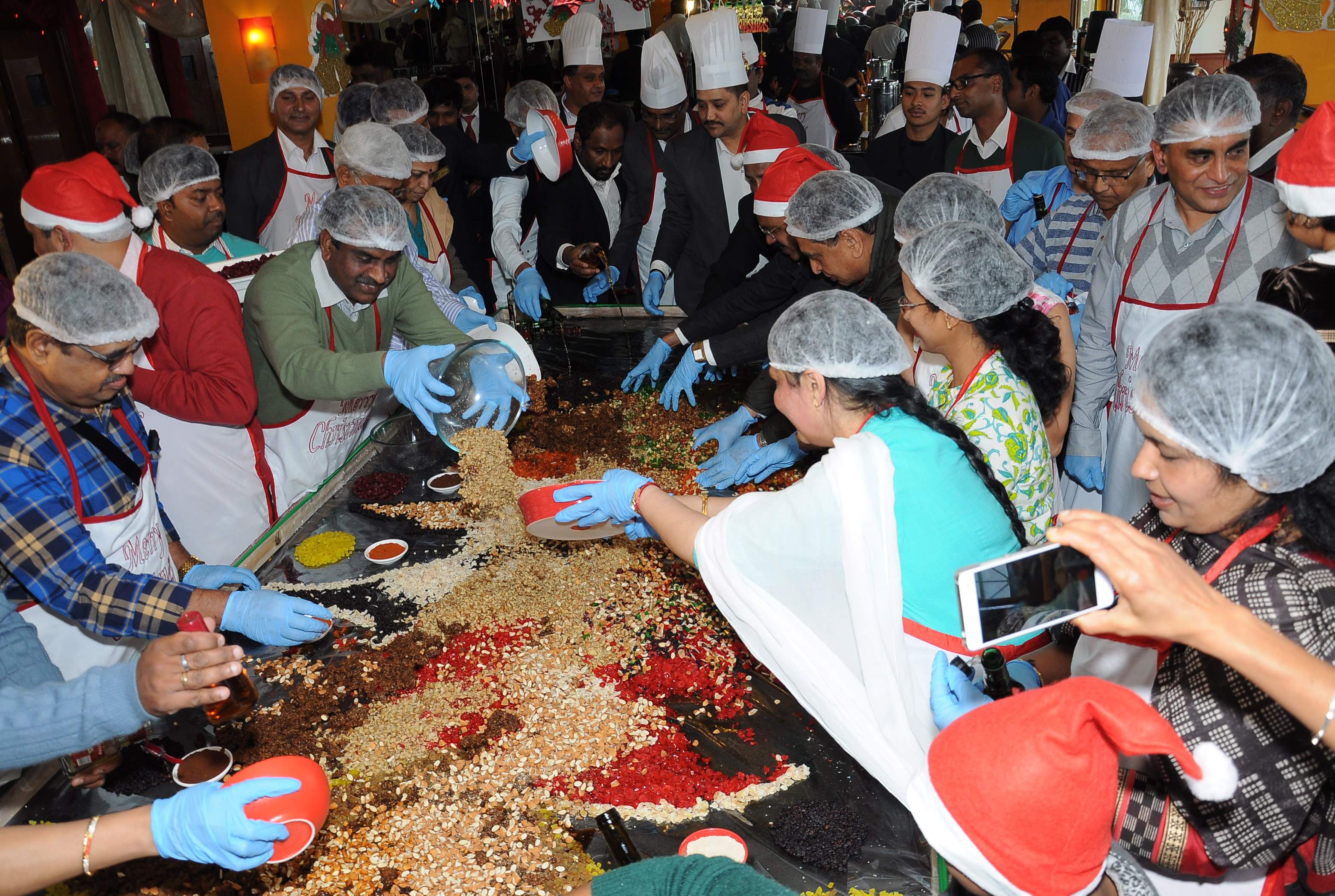 Headed by Chef Surendran, participants at the Toda Café restaurant mixed raisins, black currants, prunes, cashews, pistachios and almonds, glazed dates, cherries, candied orange and lemon rinds, besides freshly ground spices. “Liberal volumes of liquor, fruit juice and honey are also used,” he explains. Allowing the mixture to soak for one month with periodical stirring, the hotel will begin baking its cakes from December 15. “By December 20, we will have 120 kg cake made ready for the Christmas week”, shares Pradeep Kumar, the F&B manager.

With orders already piling in, cakes will be available in one kg and half kg packs. Interestingly, the cake mixing ceremony has also become a platform to showcase patisserie capabilities for other events. “We have received orders for a marriage party to be held in February 2018 where we will bake 60 kg of the special cake. However, the highlight will be a three-layer wedding cake,” Pradeep shares.