In a society that promotes unilinear understanding of tradition and religion, it’s important to keep an eye out for and contact those who dare to claim otherwise. For Anjali Monteiro and KP Jayashankar—award-winning filmmakers from Mumbai—doing so meant documenting the lesser known oral traditions seen in Kachchh, a region in Gujarat that has remained peaceful during the worst of communal revolts. A result of their work in the region since 2008, Anjali and Jayasankar have already brought out two films centred around the region named Do Din Ka Mela (2009) and So Heddan So Hoddan (2011).“We returned to Kachchh in 2016 and were fascinated by a project of Kutch Mahila Vikas Sanghatan that focussed on the rejuvenation of some of the precarious folk and Sufi traditions. Having identified four groups of musicians/musical forms we began afresh in Bhujodi, Bhuj, Banni, and Lakpat,” shares the pair who work at Tata Institute of Social Sciences. Created based on their research, sprawling across a year, A Delicate Weave will be screened at Kochi this weekend. 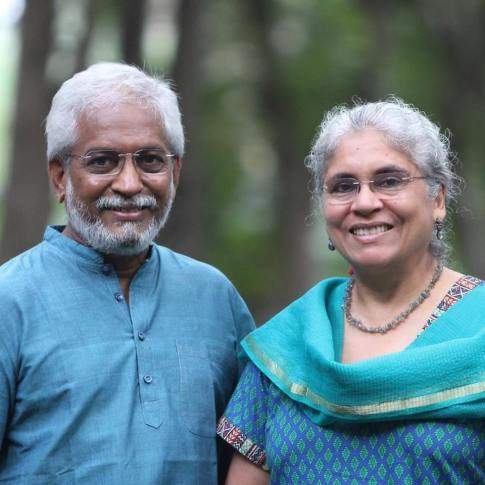 Roots revival
Focussing on the lives of nomadic and pastoral communities in the area, this 67-minute-long production looks into prominent musical narratives based the songs of Kabir, a 15th-century mystic poet, and Shah Abdul Latif Bhitai, a Sindhi Sufi poet who wrote the Shah Jo Risalo. Due to their open-ended and adaptable nature, these songs have remained relevant and are now serving as a proven antidote against intolerance.“Regardless of their religious identity, the communities in Kachchh share common traditions, based on mobility for centuries across porous borders,” explains the duo, adding that they see such beliefs and movements as bulwarks against the hardening divides in the South Asia region. Currently spending their time between Mumbai and Kachchh, the couple is hoping to bring out more films based on these locales in the coming months.