Here's what you need to know about Tipu Sultan's legendary sword

Tiger of Mysore, Tipu sultan's sword is considered to be one of the world's rare artifacts. The famous single-edged sword made of fine steel with curved blade belongs to the closing years of the 18th century.

How it looks: The sword has a hilt with a circular disc pommel, oval grip, small knuckle guard, short quillings and small langets damascened all over in gold in floral design. The steel blade is inscribed and bears verses from the Holy Quran along with the name of Tipu Sultan and his capital Srirangapattanam. The wooden sheath is covered with maroon velvet. 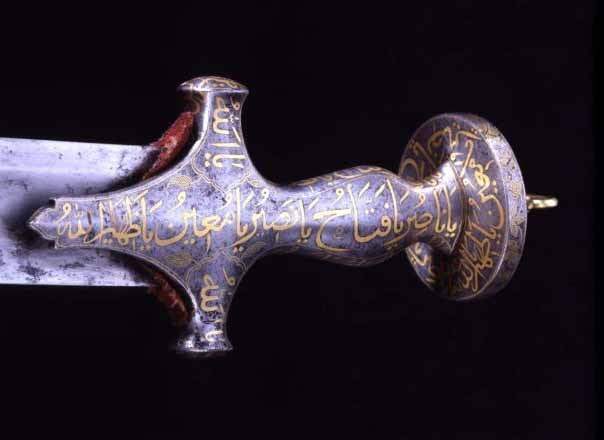 On the handle of the Tipu Sultan's steel sword was the following inscription (translated into English). "My victorious sabre is lightning for the destruction of the unbelievers. Haidar, the Lord of the Faith, is victorious to my advantage. And moreover, he destroyed the wicked race who were unbelievers. Praise be to him, who is the Lord of the Worlds! Thou art our Lord, support us against the people who are unbelievers. He to whom the Lord giveth victory prevails over all (mankind). Oh Lord, make him victorious, who promoteth the faith of Muhammad. Confound him, who refuseth the faith of Muhammad; and withhold us from those who are so inclined. The Lord is predominant over his own works. Victory and conquest are from the Almighty. Bring happy tidings, Oh Muhammad, to the faithful; for God is the kind protector and is the most merciful of the merciful. If God assists thee, thou wilt prosper. May the Lord God assist thee, Oh Muhammad, with a mighty victory."

The journey of the sword: Tipu Sultan lost his sword in a war with the Nairs of Travancore during the Battle of the Nedumkotta in the year 1789. The last sword used by Tipu in his last battle, at Srirangapatnam, and the ring worn by him were taken by the British forces as war trophies. The Maharaja, Dharma Raja then gave the famous sword to the Nawab of Arcot, from whom the sword was taken away forcibly by the British and sent to London.

Until April 2004, the sword was kept on display at the British Museum London as gifts to the museum from Major General Augustus W.H. Meyrick and Nancy Dowager. The legendary sword was bought by liquor tycoon Vijay Mallya for 1.5 crores, when the descendants of General Baird auctioned it in London in September 2004.