Every path has its puddle. That’s a phrase we kept hearing at relief camps across the state this week. A simple sentence that personifies the irrepressible attitude of Malayalis—downplaying the lethal amount rainfall, reportedly over 2,000 mm the state received during this monsoon, to mere puddle water.

Nevertheless, these weren’t disillusioned voices. Every soul who endured this disastrous flood acknowledges that this harsh journey of rehabilitation, rebuilding, and recovery is just beginning.
This is why life isn’t standing still in the flood-ravaged state anymore. In an attempt to understand the resilient Malayali mindset, some historians have even drawn parallels to what was happening in Europe on the brink of World War II.

A time when every able-bodied person in the continent and beyond; regardless of age, religion, political inclination, occupation, sexual orientation, etc, heeded to the distress call. A point in history when all differences were forgotten, as everyone tried to help however they can to do whatever they can, and more.

That’s comparable to what we are witnessing in God’s Own Country during the past 20 days. Volunteers are pouring in from every corner of the country, furthermore, those beyond our borders are putting their money where their mouth is (in some instances, even breaking open piggy banks!).

And most importantly, people are finding time to genuinely seek out and help. It’s almost as if Malayalis are ashamed if they aren’t helping out. Some—who admittedly didn’t bat an eyelid when Cyclone Ockhi struck the coastal communities and scoffed at them during the door-to-door Ockhi fundraising campaign—are being taught a life-altering lesson in compassion; as fishermen from the aforementioned region risked their lives and livelihood to come to their rescue.

The efforts by the Indian Army, Navy, National Disaster Response Force, and the State police, fire force and the State civil service are equally insurmountable. Though the list is limitless, we focus on a few groups of good samaritans who hearkened to Kerala’s siren song of suffering. 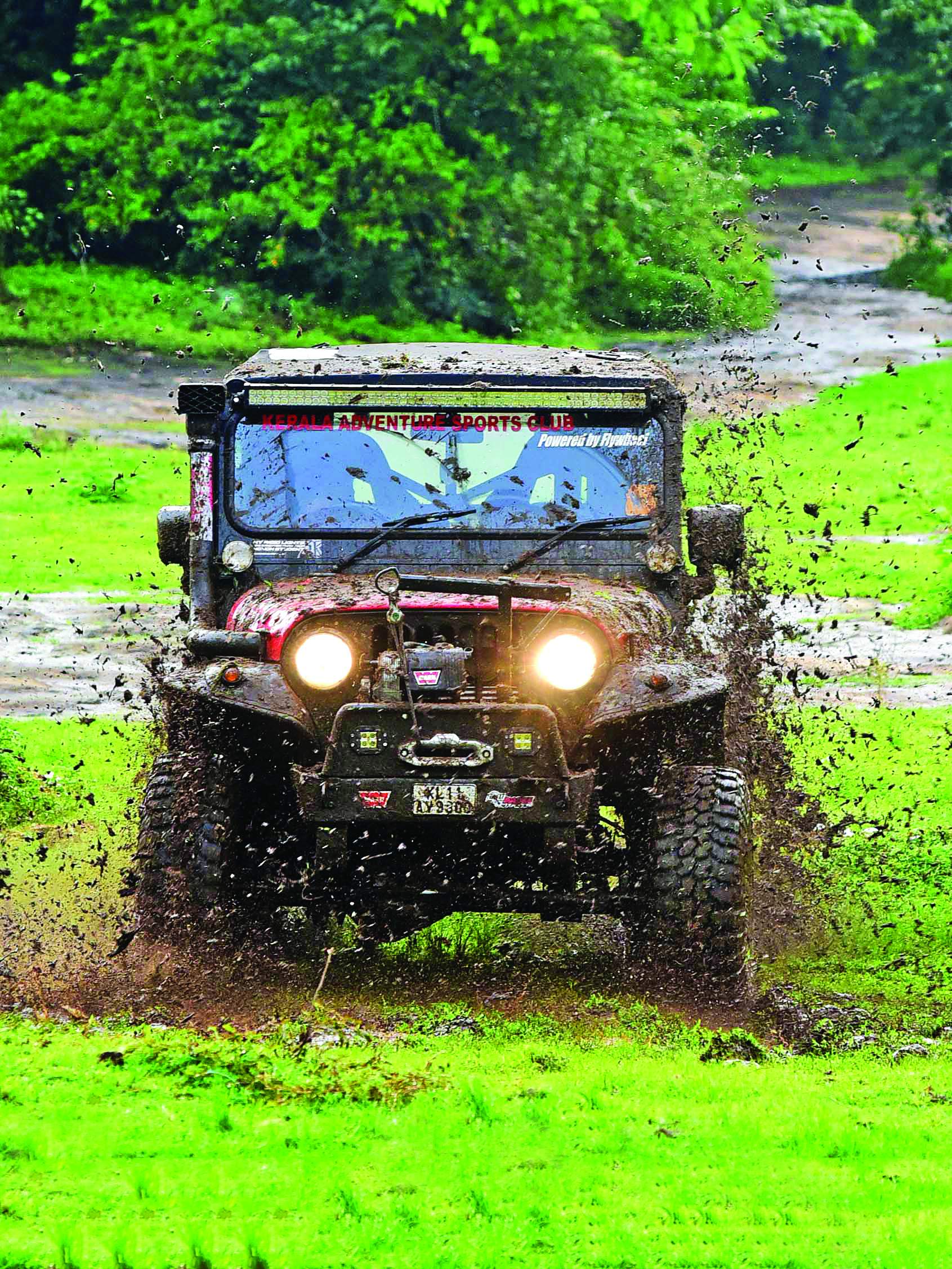 Open call
Besides the authorities, NGOs, and volunteers, one of the first tireless humanitarians to reach out were off-roading experts. These ‘jeepers’, as they like to call themselves, shared their contact details online and arrived in their 4X4 automobiles which are rigged to perform in such harsh terrain conditions.

Groups like Kerala Adventure Sports Club quickly tapped into their network brimming with off-road enthusiasts present across the state from Thiruvananthapuram to Idukki. Some of them even worked in tandem with district authorities and local volunteers (who know the lay of the land) to help with evacuation efforts, vehicular recovery, and delivery of essentials to those in flood-affected regions.

Just as Kerala is known as an off-roading haven amongst thrillseekers, its football fanbase is renowned world over. This is apparent in everything from the Manjapada’s initial volunteer drive at Kerala Blasters’ home ground (JNU Stadium) to East Bengal FC’s humble gallery donation. Indian national team captain Sunil Chhetri also posted a heartfelt message of assistance to all Malayalis. That’s not all, behemoths from the international football community including Liverpool FC and FC Barcelona have also extended their support to Kerala during these trying times. 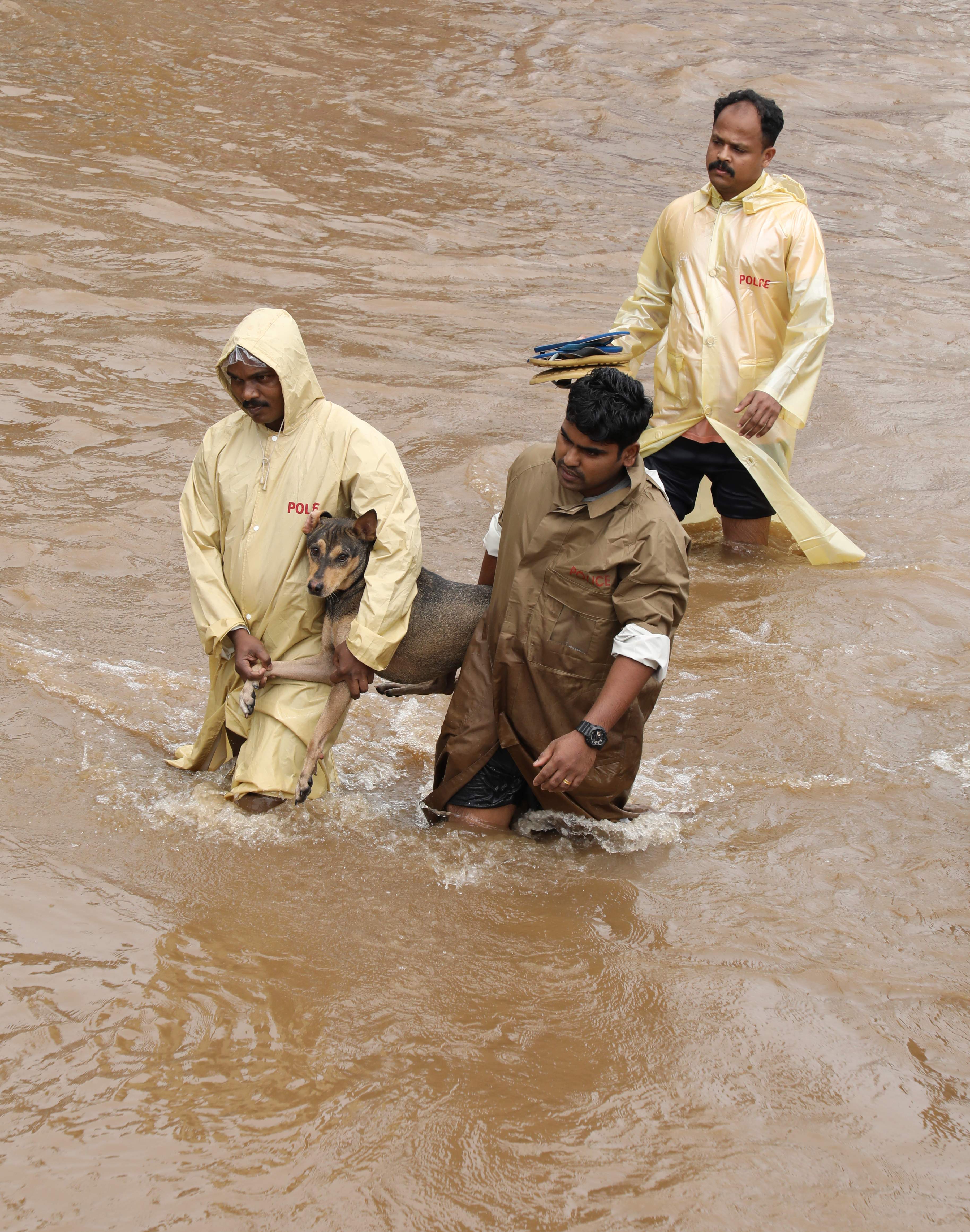 Another crowdsourced and live-verified rescue/resource mapping site, keralafloodrescue.com, which garnered over 2.6 million views within days, was created by a group of NRI friends who actively scanned social media spaces like Whatsapp.

Speaking of social networking sites, there was a flurry of tweets recently when  A R Rahman sang ‘Don’t worry Kerala’ at his recent live concert in California. The musical maestro also urged his fans to donate generously to relief funds. Cine stars did their bit too. The biggest names in Bollywood, Tollywood, and Kollywood sent humongous donations to the Chief Minister’s Distress Relief Fund.

Some actors, like Tovino Thomas, went a step further than simply unloading their purse. Tovino opened up his home to those affected by the floods and actively participated in rehabilitation efforts at camps alongside survivors. Poornima, Jayaram, Indrajith, Jayasurya, and Asif Ali are some of the other big screen names who actively helped out.

It is with great contentment that we reiterate; for every group cited above, entire legions of volunteers have gone unmentioned. For every photograph of kindness captured and every heroic act recorded, a million moments may have gone unwitnessed.  This simply signifies the epic proportion of strenuous humanitarian work still unfolding around us, as you read these words.