Dreaming big and achieving has nothing to do with age and Padmanaban Gopalan is an excellent example of it. The 25-year-old entrepreneur from Coimbatore, who works tirelessly towards eradicating hunger, has not only been the reason behind many people going to bed with a full tummy but also the reason behind making the city proud.

The youngster who started the initiative called No Food Waste, a food distribution network in 2015 to reduce food waste, and facilitate collection and distribution of food to the needy, recently won the ‘Commonwealth Youth Person’ award for the Asian region 2019 in London. “About 30-40 per cent of food gets wasted on a daily basis in our country and ends up in a landfill and easily 20 per cent of this is from the retail side. So we started an initiative to reach out to these retail outlets and collect the food and distribute them to thousands who go hungry everyday owing to various reasons,” says Padmanaban. The initiative quickly found its footing and is now spread across 12 cities and are also working with the Food Safety department.

One would be surprised to know that Padmanaban is an engineering graduate from the prestigious Government College of Technology in Coimbatore but he refused to settle in a cushy corporate job, instead opting to join with his friends to spearhead the No Food Waste movement. “When I was in college I had an opportunity to meet many people from different states and cultures and it was interesting to see that they always had a lot of value attached to food. But only in urban areas people value food with money and I wanted to change that perspective,” he says. 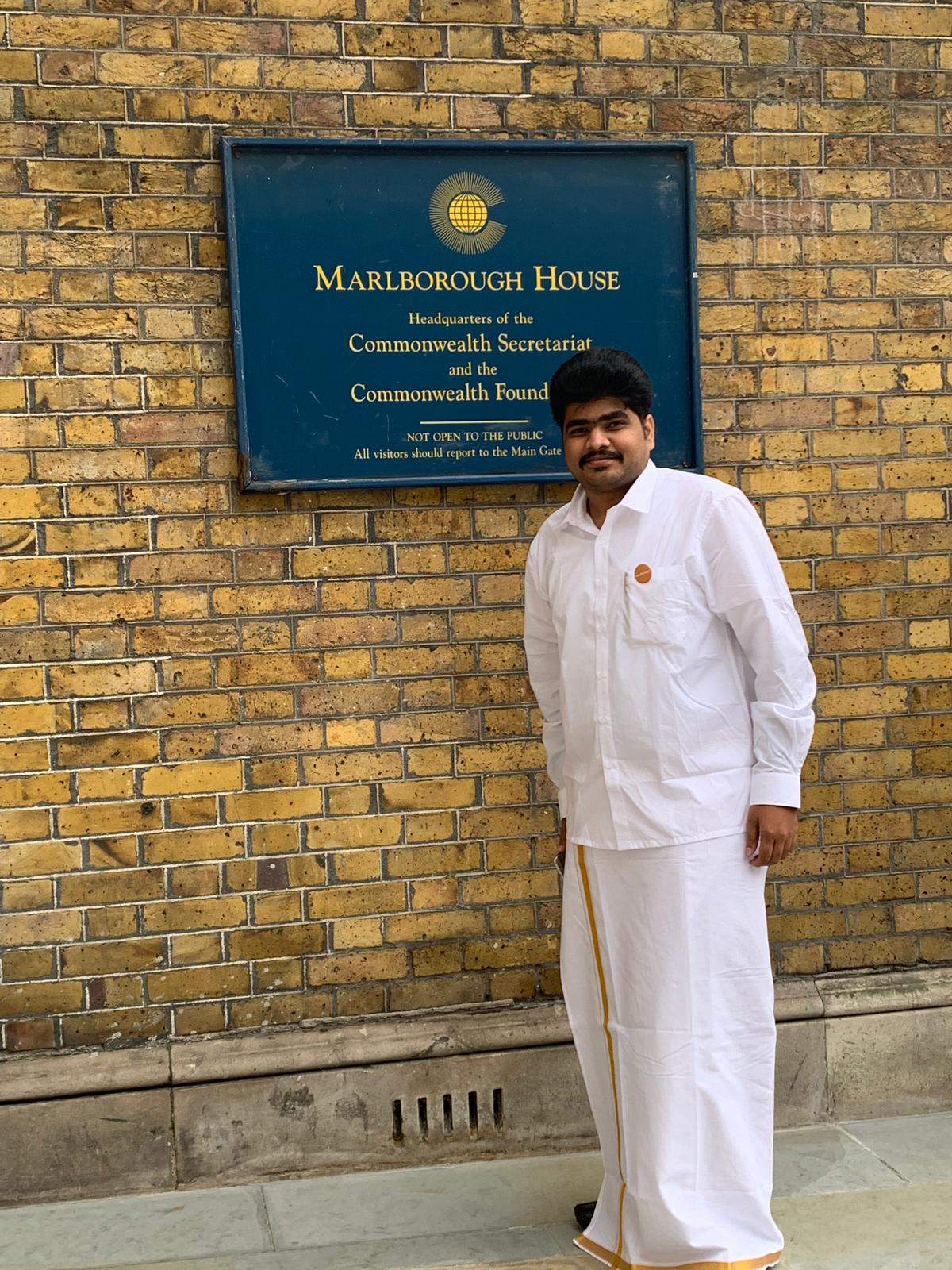 While his initiative has grown rapidly in the country, it is certainly special when the Commonwealth recognised the effort and honoured it, says Padmanaban. Recalling his experience of meeting the Prince of Wales, Charles, during the awards ceremony reception, a visibly happy Padmanaban says, “I am a youngster from down South and it was surreal to be among the Royals and when the Prince walked up to me and asked questions about my project, I was stunned. When I explained it in detail he was truly impressed and appreciated me for taking up such a relevant issue and working on it.” He also said I had a long way to go and that is enough motivation for me to push further, added Padmanaban.

Emphasising that only local action leads to global solutions, the entrepreneur says that it is important to catch them young. “We go to school and conduct workshops on food waste eradication and stress the need to value the food we eat,” he says. The youngster also added that college students should not use their friendship only to have a good time but also find their purpose in life. “It is important for like-minded people to come together and take up an issue, big or small, and brainstorm ways to find solutions for it. We owe it to the society,” he says.

Talking about his future plans related to No Food Waste, he says that his team is in the process of food recovery on a larger scale and is in discussions with food banks to create a food map to identify places of supply and demand.” The team is also in the process of developing technology to focus on pre and post food harvesting. “Our aim is not to expand our initiative. In fact, the real success lies in shutting down when we make sure no one goes hungry,” says Padmanaban.