Heavy fuel: They’re young and fast and there is no stopping them from racing their way to the finish

Living the legacy of the pioneers of Indian Motorsports like Sundaram Karivardhan and matching standards of racing greats like V R Naren Kumar, N Leelakrishnan and the city’s own Formula 1 driver Narain Karthikeyan, we look at young talent that’s doing its best to keep Coimbatore’s racing heritage alive. 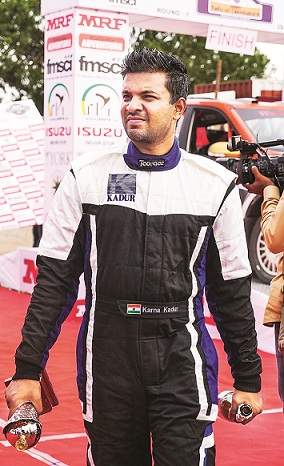 If you were to document the city’s contribution to the Indian National Rally Championship, you would soon realise that four out of the eight champions have been from Coimbatore, this including the current INRC defending champion Karna Kadur. Inducted into the sport through Red Rooster Racing’s talent identification program under the tutelage of six-time INRC Motor Rally Champion N Leelakrishnan, the then 19-year-old won his first Rally Star Cup Championship in 2009. Driving as a privateer in 2011, the racer went on to win his first national championship in Group N of the INRC with the only female navigator, Somonita Ghosh, in the championship that year. With consistent titles in 2012, 2014 and 2015, the Coimbatore-based driver partnered with Nikhil V Pai in 2016 and won the Rally Championship. One of the lucky few to have worked with Leelakrishnan, Karna’s race-winning cars have consistently been tuned and prepared by the rally champ of yesteryear. “My association with Leelakrishnan started even before my career in motorsports,” he says affectionately, adding, “He has been a great source of encouragement and inspiration. We’ve won five different titles under his guidance. Anyone and everyone of Indian motorsports has been involved with him. It may have been either for technical preparation or just as an advisor or mentor.” Shuttling between Bengaluru and Coimbatore, Karna moved to the city in 2015 to head the team at Arka Motorsports  based in Coimbatore.

Trailing by seven points behind the three-time Asia Pacific Rally Champion Gaurav Gill, Karna Kadur and co-driver Nikhil Pai were placed second overall in the Indian National Rally Championship following their wins in Round 1 and 3 at  Chikkamagaluru (at the time of printing). The Manager Motorsports at Red Rooster Performance International, the 27-year-old says that Arjun Narendran (Indian National Touring Car Champion from Coimbatore) and Dean Mascarenhas (INRC) are some of the talents to keep a look for out in the next couple years. 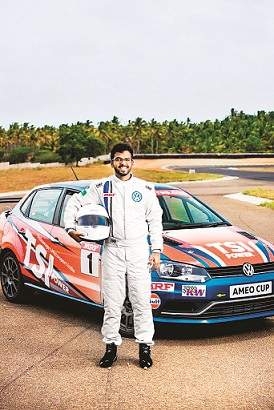 Johir Suresh’s introduction to the world of motorsports happened while he was still young. “Living in Coimbatore allowed me the chance to watch races at Kari Motor Speedway,” says Johir Suresh. I was 11 when I met Narain Karthikeyan. It was also the first race I had gone to. I remember watching Ashwin Sundar who won the race by a huge lead in his Amaron Rolon F4. After that, I knew I wanted to race.” But like any other youngster who has grown up with the dream of driving under the title of a premier form of racing— Formula 1, little did he know that seven years later he would be the youngest driver to be selected for the Volkswagen Motorsport Ameo Cup 2017. 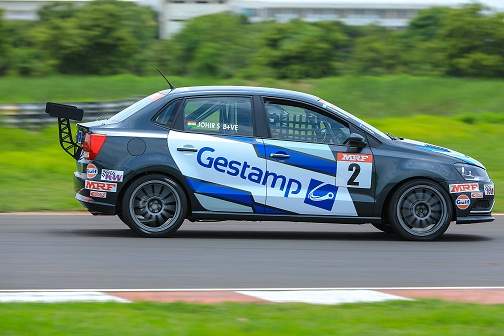 A second-year student of automobile engineering in Manipal Institute of Technology, this 18-year-old was one of the 10 to be chosen out of 620 registrations to race in the Ameo Cup 2017. “I had been applying to be part of the team since 2014, but looks like 2017 has been my lucky year.”  Ahead of race season, the novice driver trained under 2015 Indian Junior Touring Cars champion Siddarth Balasundharam in Coimbatore. He finished his debut race season 11th on the grid at the Madras Motor Race Track, clocking a time of 15:58.129, his fastest lap being 1:57.032 on the 3.74 Km track.

A precision sport that demands utmost fitness and discipline, Johir works out every day at the gym and loves his morning yoga routines. When he is not busy with classes and training for races, Johir is involved in photography. Part of the Photography club in Manipal, the youngster who studied in PSG Public School, Coimbatore tells us that he had won the Best Photographers Contest Award at an event organised by the Photographer’s Club of Coimbatore a few years ago. Despite his love for racing and cars, the driver finds himself working on a project for self-driven cars at college — an ironic twist by his own accord.

A self-confessed Ferrari fan who hopes to race under their banner in F1, Johir still finds inspiration in 2017 F1 champion Lewis Hamilton. “But my racing idol will always be Narain Karthikeyan” he shares with a sheepish smile. 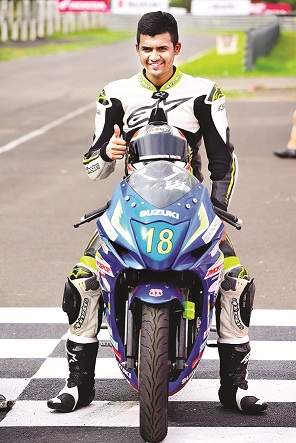 Pursuing motorsports professionally is an expensive affair world over, but that did not stop Vishwadev Muraleedharan from spending every Sunday at the Madras Motor Race Track on his Yahama R15 while pursuing his post-graduation at SRM. The 25-year-old candidly confesses that he started his racing career professionally in 2014 only after he could afford to buy all the safety gear required to ride on a race track. Entering the racing scene after managing to grab eyeballs at Sparks Racing, the novice won the Indian National Motorcycle Racing Championship (Stock upto 165cc) and Suzuki Gixxer cup Championship in 2015. 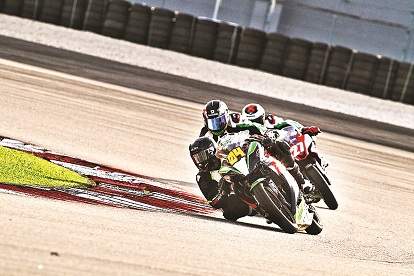 With textbook precision and riding style, the biker takes his cues from Spanish MotoGP World Champion, Jorge Lorenzo. “Riding style counts for a lot. It makes the bike stable and gives you an aerodynamic advantage. I’ve imbibed Lorenzo’s style with a few tweaks of my own,” he explains. However, his debut in the international circuit at the Malaysian Superbikes Championship in 2016 changed his outlook towards racing and his fitness regimen. “Interna-tional racers are in a different league when it comes to their fitness. Besides working out at the gym, I used to cycle to keep myself in shape. But, I underwent a complete transformation with Malaysia and lost eight kilos as part of my training,” says the athlete, who went on to place 5th, both at the Malaysian Superbikes Championship (Production 250) and in the Suzuki Gixxer Cup (Expert).

A four-hour workout routine that consists of two hours of cycling a day and multiple core workouts for the other two, Vishwadev says that this regimen is part of his lifestyle, except on Sundays. “We don’t get to spend a lot of time on the track. There is a theory that to be a good racer you need to perfect other things, which is why I cycle. And I’ve gotten good at it over time. I won the second cycling tournament I was part of,” he says with a laugh.

Hailing from Coimbatore, the MBA graduate was signed on by Suzuki India in 2017, as their factory team racer, rides for the label in the Super Sport upto 165cc category and is currently the 3rd overall in the Malaysian Superbikes Championship (Production 250). Attributing his dedication to the sport to his idol Valentino Rossi, the home-grown racer recalls an incident he witnessed in Malaysia. “It was the MotoGP race weekend at Sepang. Usually, you don’t find racers working with team technicians ahead of the race. I remember seeing Rossi working on his bike alongside the team late into the night. His dedication to his craft has been one of my biggest takeaways from racing.” 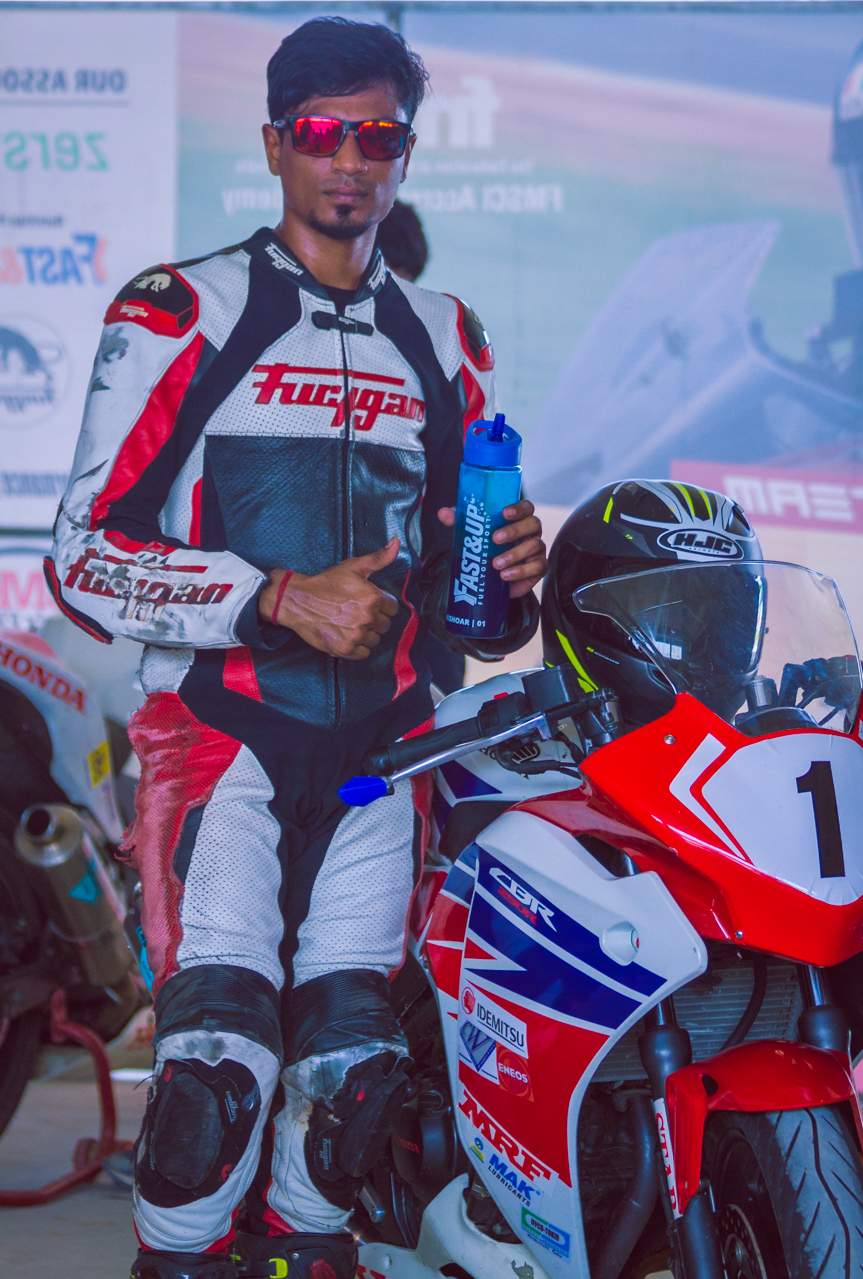 When everything around is rushing past you, you need to pace yourself and slow your mind. Else chances are you’ll never finish the race,” begins Kishoar V S, telling us that he crashed his bike into the first corner for his first ever professional race, knocking out a fellow racer in the process. From taking part in dirt track races held at construction sites across town to now racing for Apex Racing at the Indian National Racing Championship, this 24-year-old’s journey to the podium sounds much like that of a Bollywood struggler in Mumbai that made it big. 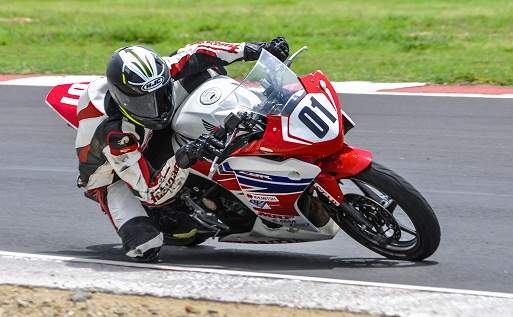 Diving headlong into an industry that thrives on contacts and sponsorships in 2014, the then 21-year-old found himself at the Chennai race track asking the security guard for a contact into motorsports, a wildcard that landed him a spot at Apex Racing Academy. “I started racing on dirt tracks, so I had to unlearn a lot of what I thought I knew about racing. The one thing I realised during my training was that racing was addictive and more than consciously working towards bettering myself as a racer, it became part of my  instinct.” Following his training at Apex, the academy signed on the youngster as part of their team for the Honda One-Make Race in 2015 (CBR 150cc category.) Despite DNFs (Did Not Finish) in the season’s first two races, the Coimbatore-born racer won the championship with three
back-to-back wins at the finals, giving him a one up into the CBR 250cc category for 2016.

While Kishoar did manage a couple of podium finishes in 2016 and also took part in the CBR 400 cc category in 2017, the racer is currently out of action following a wrist injury. Training for the 2018 season, especially the Endurance Race — a three-hour marathon ride where the rider is only allowed to pit for refuelling and change of tyres — slated to be held in January, the Mechanical Engineer from PPG Institute of Technology doubles up as a trainer for new entrants at Apex Racing. Laying emphasis on mental fitness over physical fitness, Kishoar loves spending
his time juggling and solving
mathematical puzzles, when not tuning his bike or watching his older races.