WHEN ASIAN GAMES gold medalist Shiv Kapur is in the house, it cannot b e a n ordinary golf morning. Sharing useful tips with fellow golfers at the BMW Golf Clinic in association with JW Marriott, Kolkata, Kapur — a sports junkie and a cricket fan — engaged in a hearty chat with Indulge. From the importance of fitness in the game to taking a cue from China and the need for a new golfing star, he poured his heart out in between sessions at Tollygunge Club. Excerpts:

The city holds a special place in his heart since it was here that he won the National Junior Champion title two decades ago. Appreciating the enthusiasm of the city golfers Kapur says, “Kolkata has a rich history of golf and it all started here. There is a lot of respect and passion for the g ame here.” Recalling his junior years he says, “I have played a couple of tournaments at the Royal Calcutta Golf Club. The last time I was here was two years ago for the McLeod Russel Tour Championship, but I haven’t been to Kolkata as much as I would like to.”

With an aim at improving the game of the golfers at Tolly, the Delhi- based player concentrated on improving the basics. He says, “It’s a lot about basics like how to set-up, how to line-up, grip, posture and alignment. Also, the session was about sharing my experiences of having played golf around the world. If I can help them become even 10 per cent better, then I think I have achieved what I came here for.” 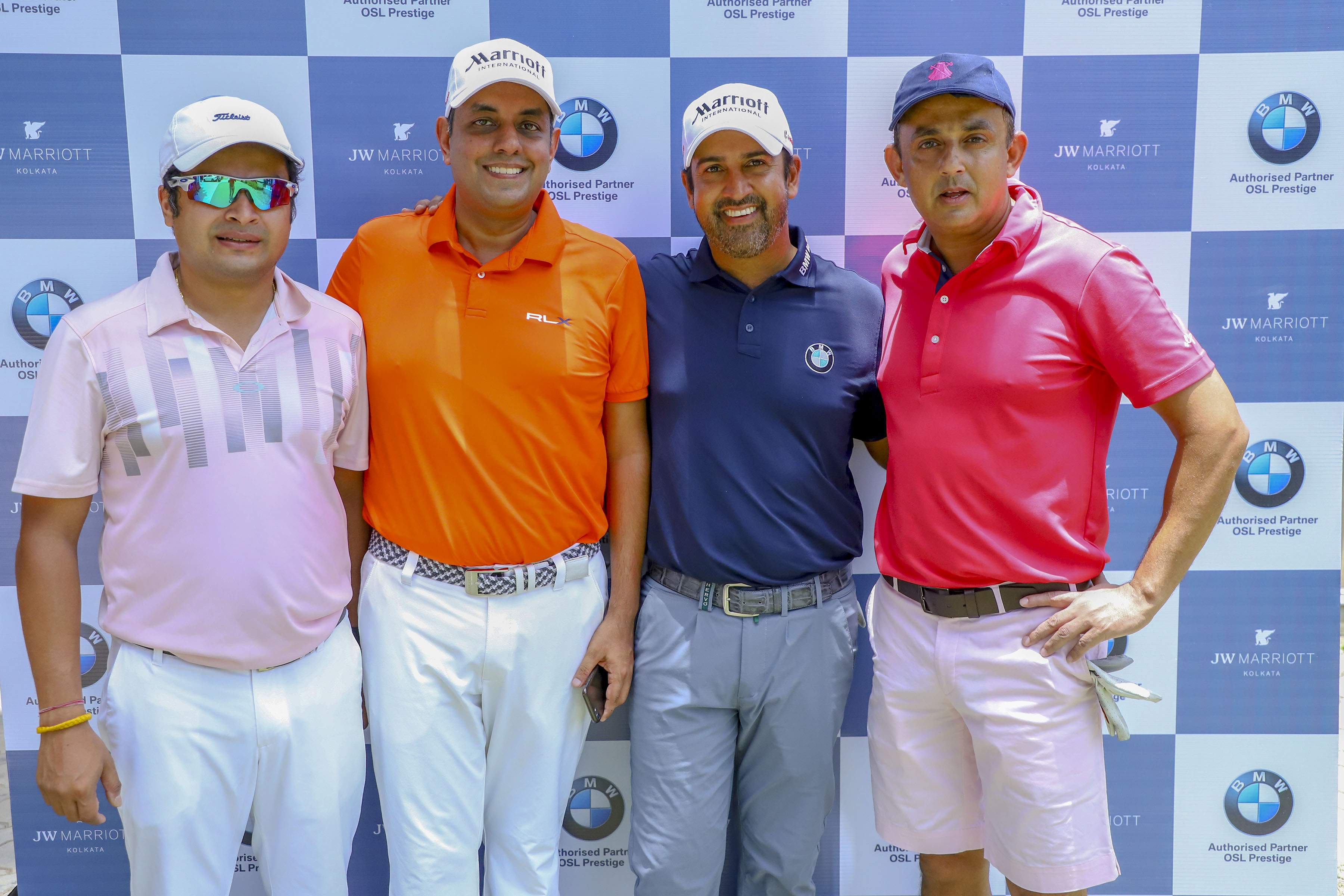 The game is getting more young players informs Kapur, while pointing out that it takes a bit of maturity to get hooked to the game. So, how early can one start? “I started when I was nine but, it was not before I turned13 that I fell in love with the game. You see a lot of four to five-year-olds taking up the game now. The great thing about golf is you can start at any age. It’s not like tennis, football or cricket where you lose that window if you don’t start early. With golf, one can even start playing at their 40s and 50s since it’s a static sport and requires a lot of mental stamina. I think one needs to be slightly older to understand and appreciate the game’s spirit.”

Kapur believes India must build more public golf courses to turn it into a popular sport. “In a country of 1.4 billion people, there are only a handful of public golf courses. It’s still a game of the elite since access to golf is limited. Even in a metro city like Kolkata, there are just three golf courses. So, it’s always going to be tough to get more youngsters involved in the game,” Kapur points out. Talking about being a medal contender at the Olympics he elaborates, “China decided to take up golf seriously a decade ago and they are producing some really fine golfers. India needs to take the cue from China. We definitely are future medal contenders but the sporting culture of India needs to be relooked at.” However, highlighting individual and collective-level efforts he says, “Enthusiatic golfers are contributing to the progress of the game despite the outlook of the system towards it. Also, we have been performing well on the international stage and in fact, in the next 10 years, we are going to see a big boom in the game and achieve what the US, the UK or China have.” A single spark of talent like Saina Nehwal or PV Sindhu at the Olympics or other championships is all that’s required to push the game further up, he believes.

Golf fitness is very different from the stereotypical fitness which is required in other sports, points out Kapur. “You require a different kind of stamina. Mental edge is very important here. Golf is becoming more of a power game than a finesse game, so, fitness has become an important part of the game. Tiger Woods is the one who really brought fitness to the game,” says Kapur whose fitness regime includes cycling, stretching and running. Kapur, who is into adventure sports like sky diving and bungee jumping, yearns for home-cooked food, which is a luxury for him given his tours. Targetting more titles and a packed schedule till the end of this year, Kapur will be heading to Prague next week to play Czech International Masters Championship followed by Scandinavian, Korean and Japanese tours.