It's rare to see a politician walk into a cinema hall like a common man and watch a film. However, Rahul Gandhi is one such politician who keeps throwing such surprises at his followers and critics. On Wednesday, earlier this week, Rahul was spotted at New Delhi's PVR Chanakya watching Ayushmann Khurrana-starrer Article 15. 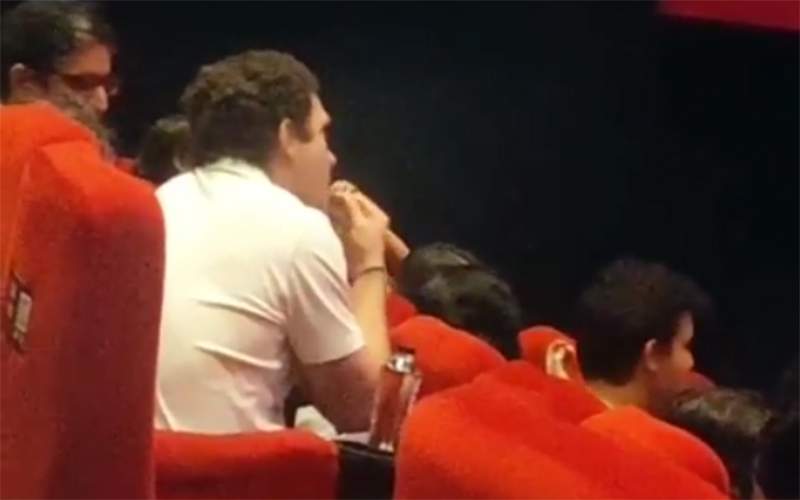 Rahul was alone. A video captured by another person in the cinema hall has gone viral. Rahul is seen munching on popcorn and talking to the person sitting next to him. This movie outing for Rahul was after he resigned as Congress party President.

The politician and MP took moral responsibility of Congress party's loss in the general elections earlier this year and resigned from the post. Perhaps, fter taking such a big decision, Rahul wanted to treat himself with some downtime at a movie hall.