Recently, the Indian Army's official Twitter handle shared a few pictures showing giant footprints which were spotted by the army's expedition team near Makalu Base Camp in Nepal.

The caption that came with the photos read: "For the first time, an #IndianArmy Mountaineering Expedition Team has sited Mysterious Footprints of mythical beast 'Yeti' measuring 32x15 inches close to Makalu Base Camp on 09 April 2019. This elusive snowman has only been sighted at Makalu-Barun National Park in the past.” 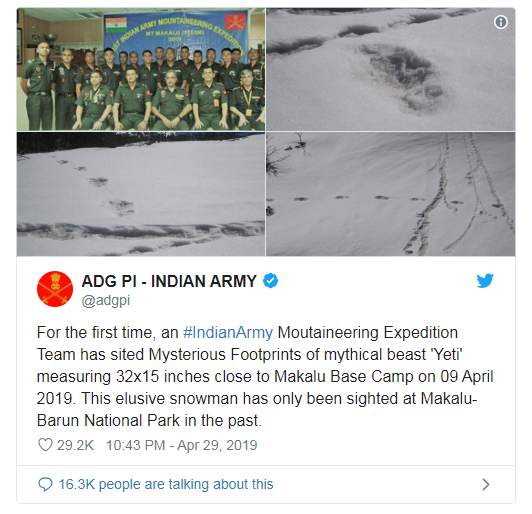 The photos went viral almost instantly as Twitterati went on to creating a meme fest out of the whole incident (of the army mentioning the existence of the mythical creature, Yeti).

While many users created memes out of the pictures using GoT and Tin Tin references, the wittier ones even talked about how the creature had come to vote.

Here are some of the memes: 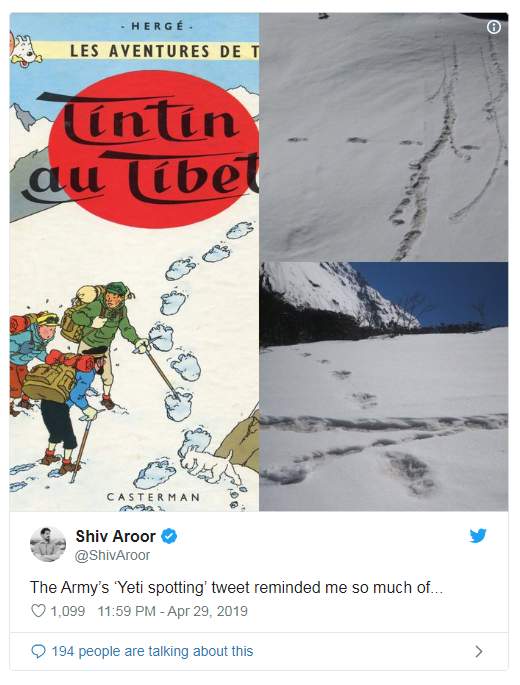 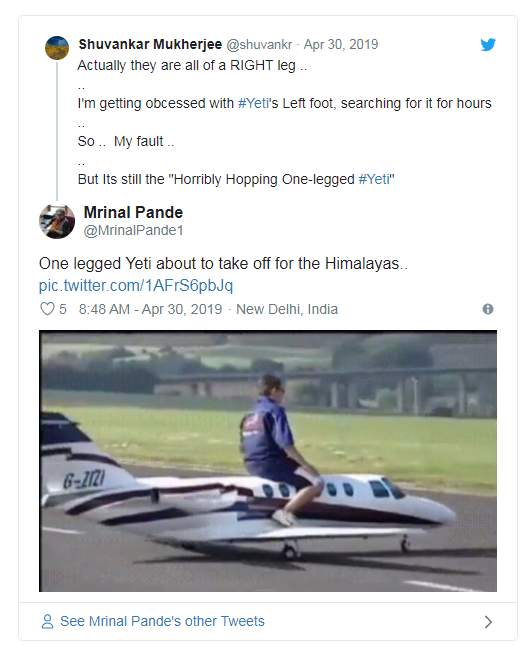 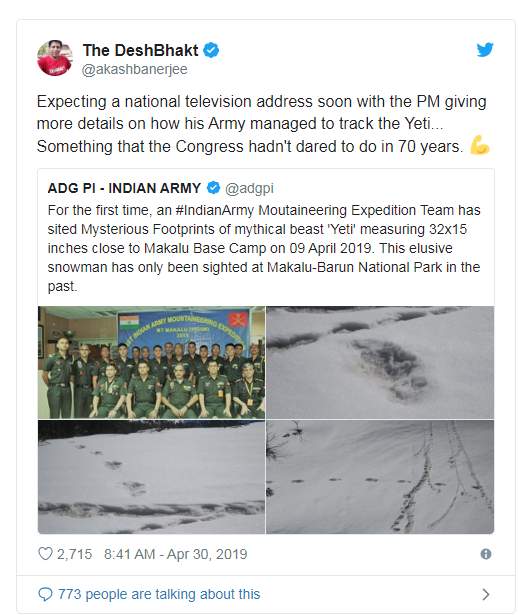 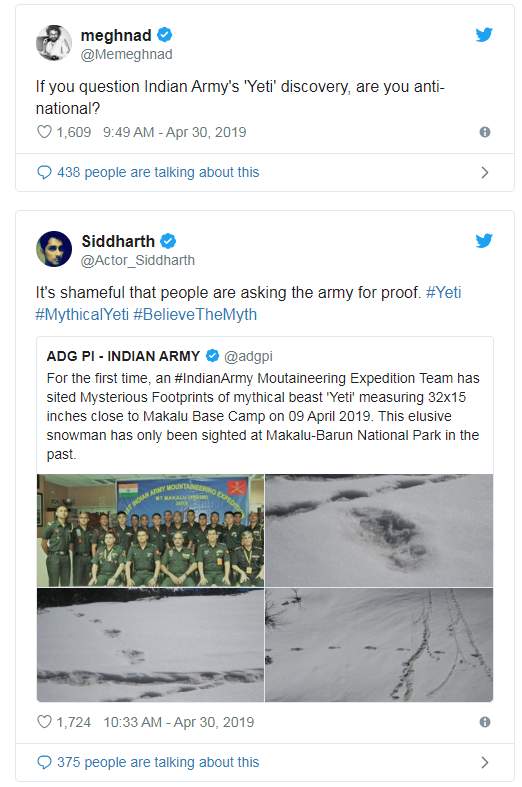