International Tiger Day: Nat Geo explorer Malaika Vaz on the joy of tiger spotting and what we can do to conserve them

Malaika Vaz is a National Geographic explorer and wildlife presenter/filmmaker. Her work focuses on documenting conservation stories for TV and her most recent project is a three-part series on Big Cat conservation for Nat Geo. Malaika was nominated for a Green Oscar in July 2020 for her work documenting the illegal wildlife trade in Southeast Asia.

On International Tiger Day, we speak to Malaika Vaz, who shares her experience with spotting tigers, the role of local communities in protecting them and what we can do to stop hunting and illegal trade.

How do you think the pandemic has affected tiger conservation?

Tiger conservation is only possible when the people who live alongside tigers are a conservation priority. Tigers are huge drivers of the ecotourism industry in India, which employs large numbers of people from local communities - and with tourism shutting down, these communities have been hit the hardest. If you’re a wildlife enthusiast, I would recommend donating to small-scale grassroots conservation organisations like the Last Wilderness Foundation, Tiger Watch or TRACT that are working tirelessly to protect wildlife and empower local communities that have been economically impacted by the pandemic. Find ways to support them financially, or otherwise. I think if we support organizations like on the frontlines of tiger conservation, then we can protect tigers in the long term.

Recently, there has been a lot of discourse on how this pandemic has provided a respite to wildlife and wild places. This may be true in some places but based on field reports and studies over the past couple of months, what we’re seeing is that there has been a substantial increase in poaching and wildlife trafficking. This is also because many communities are forced back into depending on the forest with other revenue sources drying up.

More importantly, over the last couple of months, there have been a lot of development pressures that have been impacting pristine tiger habitats and the communities that depend on them across India. For Indian wildlife enthusiasts, it is important to stand up for tigers and other wildlife at this critical time - so that we do not lose our nation’s incredible natural heritage.

How is tiger conservation linked to the life of other wildlife?

Tigers are the most enigmatic species on our planet, in my opinion. As a National Geographic Explorer, I've been making films for about 5 years now. And over the course of five years, I've had amazing encounters with rare and endangered amphibians, reptiles, mammals and birds. But I have to say, every single time I see a tiger my heart stops a little bit.

I think given that the tiger has this incredible charisma, a lot of national parks have been set up and large tracts of land have been demarcated as National Parks in regions with large tiger populations. As an example, Ranthambore Tiger Reserve is known for its big cats, but a lesser-known species like caracal is also protected inevitably when the land gets demarcated as a protected area. So, I think tigers act as an umbrella species and under the 'tigers umbrella', smaller species also receive protection.

But, we have to start valuing the forest for more than just tigers and other big cats.  I would say that when you go to national parks and protected areas the next time, take some time to notice the smaller flowers, the birds, the trees, the water and other animals in the forest as well. While all of these animals might not be as exciting at first glance, observing the complex forest ecosystem in its entirety can help you better understand the role of its apex predator. 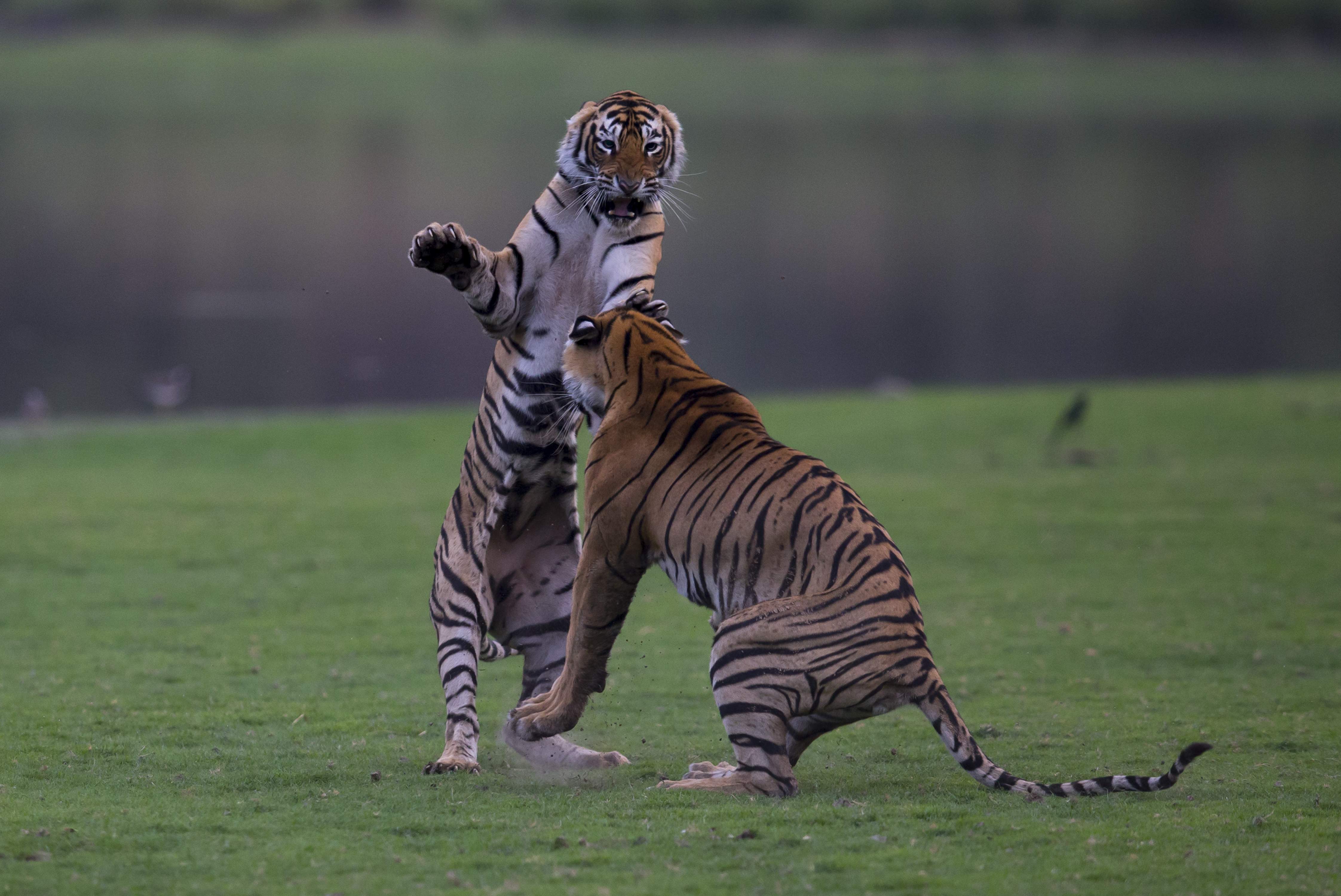 According to you, what can be done to stop hunting and illegal trade?

A lot of my work focuses on documenting the illegal wildlife trade in India and globally. My biggest takeaway has been that the most effective way to reduce hunting and illegal is to empower the communities that live alongside wildlife. Providing vulnerable forest communities with alternative livelihood opportunities to reduce their dependence on the forest is the best way to protect tigers and other wildlife.

Secondly, we need to have stronger trade enforcement. India has very strong environmental protection laws but our enforcement of these laws on the ground isn’t the best. We need to put all of the best minds together in the country and ensure that the enforcement of the wildlife is really strong so that we can tangibly reduce the transnational trade in wildlife.

We also need to train and invest in our frontline forest forces more! Our country’s wildernesses are protected by incredible teams of forest rangers who risk their lives every day to protect wildlife - and we have to ensure that they are well looked after and equipped for their job in the forests.

On an individual level, if you are travelling on a vacation and you are offered a chance to get up close to a sedated tiger or any wild animal for a picture - you should say no. These animals are almost always trafficked from the wild and transported halfway across the world and then exploited for wildlife tourism. Many wildlife tourism operations also have a sinister back-door nexus with wildlife trafficking syndicates - with many tigers ending up in the black market trade.

What's the role of local communities in protecting tigers?

When you have local communities as the leaders of conservation efforts and not just token stakeholders, that’s when real conservation can succeed. The neighbours of tigers need to be empowered to make decisions about the fate of tigers on an everyday basis because they know the land better than anyone else and they understand tiger behaviour better than anyone else. And basically, once you empower them to be in charge, this ownership translates into conservation action that's tangible, and long-term.

One example that I would like to share is of this amazing organization that I recently filmed with called Tiger Watch, based on the outskirts of Ranthambore. They work with the Moghiya tribe that has historically been a poaching community, and provide them with meaningful educational and work opportunities. Tiger Watch also stewards a network of Village Wildlife Volunteers from the surrounding communities, who set up camera traps, monitor tiger movement and ensure that poaching activity in the villages surrounding the tiger reserve is apprehended. This movement has been a huge contributor to the conservation of tigers in the region. 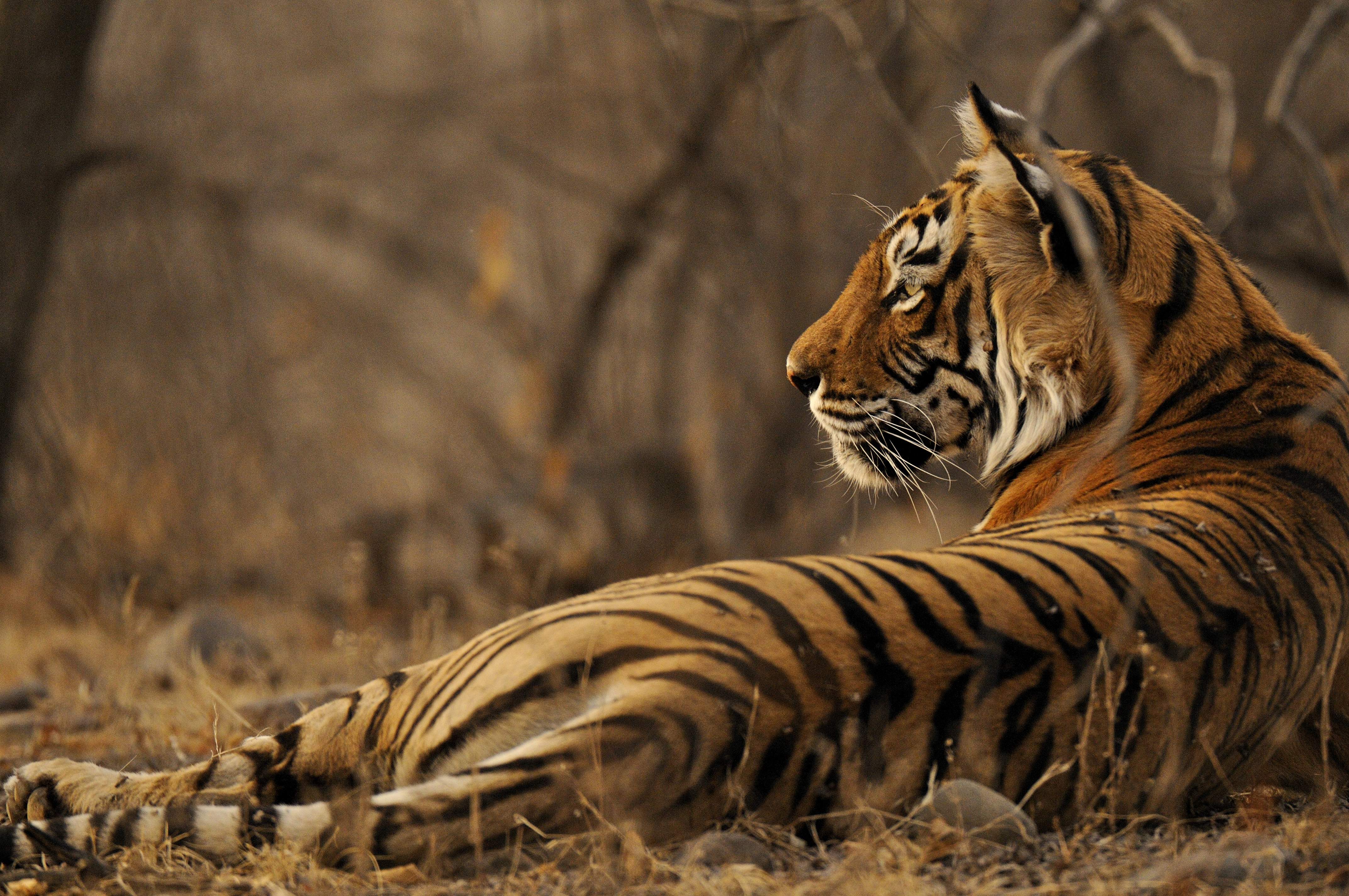 This Tiger Day, how do we make sure we do our part in conserving tigers?

I think every single person has a valuable skill set that can add value to existing conservation efforts. Whether you are a writer, filmmaker, teacher, entrepreneur or a  lawyer, you have this skill set. And unfortunately today, India's wild spaces are really threatened with many of our forests coming under the hammer due to unsustainable development and ill-planned policy changes to India’s Forest laws and environmental safeguards. So I think we have a huge responsibility to leverage our individual resources and find innovative ways to use our skills and passion to decisively protect wildlife. So, I’d say while International Tiger Day is a day to celebrate tigers, every other day of the year is an opportunity to act to protect our planet's largest Big Cats and their habitat.

Do share a memorable experience of yours involving spotting a tiger.

I was filming inside Ranthambore National Park for an upcoming series on Big Cat conservation that releases on National Geographic Channel in India soon. My crew and I were trying to get this shot of this beautiful tigress, and for nearly 10 days we didn’t spot her despite being in the jungle from 6 am until 6 pm in the searing heat. On the last day, just as I had given up any hope I had of spotting her and while we were filming these langurs, I saw her emerging out of the bush and walking towards my jeep. It was amazing because she just trusted us at that moment and we respected her and kept our distance. For the next 5 minutes, this majestic tigress walked alongside my jeep with her three little cubs - making it one of the most incredible encounters I’ve ever had in the wild.

When I went back there about two years later, I saw one of the same little cubs all grown-up and witnessed her successfully hunting a young sambar deer. Filming the journey of a tiny cub and watching her grow into a full-grown tigress who could skillfully hunt was magical!

Tell us made you want to be an explorer/filmmaker.

I think I’ve always known that I was destined to spend a lot of time adventuring in the wild, whether that is hiking in the Himalayas or diving in the mystical islands of the Andaman and Nicobar archipelago. But when I started out as a filmmaker at 18, I instinctively knew that it was the right career for me as it allowed me to explore both pristine and degraded wild places and communicate the stories of those ecosystems and communities to the world. I think the most incredible part of being a wildlife presenter and filmmaker is that it allows me to communicate stories about the natural world to large audiences through television or digitally - and hopefully inspire more young people to protect our amazing wildlife.

Today our natural world, in India and globally faces many threats, and I believe that it is my responsibility to create compelling, evocative documentaries that can make my generation fall in love with the natural world and be inspired to create positive conservation impact.