They have known each other for two decades, but what rekindled their friendship was their shared interest in the sustainable sector that ultimately led them to join and lead Garbage Free India’s Kolkata chapter in 2017. Thus began Kavita Kajaria and Shruti Ghose’s journey. Reaching out at community level and involving school students, the duo has partnered to help the city manage their waste with several result-oriented programmes. For instance, their Khal Road (Alipore) project in April 2018 transformed the area into a beautiful green belt from a garbage dumping ground with support from the Port Trust and local municipal authority. Also worth mentioning is their Bank It Don’t Bin It programme, which has diverted close to two tons of plastic wastes through recyclers, from landfill and water bodies to last-mile disposal. 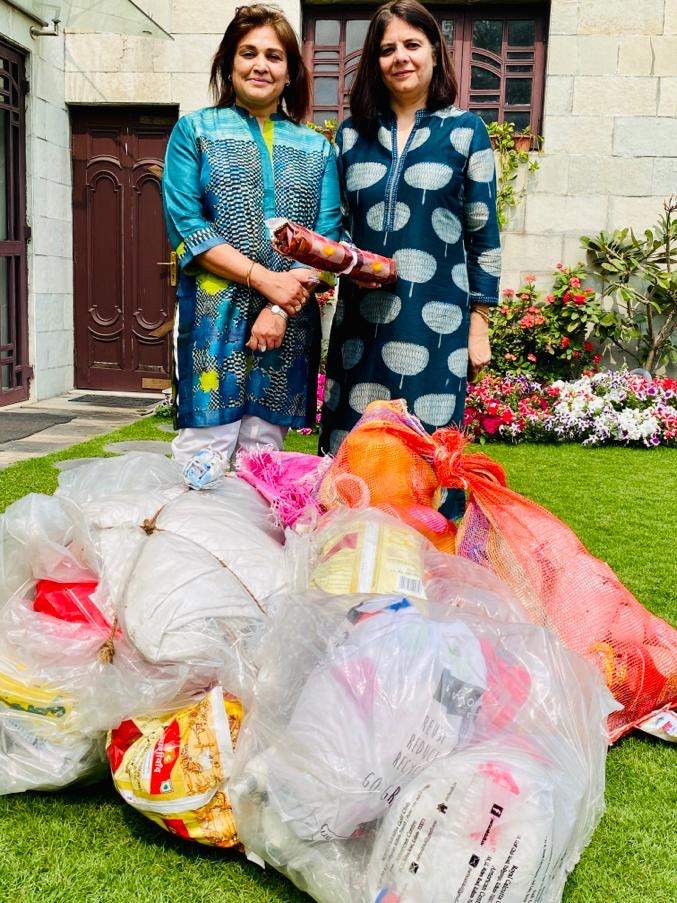 While raising funds and implementing projects are a task, Shruti term them as ‘learnings’ rather than ‘challenges’. “It takes time and a slight nudge to help people rethink waste as an area of priority. It’s work in progress and patience is the key. The change will come slowly, but surely,” emphasises Shruti, founder of GFI Kolkata, for whom the biggest inspiration is their team that respects the environment and shares the same zeal. Echoing her thoughts and giving due credit and respect to sanitation workers mentor Kavita states, “Every sanitation worker we see rummaging through our waste gives us the push to think of ways we can make their life easier.” And before signing off they urge one and all to rethink their relationship with waste for the sake of a better planet.