Yohan Chacko is a dentist, dad and theatre actor. But with all of the free time he has had during this lockdown, he's added a new creative hat to his repertoire - carpenter.

So far, the 46-year-old from Chennai has made a cupboard, two deck chairs, two cajons, a few cutting boards, a puzzle box and some dovetail boxes which make for nifty gifts. "But the most satisfying build," he shares with us, "was an indoor cycle trainer made from wood. I've clocked hours of cycling on my terrace with that," he says with a smile. 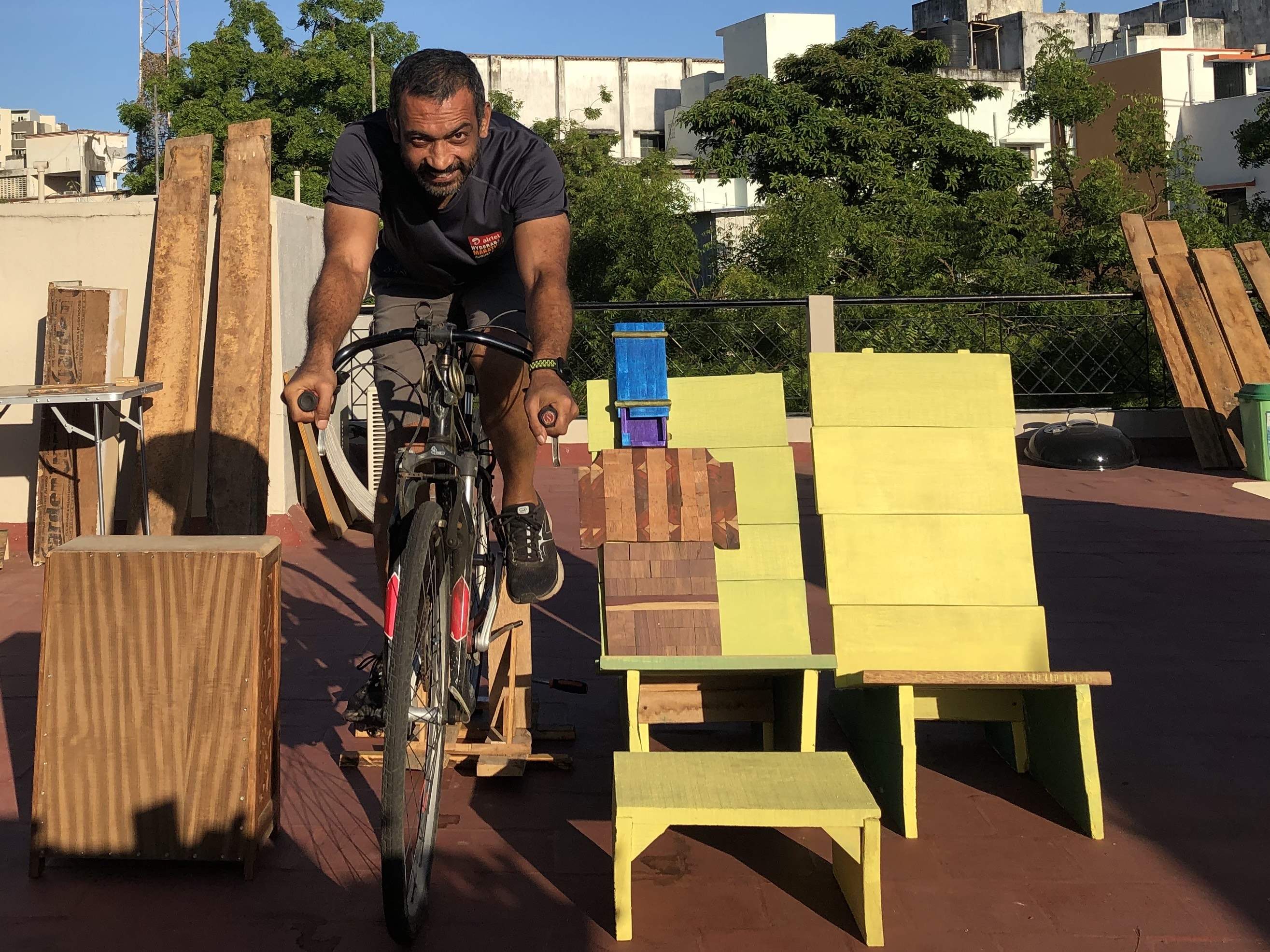 It was his grandfather that got him interested in carpentry back in his first year of college, we are told. "Back then I made a bookshelf with his help," he recalls. And then four years ago, his wife suggested that he take it up again, given that the art of woodwork gave him so much joy. But if it wasn't for this lockdown (that most folks can't wait to end) - Yohan tells us he would never got to explore this hobby. "The lockdown was a blessing in disguise for me as I had the time to devote to this trade without worrying about time," he shares with us.

But we're curious about how he managed to get his hands on carpentry supplies, with all the hardware stores shut. "Wood wise I had the good fortune of having a stock of coconut wood, plywood and some leftover paddauk on my terrace. Tools, I have been collecting over the years, so I pretty much just had to come up with plans and execute them," he responds. Although, he adds to this, "I did run out of sand paper, so my chopping boards are sitting rough sawn and waiting for some sanding."

So how many hours does it take to complete a furniture project? It depends on the size of the build. "Small builds like dovetail boxes can be finished in a few hours. The cajons took about three to four days each. The cupboard took the longest because fitting the doors on to the frame was tiring and painstakingly slow. The deck chair took about 10 days," we are told.

With most of us trying desperately to escape the heat at this point, we have to wonder how Yohan has been doing the opposite - gravitating toward a hot workshop instead. But with a creative approach and a touch of discipline, apparently you can do almost anything. Yohan says,"Well I work on the open terrace usually from 6 to 8 in the morning and then from 5.30 to 7.30 in the evening. In the evenings, I get a good cross breeze, so its fun working then!"