Ever wondered what Katrina Kaif's workout looks like? Here's a sneak peek

Bollywood actress Katrina Kaif is known for being a fitness enthusiast. But, what's the secret behind her enviable figure?

Giving a sneak peek into her workout routine, the actress on Friday shared her workout routine which was given by her trainer and celebrity fitness instructor, Yasmin Karanchiwala. The handwritten note included exercises for her legs, abs and upper body. 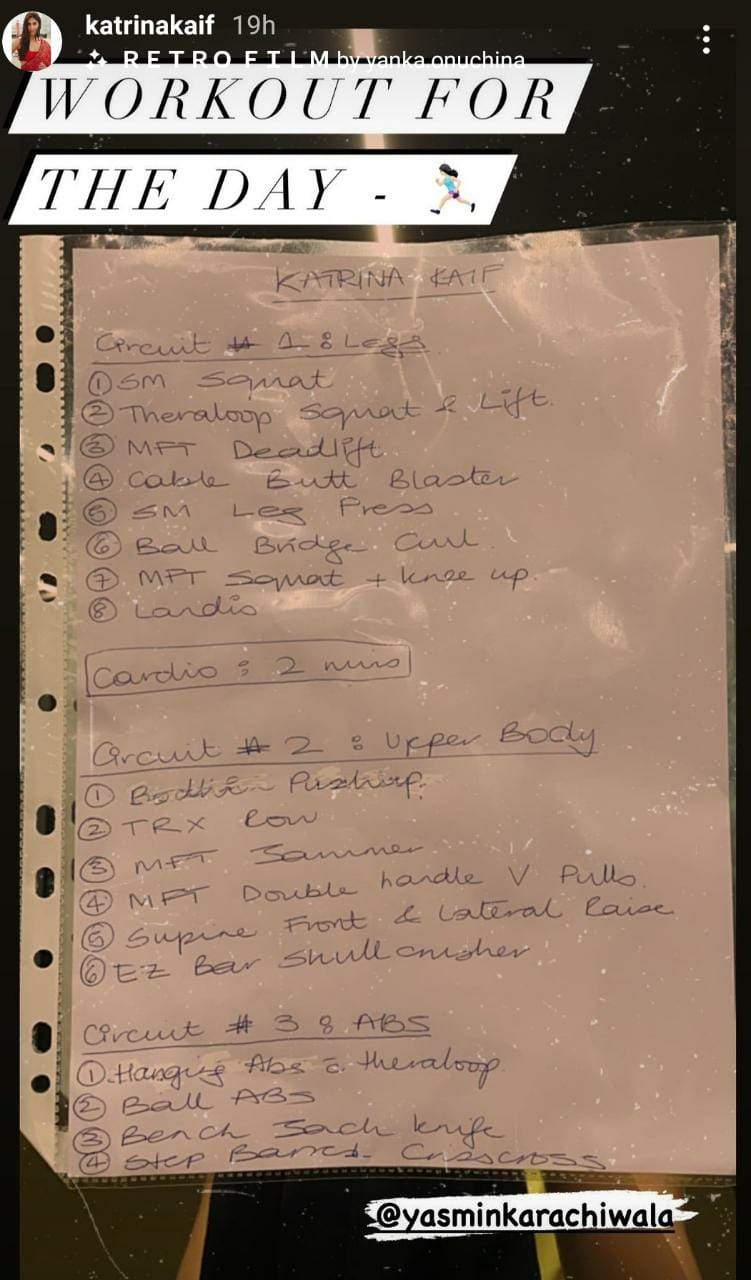 "Workout for the day," wrote the actress on her Instagram Story.

On the work front, the actress will next be seen in Rohit Shetty's cop action-drama Sooryavanshi, starring Akshay Kumar, and the horror-comedy Phone Bhoot, co-starring Siddhant Chaturvedi and Ishaan Khatter.