From Hiroshima to Jallianwala Bagh and Chernobyl, these dark tourist spots will have you rethink your travel plans

Dark tourism, visiting places where tragedy once struck and wrecked lives, is on the rise. From concentration camps in Poland to India's Jallianwala Bagh, the world has numerous locations with troubled histories to fuel this ever-growing industry. Reports suggest that Indian travellers are exploring more of these spots. We examine some of the most-visited sites from around the world, and try to encapsulate the scope of this relatively unexplored aspect of tourism. 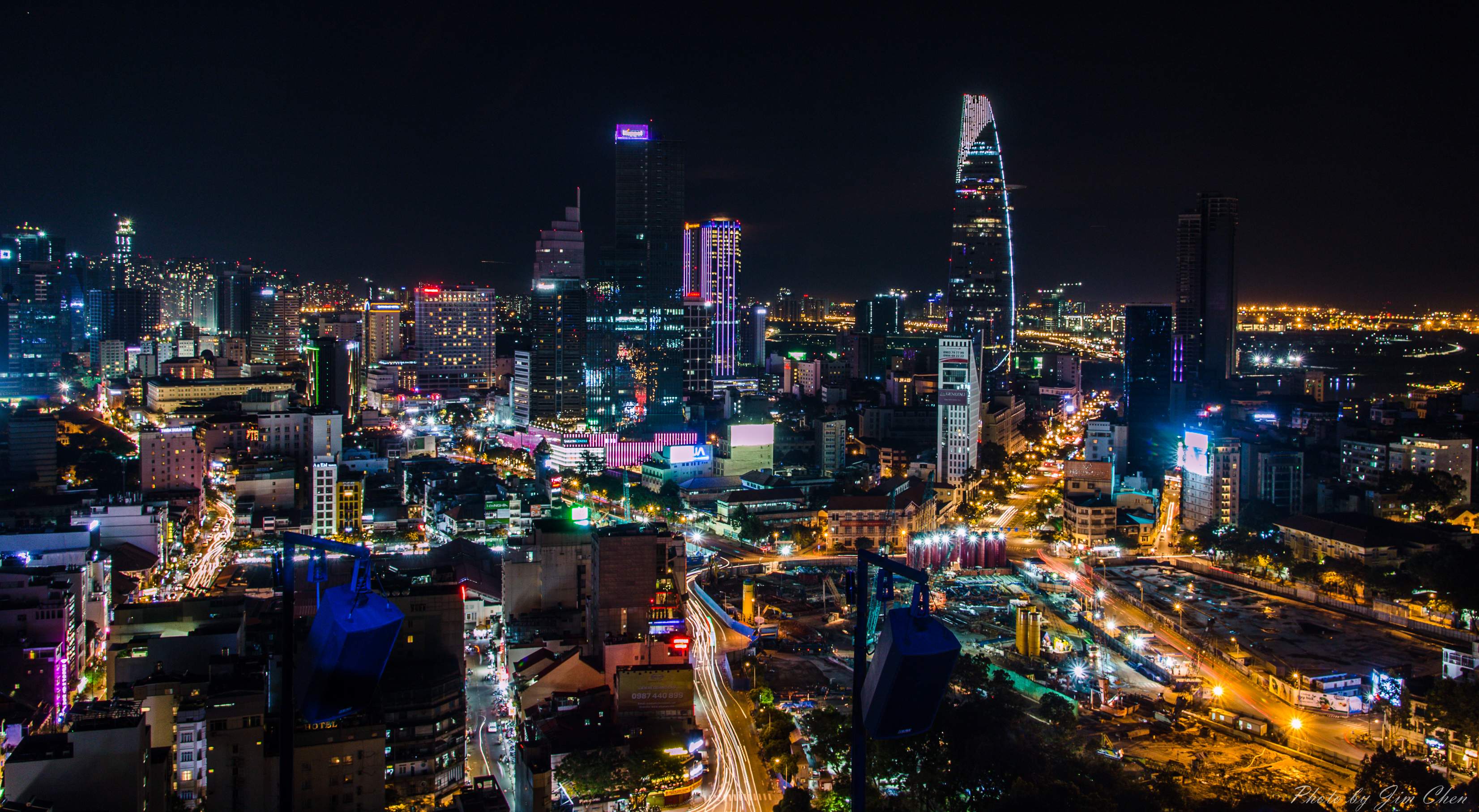 The Vietnam War changed the course of both American and Vietnamese history, in a brutal way. Both sides faced immense loss, and while the Americans were eventually driven out and defeated, Vietnam certainly got the shorter end of the stick, with a higher death count, and an unstable regime for years. Eventually, the city of Ho Chi Minh in Southern Vietnam became a pivotal tourist destination. There are a few spots for dark tourism enthusiasts—My Lai Massacre Museum that is home to graphic photos of the struggles the Vietnamese nationals faced in the war; and the Hoa Lo prison in Hanoi where the French colonials initially held political prisoners. Incidentally, the same prison structure was later used by the Vietnamese to detain American pilots who were shot down. The Cu Chi tunnels that were used by the locals to wage a guerrilla war against the American soldiers, is another hotspot. The last one, in particular, is a major tourist attraction because of its ingenious defence mechanisms and vast underground rooms to help the fighters thrive for long periods of time. 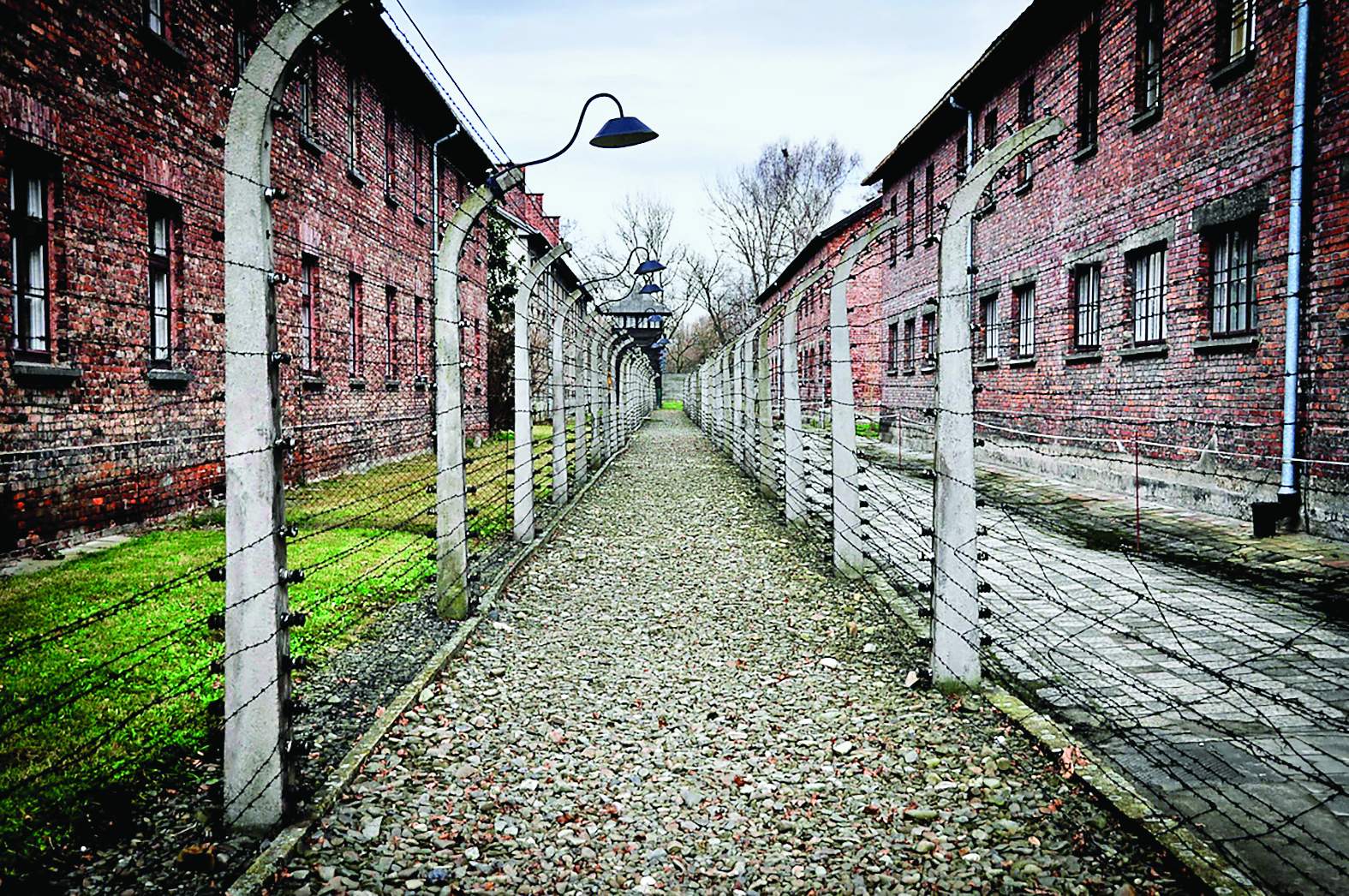 During the Nazi rule, concentration camps were on the rise throughout German-occupied territories. One of the bigger strongholds was Auschwitz-Birkenau, a camp that was reportedly built to contain the rising number of arrested Poles. It is the only death camp on UNESCO’s World Heritage Site list and is maintained for visitors. There are guided tours of the 28, two-storey blocks in the camp that requires pre-booking. But, options are aplenty and the memorial museum has become a tourist hotspot. The venue has relics like discarded shoes and suitcases, preserved from the 1940s when the victims of the genocide were forced to give up all their personal belongings as soon as they stepped into the camp. Reports show that the captured individuals were brought into the facility via rails that are adjacent to the site. A few walls inside also currently hold images of the inmates who were housed in the grounds. The story of this camp is significantly portrayed in the Oscar-winning movie Schindler’s List.

Flights to Krakow for Rs.55,000 approximately. Drive from Krakow to camp in  Oswiecim  for 65 km.

The bombing over Hiroshima and Nagasaki left more than a few scars—both physical and mental. Most of the buildings in the cities were destroyed by the atomic bomb, Little Boy in 1945, but a few structures still stand. 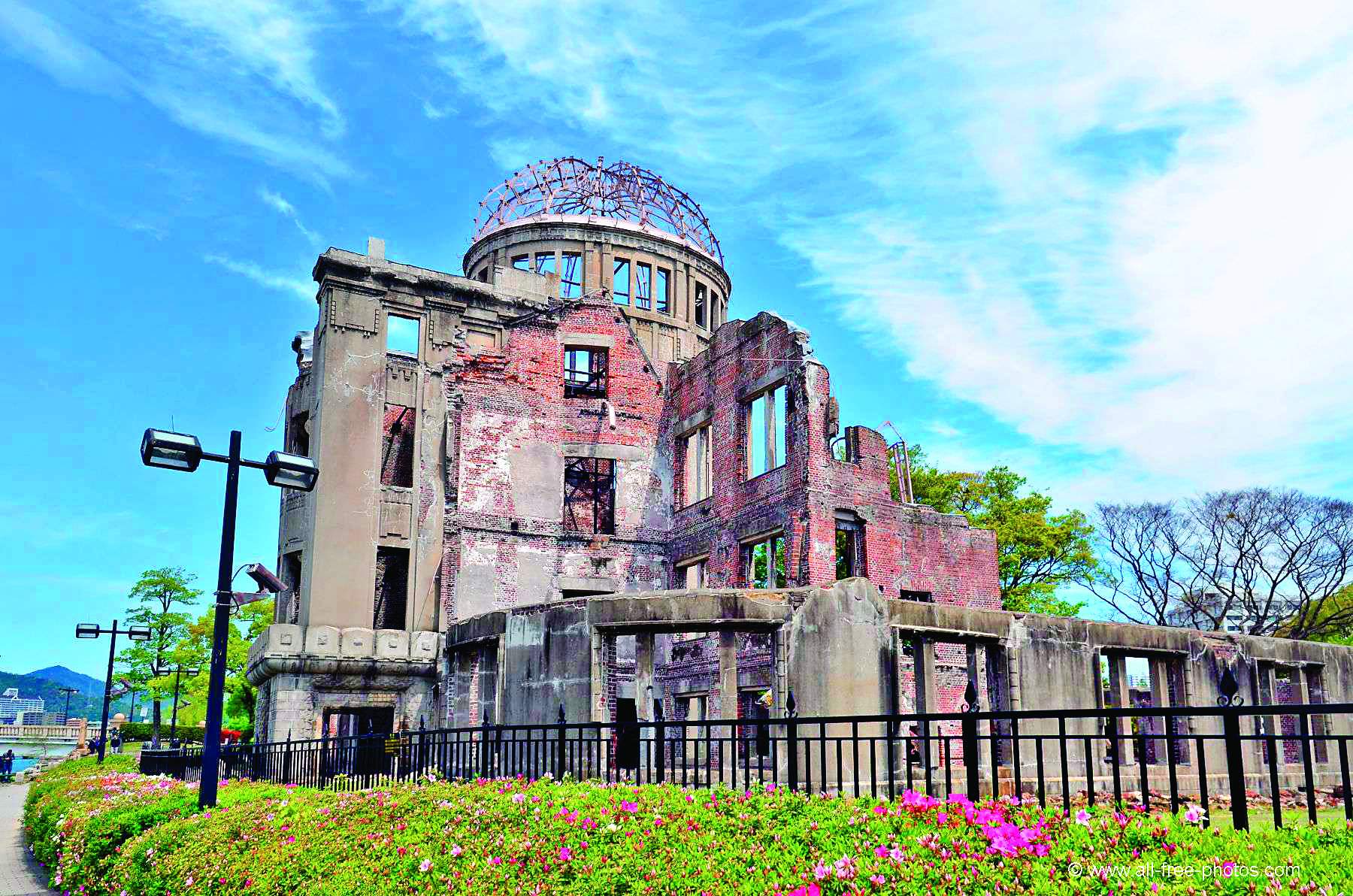 In Hiroshima, the Genbaku Dome or Atomic Bomb Dome is a significant monument, because the first-ever atomic bomb was detonated right above the edifice. It is also a UNESCO World Heritage Site. Other attractions in the area include the Hiroshima Peace Memorial Museum, a garden called Shukkei-en, and the sprawling yet tranquil Peace Memorial Park that oversees the Flame of Peace—a fire that will be extinguished only when every nuclear weapon on Earth is destroyed. The park that holds the tree-lined Pond of Peace lies adjacent to the Motoyasu River. Nagasaki, the second city to come under attack during World War II, has also become a significant spot on the dark tourism circuit. Places like the Nagasaki Atomic Bomb Museum, which houses artefacts from the destruction and photos recounting the grim event, and the Fountain of Peace are important sites. Right next to this park is the minimally designed water-basin memorial which has supposedly been built to hail the victims who cried for water in their dying days. Other nearby attractions include Gunkanjima, an abandoned coal mine, Dejima, an artificial island in the harbour that currently holds information about trade, western culture and a few archaeological finds, and, an iconic Oura Cathedral.

Flights to Hiroshima for Rs.62,000 approximately. From there, take a bullet train to Nagasaki for Rs.9,100. The September 11 attacks on the World Trade Centre in New York sparked an international outcry, back in 2001. It also led to a number of actions that changed the course of American history and its take on terrorism. Nearly 3,000 people lost their lives that day, and countless others suffered directly or indirectly owing to the act. Eighteen years after the event, the USA now has a memorial on site to honour the souls who lost their lives that day, and the One World Trade Centre alongside it. The site is popular amongst tourists and has the names of the dead inscribed on a metal plaque that surround the twin memorial pools which feature two inward-flowing fountains. The pools sit exactly where the twin-towers rested before it was brought down by the heinous act. There are guided tours of the museum, and ground zero—the spot where the event unfolded.

Fly to New York for Rs.70,000 approximately and drive to the memorial for 25 km. 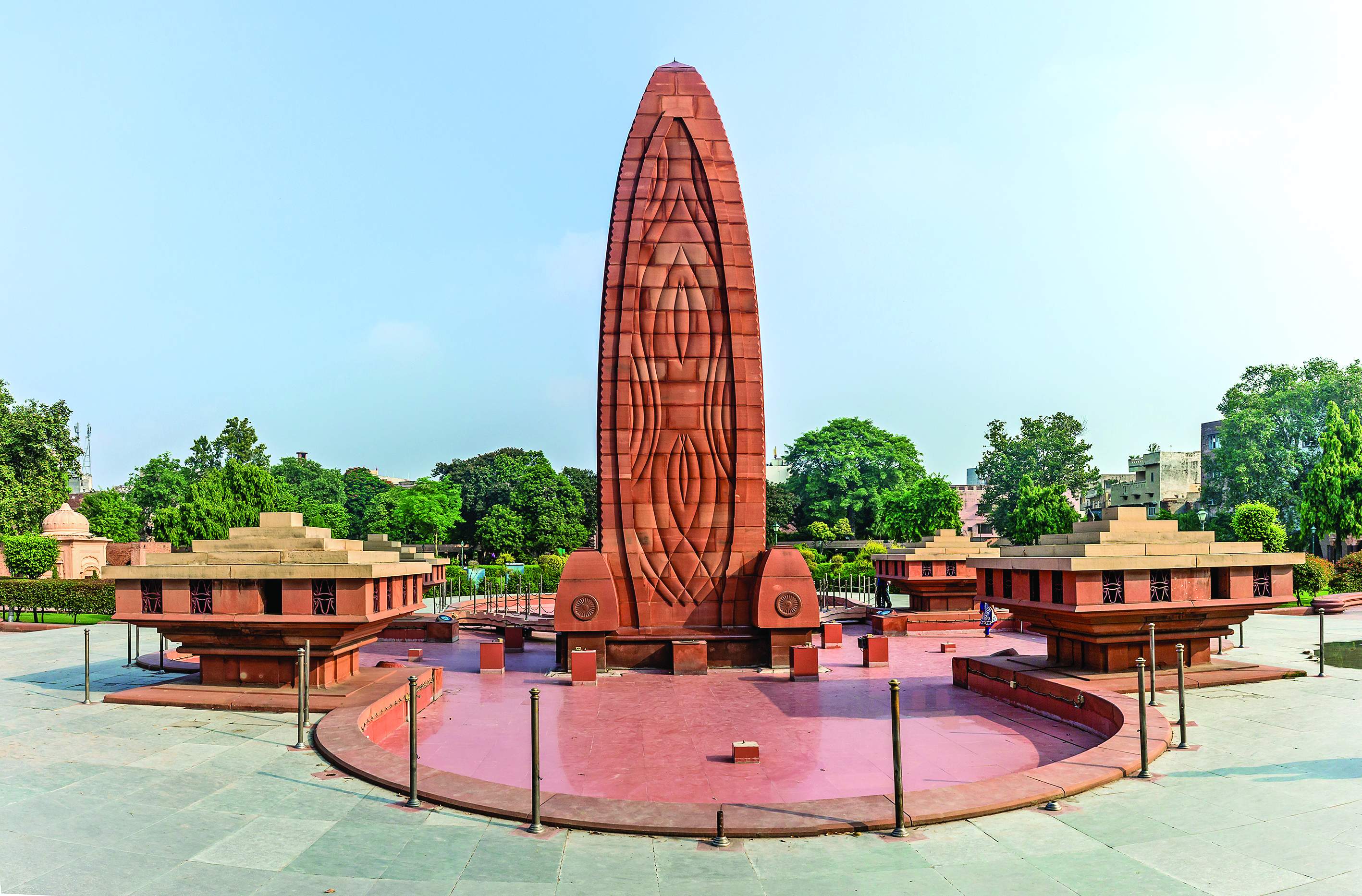 One of India’s biggest massacres took place in 1919—the Jallianwala Bagh incident. Brigadier-General Reginald Dyer, with the backing of 50 riflemen, opened fire on innocent men, women, and children who had gathered for the annual Baisakhi festival. As this is one of Punjab’s largest religious events, the death count has not been agreed upon by historians but is expected to be  over 1,000 lives. Back then, the event further fuelled the fight against the British Raj. Now, it is a tourist destination and a national place of pilgrimage in Amritsar, Punjab. A memorial now stands in the place that witnessed the massacre—a Flame of Liberty that is lit to honour the dead, flanked by an informative tablet that recounts the history and significance of the spot, and the well that people jumped into to save their lives, all of which are surrounded by the outer wall still embedded with bullets. The grim nature of the incident that transpired on April 13 makes this destination one of India’s most recognised
dark tourism spots. 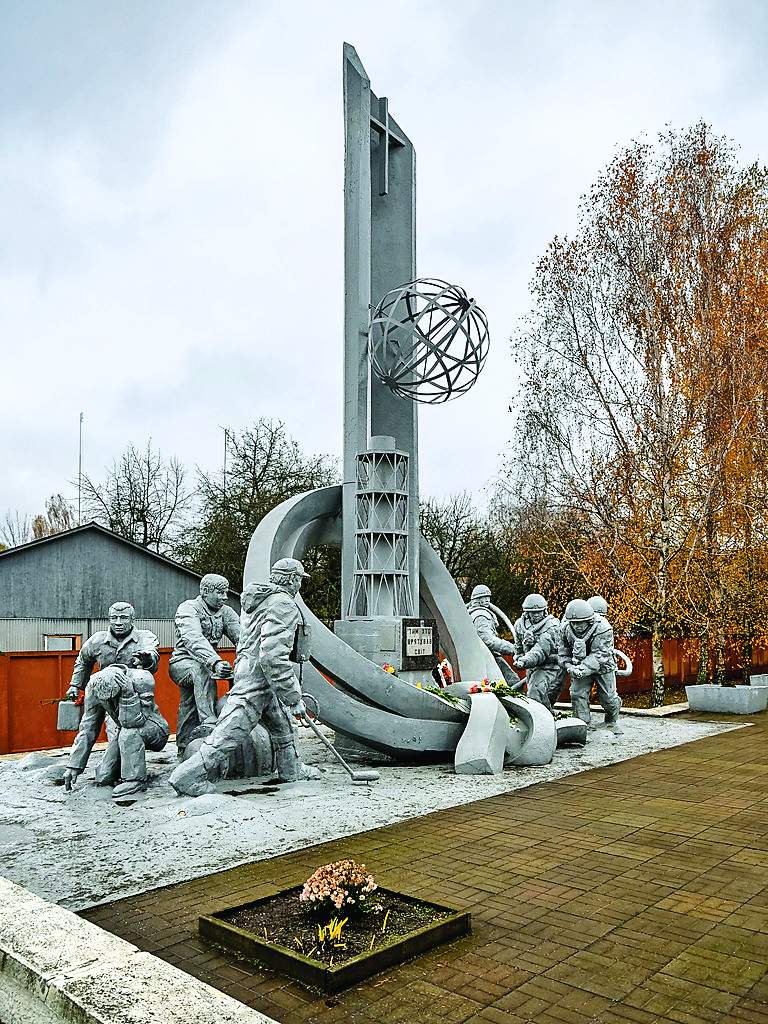 Made famous by the eponymous HBO series, Chernobyl is now a coveted dark tourism spot in Europe. This city in Ukraine rose to fame after Reactor No:4 at the Chernobyl Nuclear Power Plant malfunctioned, exploded and started emitting radioactive material in lethal amounts as the core of the reactor burnt in the open. The resulting chaos plagued the residents of nearby towns, causing severe disfigurement, genetic mutation, and death. This prompted the former USSR government to evacuate the entire city of Prypyat, and evacuate people from a 30 km (19-mile) radius called the Exclusion Zone. This ghost town is one of the main attractions in the area, besides the nuclear reactor itself. The radiation in the area has not completely subsided, due to which multiple checkpoints have been placed along the way to and in the exclusion zone. Licensed tour guides are mandatory because of the imminent danger in many areas. Prepare to witness a post-apocalyptic city, untouched by humans for over 30 years—empty schools, vacant houses reclaimed by nature, and silent playgrounds only disturbed by the wind against the rusty, squeaky swings.

It was AD 79 when the mighty Vesuvius volcano erupted onto the unsuspecting city of Pompeii and enveloped all of its residents and the cityscape in lava and ash. Experts have been excavating the area for decades, making it one of the most active archaeological sites in the world. The now-deserted city in Italy was incidentally preserved to a great extent because of the thick pumice cover. Luckily for historians, this paved the way for some interesting discoveries about the Roman streets like amphitheatres, houses, cafés, shops and much more. Most of the tourism in the city revolves around the remains itself, which includes the Tempio di Apollo, which was the city’s most important religious building, and the Terme Stabiane, a well thought out public bathing complex with changing rooms and hot and cold water options. Apart from the ruins, the city also offers sights like the Villa dei Misteri, which is a 90-room villa and the sturdiest structure to still exist post-eruption, and the Antiquarium, a museum housing many of the excavated artefacts.

Fly to Naples for Rs.60,000 approximately and drive to Pompeii for 30 minutes.