Interview: Tollywood’s sweetheart Tamannaah Bhatia gets candid about her journey and her experimental roles in 2019

A little over a decade ago, she made a rather quiet debut with Sri (Telugu) and Kedi (Tamil). However, in 2007, the confidence with which she portrayed the role of a headstrong college girl in Sekhar Kammula’s breakthrough Tollywood film, Happy Days, earned her a spot in the Southern cinegoer’s heart. The then fresh face, who was still in her teens, wooed the silver screen and received many debut awards for the year. The tinsel town stood up and took notice of her — Tamannaah Bhatia had arrived and she was here to stay. Even after 13 years, the queen of commercial films down South isn’t ready to stop, and is unabashed about the choices she made through her career and the ones she is making now! “When I started off, there was only so much a girl could do in most films. Those were the films that were mostly being made. But things are changing and I’m lucky to be a part of the industry at this time,” says Tamannaah with pride. Inching out of her comfort zone, Tammy, as her fans call her is experimenting with genres — romance comedy, thriller and period drama — all in the coming year. Not just that, she is also working with a varied set of directors — Surender Reddy, AL Vijay and Indo-American Chakri Toleti — and making fashion statements along the way. Have you seen her flaming red tresses yet? 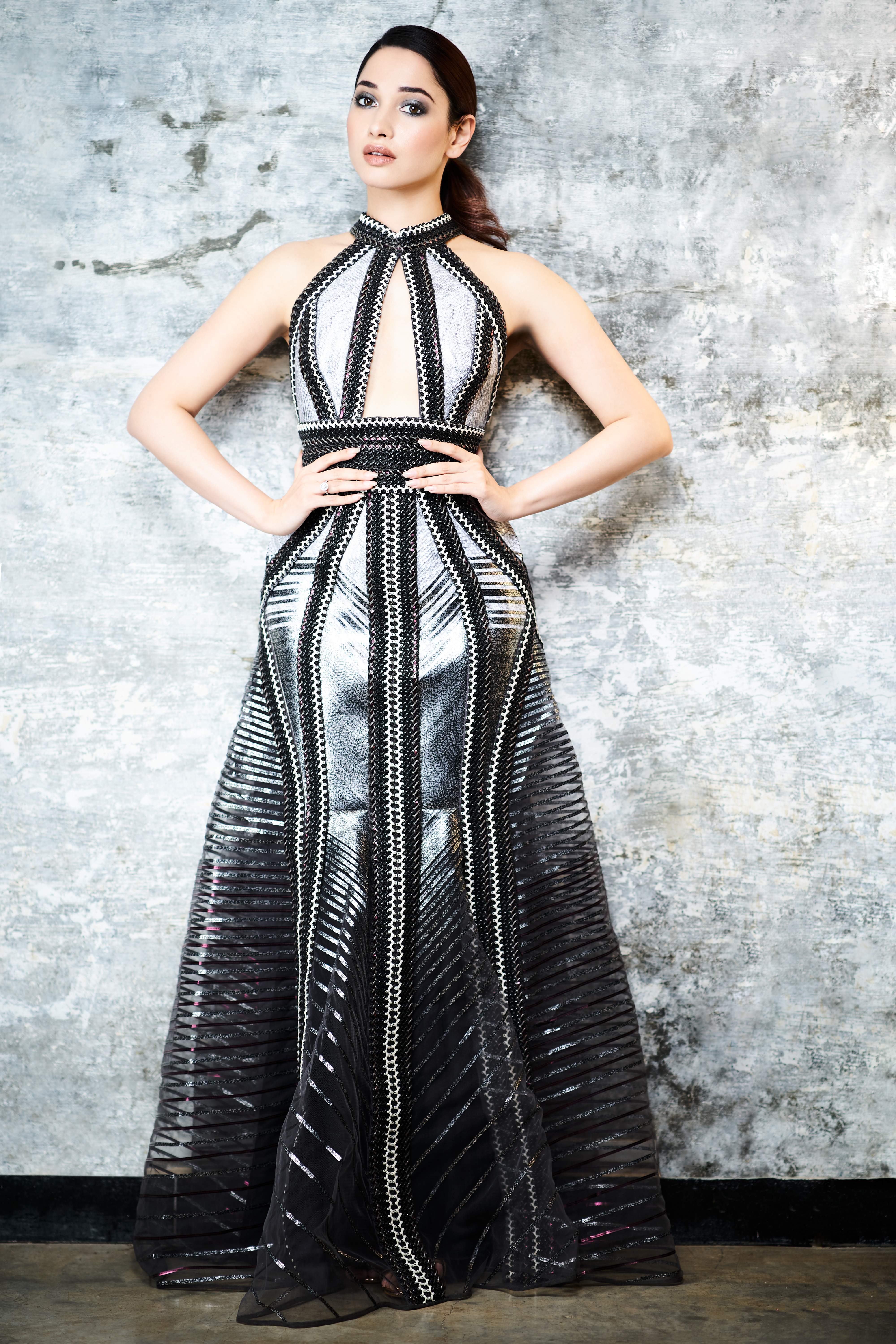 Celluloid trajectory
Over the years, the actress with Sindhi roots, who began her career with no industry backing at the age of 15, has cemented her place in the film industry. Whether it’s her ravishing grin or her spunky aura, she’s a veritable hit with the fans. Her portfolio of movies — from over-the-top performances in Kanden Kadhalai (Tamil remake of Jab We Met) and Saroja in Aagadu to relatively subdued roles in Paiyya and Endukante… Premanta! or girl next door in Konchem Ishtam Konchem Kashtam and 100 % Love — has proved that Tamannaah can be versatile. Irrespective of her screen time, role and the collection at the box office, the diva leaves a mark with every character she portrays. In one of her career’s biggest films — the Baahubali series (2015-17), she played a role that was crafted almost as an aside, but Tamannaah brought warrior Avanthika alive on screen with a rock-solid performance and managed to shine in a stellar cast comprising Prabhas, Anushka Shetty, Rana Daggubati and Ramya Krishnan.

Although her films did not make much revenue at the box office this year, that didn’t stop her from continuing to make a conscious effort to step out of her comfort zone and play fresh characters. She was recently seen in Hum Tum fame, Kunal Kohli’s first Telugu film, Next Enti, starring Sundeep Kishan, for which she received appreciation for her portrayal from critics and audience likewise. “This was a rather unconventional choice for me. My character is in charge of her mind, heart and body,” says Tamannaah. Much like her, we ask, “Oh yes! It’s a very relatable character, like a slice of my life. The style of narrative too was like that of Woody Allen film,” adds the diva, who also coloured her hair red for the first time for this film. “I believe that when you’re doing a film, you give all of yourself into it. Whether it’s colouring your hair or learning to wield a sword (for Baahubali).”

Making it her own
When the news of Tamannaah playing the lead in That Is Mahalakshmi, the Telugu remake of the blockbuster film Queen was out, there was a doubt about the portrayal, considering the former was a game changer for the industry and had Kangana Ranaut in the lead, who swept the audience and critics with her splendid performance. Stepping into the shoes of a National Award-winning actress came with already set standards, but that didn’t deter Tamannaah, who wanted to lend her personal touch to the film instead of copying exactly what Kangana did. “I’m a huge fan of Queen. When we decided to make the film, our aim was to make it for the Telugu audience and that was a challenge,” admits Tamannaah. Apart from the switch that she had to make with a completely different makeover, it was the dialect that needed research and practice. “Most of my research was about the local slang and culture. I had to get the Rajahmundry accent right because that would affect my expressions too. It was like a mind game, to constantly think how a woman from Rajahmundry would’ve reacted in a particular situation and what her body language would’ve been. I created a backstory for her in my mind,” she shares. 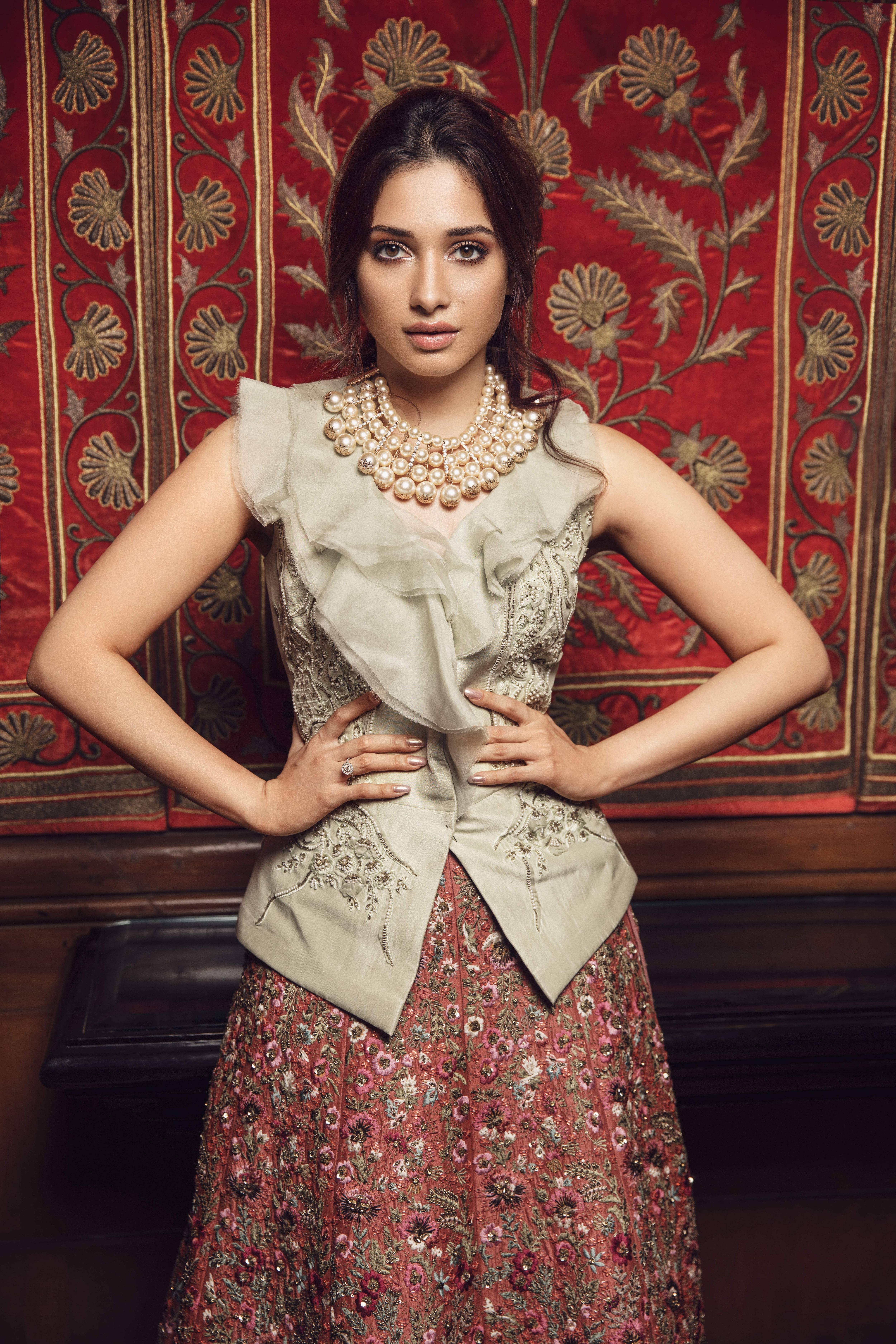 No stops, please
That is Mahalakshmi is just for the moment, though. Tamannaah has her hands full for the whole of 2019. Interestingly, she also has a lot of firsts as well. The actress will be sharing screen space with two versatile actors from the Telugu industry — Chiranjeevi and Venkatesh Daggubati in historical war film Sye Raa Narasimha Reddy and comedy-drama F2 — Fun and Frustration (respectively) — for the first time. That apart, the Himmatwala actress has the Kanne Kalaimaane (Tamil) and Hindi supernatural horror film, Khamoshi, as well, which is said to be the remake of Kolaiyuthir Kaalam (Tamil). She will be portraying the role of a speech and hearing impaired girl. “Khamoshi is a thriller, so everything from filming to prep was different. I have an instructor who teaches me the sign language. My director, Chakri Toreti, and I also sat down to understand the other mediums that one would use if she has a disability,” informs Tamannaah, confessing that it’s a year of many challenges. Is juggling the three languages a challenge too, we ask, and it’s an immediate no. “Language was never a barrier for me. I picked up both Telugu and Tamil early in my career and now I can converse in both fluently. When I’m on the set of a Telugu film, I make sure I speak to everybody around me in Telugu. That helps me improve my vocabulary and also makes me feel so at home,” she shares.

Dancing queen
At 29, this doe-eyed beauty can definitely give any young actress a run for their money. But Tamannaah is far from settling down. Rather, she is happily breaking myths about what one would call ‘the shelf life of a heroine’. With her calendar chock a block, we can’t help but ask when her last break from the camera was, as brief as it could’ve been. “It’s been a while. This year was definitely hectic but also interesting. But my takeaway from 2018 is to make more time for myself and my family. That’s my way of bouncing back to the celluloid, rejuvenated,” she says. And what does Tamannaah do to unwind? “I love dancing!” she exclaims. No wonder that her private parties too are all about dance. “I also love making people dance. My birthday bash has become so predictable now. My friends know they need to be at the venue with their dancing shoes and full battery to groove all night,” confesses Tamannaah. More recently, the diva was in the news for her Magenta Riddim challenge, where she grooved by the poolside to DJ Snake’s hit track, making a mark in the global scene as well. Much like her film roles, she gave the performance her own touch by fusing bharatanatyam with the EDM song. Not just the French DJ but she also had her 7 million Instagram followers (which is more than most Southern stars could boast) go, “She moves like jagger”. To borrow from the millennial lingo, Tamannaah has been trending for more than 13 years and how!

Fashion forward
One look at her Instagram account and you know Tamannaah is just as versatile with her style as
she is behind the frame. Not the one to abide by fashion rules, she’d rather go with her instinct and
mood than follow a trend. Unlike a lot of her contemporaries, the diva chooses dresses over
trousers and tees. “I’m all about comfort. But, to be honest, my outfit also depends on the amount of
time I have that day. The easiest thing to put together is an LBD or a chic dress,” she says.