It's been just a week since Maalavika Manoj's new single dropped on Youtube. And apart from over 30,000 views since - it's also been shared on Twitter by the likes of music legend AR Rahman and Anirudh Ravichander. Titled Absolute, this composition by the Mumbai-based singer, better known as Mali, is entirely different from her lockdown-inspired Age of Limbo and Play, a tribute to her grandfather.

There's a bold message behind this soft, almost delicate piano-driven pop ballad. As she puts it, the song is a "haunting surrender to the absolute power held by autocrats and people in power, and the many promises that they’ve broken along the way". It's personal, powerful and delivered with elegant poise (don't miss the dreamy music video!)

Here is Mali taking us behind-the-scenes of Absolute, the second single of her upcoming album,
Caution to the Wind:

Take us back to the conception of  Absolute. When did you write it?
I wrote Absolute a few years ago when I felt that same helpless feeling we’ve all felt when it comes to people in power taking advantage of their position and influence and breaking all the promises they made to get into power in the first place.

It’s not necessarily just to do with politics but any position of power really.

Tell us about some of the symbolism in the video - like the yellow satin wrap top that we keep seeing in the frame that you eventually put on.
The video shows the process of getting ready to perform and making yourself feel powerful. The gold top symbolizes that power and confidence. Like a performance outfit for showtime.

And the usage of mirrors is really to symbolize asking those questions to yourself. 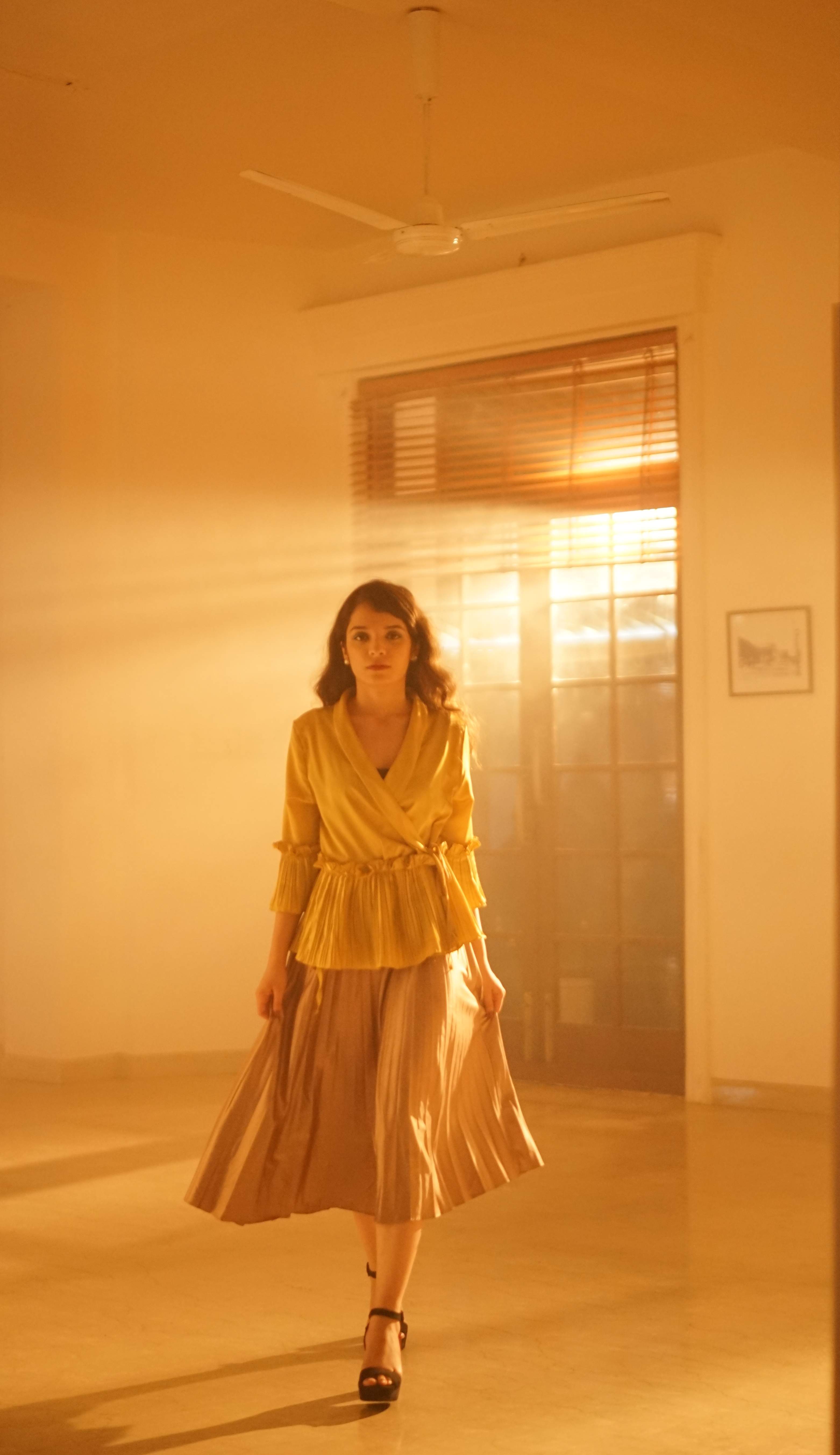 For artistes everywhere - what are some tips to shoot a music video in the middle of a pandemic?
For artistes looking to shoot content during this time, it’s hard to tell people exactly how cautious to be. Doing any kind of shoot is to a great extent putting yourself and the crew at risk, so it’s best to keep it simple and your crew as small as possible. That said though, the pandemic situation isn’t going to be changing drastically in the near future so it’s best to find ways to pull things off safely, taking all precautions rather than abstaining from doing any shoots.

And you can guess my last question. When do we hear you sing next?
(Haha) it’s difficult to say. Might to a live stream soon but I want to plan it properly and do it well. As far as proper gigs are concerned, anyone’s guess is as good as mine right now!