Interview: Rapper Naezy pays tribute to his Western influences and Mumbai's streets in his album Maghreb

After a brief break, rapper Naezy (originally Naved Shaikh) made a comeback of sorts with his single, Aafat Wapas, in April last year. A sequel to his first track Aafat, this new release cemented his position as one of the top rappers in the country, while assuring his fans that he’s back.

In an exclusive chat with Indulge, the Mumbai-based artiste tells us that the response gave him the boost and encouragement to release an album for the first time in his career. “Considering the Indian hip-hop scene is still in its nascent stage, it’s a risk I took to put out a bunch of my compositions in one go. But as an artiste, singles didn’t satisfy me enough. I wanted to release more than just one track and was also curious to see the response,” he shares.

East meets West
Released last week, Maghreb is a hard-hitting tribute to his roots and inspirations in the West, which influenced him to be a rapper. An Arabic word, ‘Maghreb’ translates to ‘West’ in English. Staying true to the title, Naezy creates a goosebump-worthy mix that hits the right balance between his Western influences and roots back in Mumbai’s gully (streets) in this six-track album. “It all started with a thought about how I’m a product of East and West. My lyrics have usually been about the problems in my neighbourhood in Mumbai, while my music is inspired by the kind of hip-hop artistes
I listened to during my teens,” he explains.

The album opens with the title song that serves as an introduction to his journey and sets the tone for what’s coming. While Jeeta Hara deals with the misplaced idea of success, Mere Bhantai is a catchy song dedicated to the youngsters of Mumbai. The album received more than one million views in a couple of days after its release on YouTube. “The album is a picture of my current state of mind. They were all written, composed and produced in the last six months. It covers all my thoughts about my journey, life in the gully, gender inequality and also the state of the nation,” he shares. The rap sensation has experimented by composing a song on love, calling it ‘a new side of Naezy’. The light-hearted romantic track, Pyaar Hai, features the rapper sharing his love story. 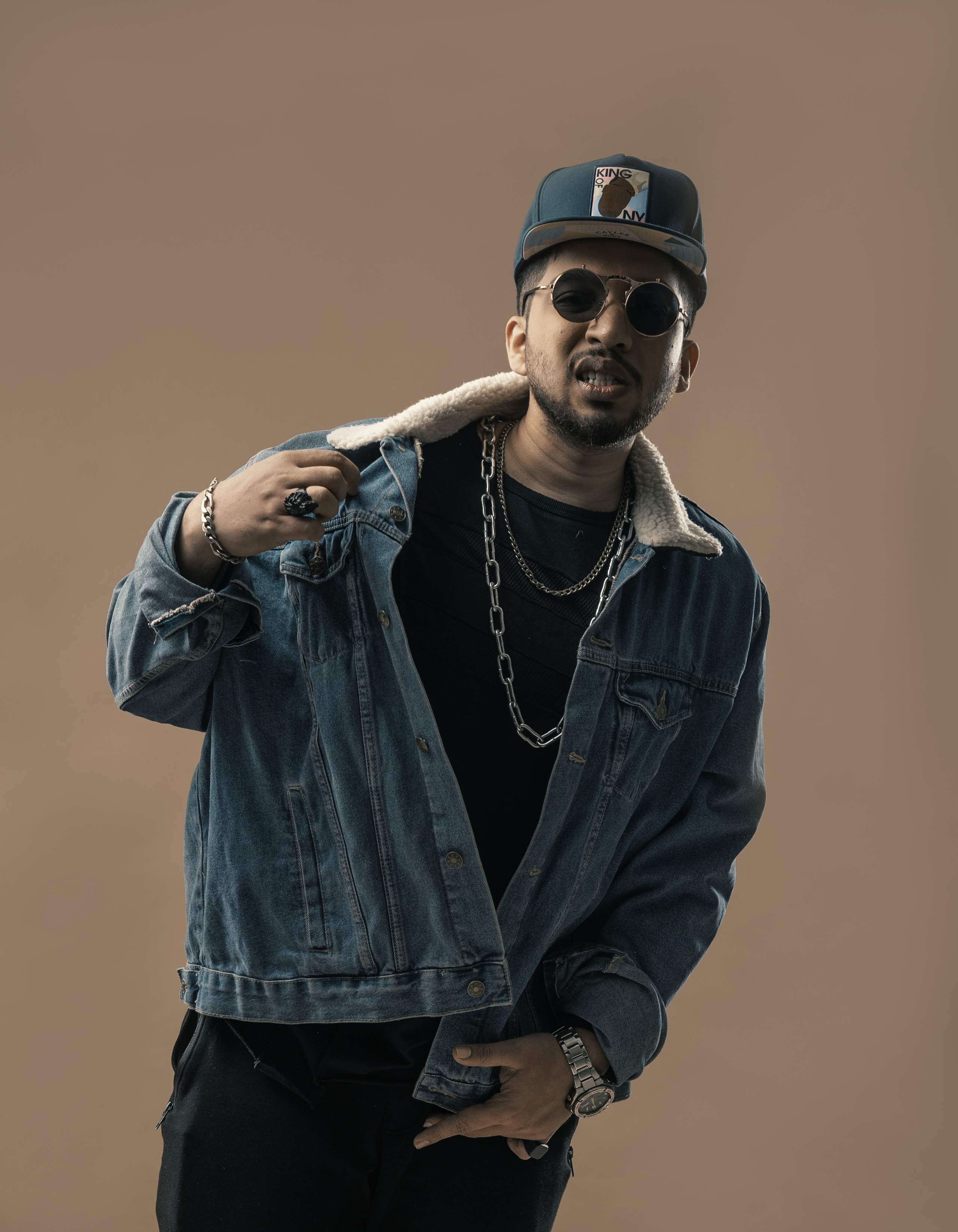 Everyday stories
Naezy is very much the voice of the streets. He is known for effortlessly conveying socio-political issues with hard-hitting lyrics. A large part of that comes from his personal experiences and surroundings. “I write from the perspective of a common man. Whatever bothers me is the same thing that bothers people in my neighbourhood. The reason I was so hooked on to rap was because it is such a great way of telling stories — communicating what life is like back in the streets. I also write in Hindi and the local dialect, which makes it even more relatable,” he shares.

Making music on social issues invites criticism, but Naezy has a positive approach towards it. “I have faced backlash for blaming those in power, at various points of my career. But there will be criticism no matter who you talk about. Honestly, it gives me a boost and sparks more energy,” he adds.

The real gully
Although Naezy has been in the scene for a few years, the release and success of mainstream Bollywood film Gully Boy, which was loosely based on the lives of him and DIVINE (Vivian Fernandes), did increase his fanbase. The Zoya Akhtar directorial threw light on the desi underground hip-hop scene. “Gully Boy has definitely brought more attention to hip-hop in India, and that’s a good start. It was educative, especially for people to understand that our songs are not just a copy of rap in the West. But it is very much rooted here with poetry and local flavour. Zoya (Akhtar) made sure to keep it authentic and balanced,” he says.

However, Naezy also rightly points out that the film has also made ‘gully’ a cool and celebratory term when in reality, there is ‘nothing happy about the streets’. “Things are not hunky-dory for anybody in the gully. The neighbourhoods are suffering. There is no education for children or even basic needs.
When people attend our gigs, they are cheering and partying, which I love. But, I hope the idea of gully is not sugarcoated. In my new album as well, I tried to talk about why people in the streets get into fights, or why they live a certain way,” he concludes.

Dream collaboration:
“Collaborating with Nas (American rapper Nasir bin Olu Dara Jones) was a dream come true. I hope I get to work with Kendrick Lamar sometime in the future.”

Maghreb is available on all music streaming platforms. Click here to listen to it.