The subject of nepotism has been acutely dissected by desi junta and A-listers after the tragic death of Sushant Singh Rajput, who was a B-town outsider and was reportedly struggling to maintain a status quo after he was dropped out of major projects. While Jahnvi Kapoor, Saif Ali Khan, Anurag Kashyap, Ranvir Shorey and more stars have opened up about the realities of nepotism in Bollywood, some big names have stayed mum. Recently Kareena Kapoor Khan weighed in on the subject and received a lot of flak on social media for her tone-deaf comments. 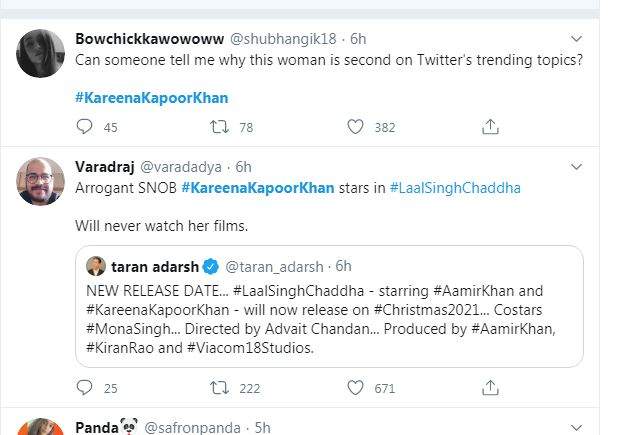 During an interview with Barkha Dutt, Kareena, who completed twenty years in Bollywood a few weeks back, said that 21 years of career wouldn't have been possible if only nepotism mattered. "My struggle is probably not as interesting as someone's who comes on a train with Rs 10 in his pocket. It's not been that interesting but I also have a story to tell," Kareena remarked. The actor also talks about the role audiences have played in the scenario that exists today. 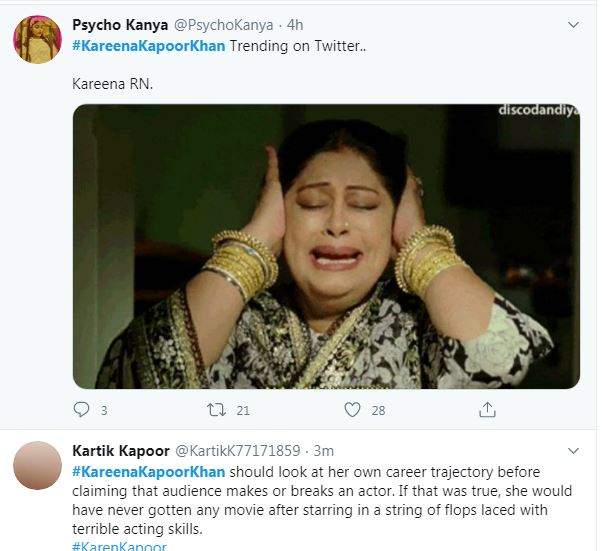 "The audience has made us, nobody has made us. People pointing fingers, they are only making these nepotistic stars, right? You are going to the movies, so, don't go then. Nobody has forced you so I don't understand because this whole discussion is completely weird," the actor said. Kareena also talked about outsiders like Shah Rukh Khan, Akshay Kumar or Rajkummar Rao who have made it big despite not belonging to a Bollywood family. But desi Twitter has not received Kareena's comments well, as most Tweeters found it tone-deaf and entitled, and some have even talked about boycotting her upcoming film Lal Singh Chaddha, which announced its release date today.