Kareena Kapoor Khan is celebrating Raksha Bandhan with her Kapoor khandaan, and the actress posted family pictures on her official Instagram account.

In the Kareena is seen with all her brothers, Ranbir Kapoor, Armaan Jain and Aadar Jain. Also seen in the picture are Ranbir's sister Riddhima Kapoor Sahani and Kareena's husband Saif Ali Khan.

However, Karisma Kapoor was missing from the celebrations and she sent a video message for all her brothers.

Earlier in the day, Kareena reposted an image from Soha Ali Khan Pataudi, that has her son Taimur and Soha's daughter Inaaya, playing with a ball. However, Kareena had a completely different caption from Soha. The duo lightly joked about Taimur's pout. 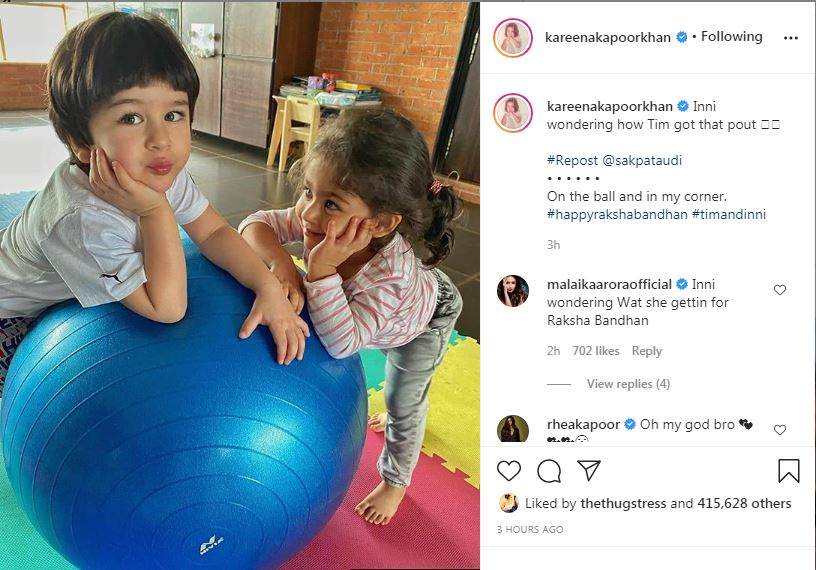 Although the lockdown has put a halt to people's lives and activities, Kareena and husband Saif seem to have made the most of the downtime. Saif oversaw the work at their new apartment and the family will shift soon. Read the story here.

On the work front, Saif will be seen in Bunty Aur Babli 2, while Kareena is cast opposite Aamir Khan in Laal Singh Chaddha.