Justice League star Ray Fisher confirms he will not return to play Cyborg in The Flash, as Warner Bros. has removed him and his character from the movie. Fisher who played the role of the cyborg superhero Victor Stone in the DC Extended Universe was set to reprise the role in the future The Flash instalment and a solo Cyborg movie. But Fisher was embroiled in a very public battle with Warner Bros. and DC Films, where he took a stand to call out the unprofessional behaviour that he experienced during Justice League's post-production. Ray accused Joss Whedon of being abusive on sets during the post-Zack Snyder reshoots of Justice League. Fisher also accused producers Jon Berg and Geoff Johns and current DC Films president Walter Hamada for enabling this behaviour. A few hours back the actor took to Twitter to clarify his stance and criticise WB's decision. 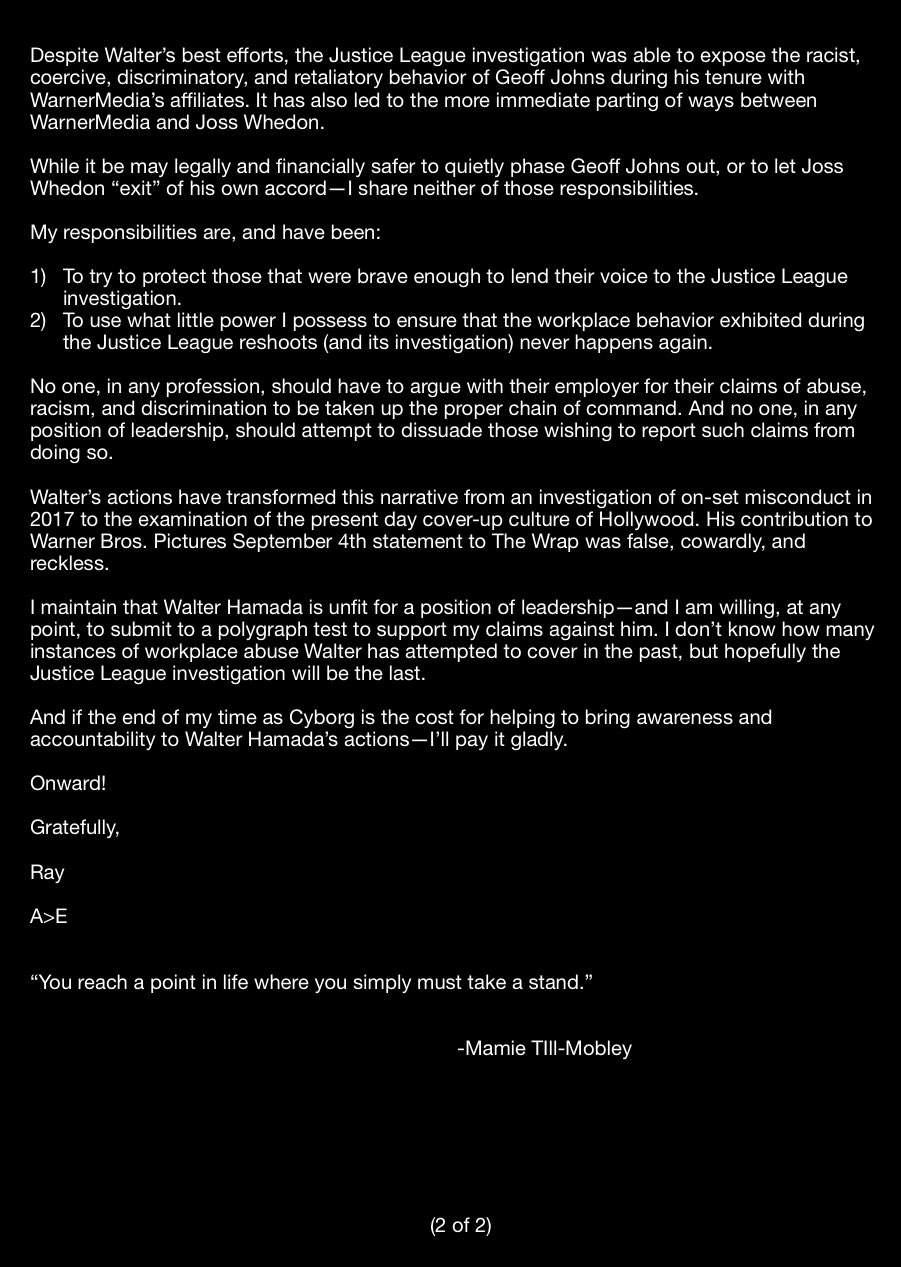 "I strongly disagree with their decision," he wrote. Fisher had earlier commented that he would never work on a movie that Hamada is involved but WB extended Hamada's contract to stay on as the leader of the DCEU. "I maintain that Walter Hamada is unfit for a position of leadership. And I'm willing at any point to submit to a polygraph test to support my claims against him." he wrote.