Sicko Mode rapper and merch icon Travis Scott has launched his much-awaited spiked seltzer brand, Cacti, in partnership with Anheuser-Busch. The Cacti Agave Spiked Seltzer is available in three flavours—Strawberry, Pineapple, and Lime and  was released on March 15. To celebrate his newest venture, Scott filmed a short and quirky commercial for featuring himself as well as comedian Eric Andre; the 30 second clip, which debuted during the 2021 GRAMMY Awards. 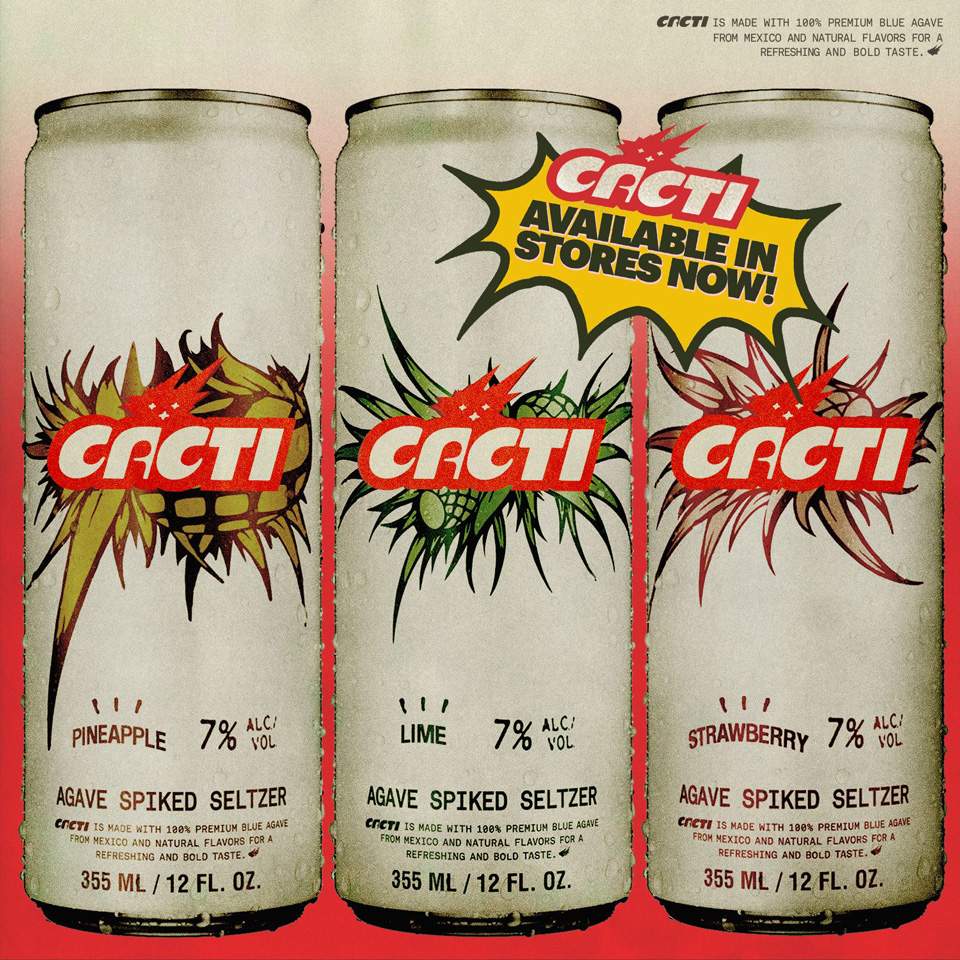 "Cacti is something I'm really proud of and have put a ton of work into. Me and the team really went in, not only on getting the flavor right, but on thousands of creative protos on everything from the actual beverage, to the can concept, to the packaging and how it is presented to the world. We always try to convey a feeling in our products. I'm a big fan of tequila so I came at it from that angle, too. I'm really excited to put this out in 2021 and see other people be able to enjoy it."