The rugged and buff Indian prince who comes out of a box in Alisha Chinai’s music video, Made in India might be the first time we saw Milind Soman on screen. Years have passed and while he still remains a heartthrob for many, the 52-year-old model-turned-actor and fitness influencer has created an image for himself beyond the fashion world. “It’s funny that I thought it was a terrible video,” says India’s first ever male supermodel in response to the reminder (of his screen debut) from the early ’90s as he, along with newly-wedded wife, Ankita Konwar spare some time for an exclusive interaction with Indulge.

Milind and Ankita are undoubtedly one of the most-talked-about couples in recent times. From when he admitted his relationship with this 26-year-old former air hostess until when they tied the knot in a private ceremony in Alibaug in April this year, the couple has been under the paparazzi’s scrutiny whenever seen together. However, we all know that being criticised doesn’t bother Milind. 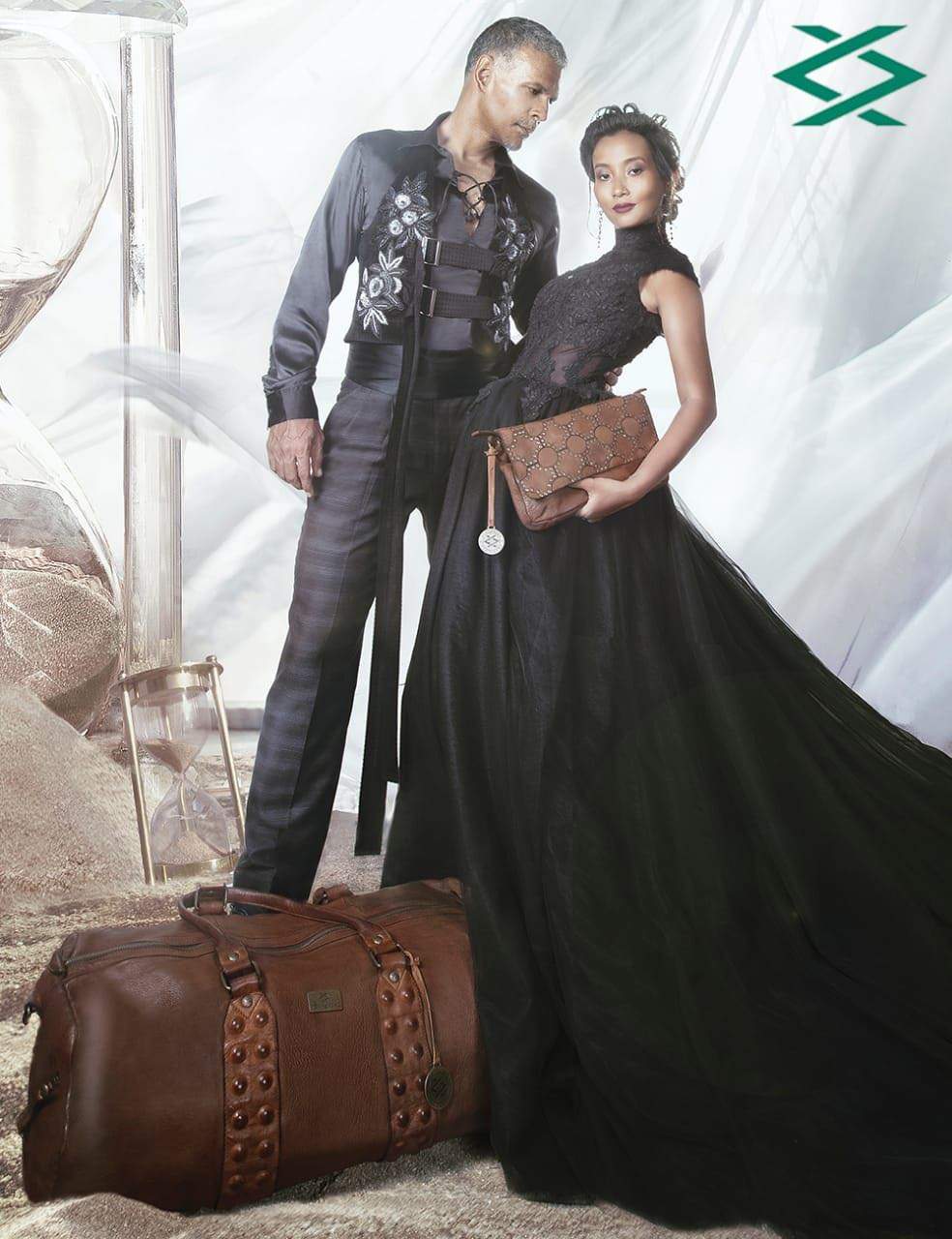 From dealing with remarks on controversial ad campaigns to his relationships, Milind has always shown the world how to face brickbats with grace. When asked about how he deals with unwanted interference on the work front as well as personal life, he says, “I ignore all the criticism. Honestly, I think that I am my best critic. I do enjoy different perspectives from people though. Criticism tells me a lot about the world, and I find it good fun.”

Post wedding, the couple has got people talking as Kompanero, the Kolkata-based premium leather accessory brand revealed their high-fashion photoshoot featuring them. “I don't do shoots that often and it’s been quite a while for me. So getting into the surrealistic space that the photographer had imagined was good fun.” While Ankita looks ravishing in edgy Victorian gowns, Milind is seen sporting embellished satin coats and floral scarves in the pictures. Sharing his excitement about their first ever campaign together as a couple, Milind says, “It’s always super fun to do all kinds of things together. It was special because we had never shot together before and we were experiencing a lot of things for the first time while working together in front of the camera.” 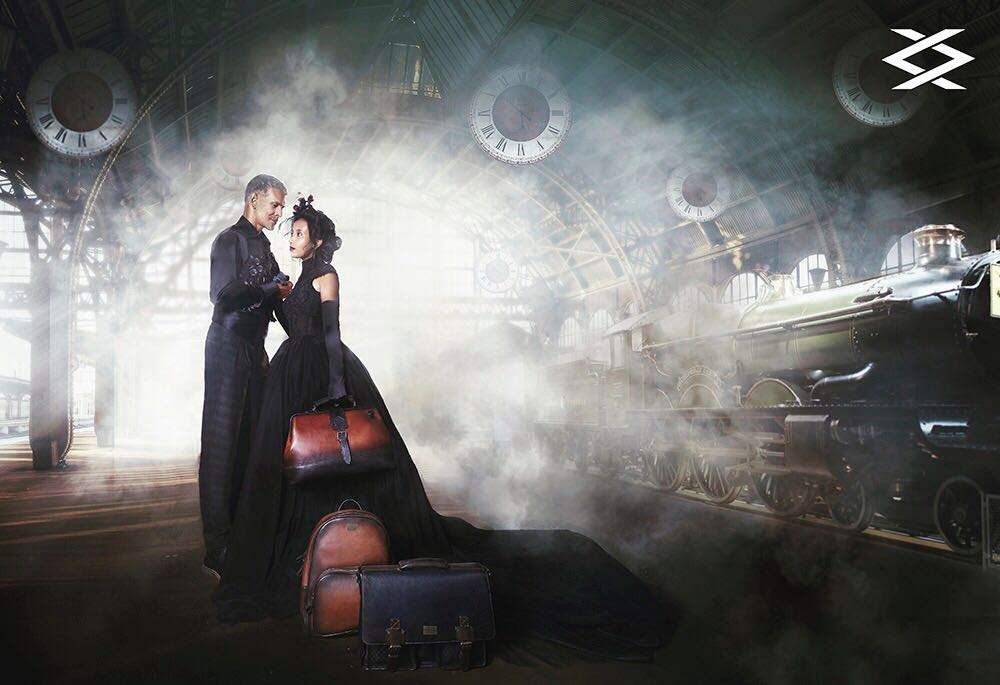 Talking about the couple’s style statement, Ankita says, “I have spent years of my life grooming myself and updating myself on the latest trends. But now I’ve come to realise that one needs to be healthy, mentally and physically, in order to accept their true self and become confident. Once you achieve that, you will look great all the time.”

Contrary to what we think, Milind says he doesn’t have a fitness routine. He just likes to be active all the time. Sharing his emotional secret to aging gracefully, Milind says the one thing that keeps him up and running is having a bad memory. “I am lucky to have been able to develop a bad memory. I imbibe things that have happened, I don’t think about them. I believe overthinking is a big cause of mental, emotional and physical diseases, and also premature aging,” he added. While admitting that life has changed quite a bit after marriage, Ankita shares that the most significant of the changes is definitely a better diet and a healthier lifestyle. “Fitness has always been a part of my life,” says Ankita, while adding that Milind has played a part in broadening her horizon on the subject. “Apart from fitness, I like to sing, write my own songs, play my guitar, dance and when there’s a lot brewing in my mind, I like to put everything on paper,” Ankita shares.

Sport for a cause
Apart from successfully taking up fitness challenges such as the Ironman Challenge and breaking records, Milind has created an image for himself as the poster boy for feminism. By organising Pinkathon, the country’s largest women-only running event aimed at promoting good health and breast cancer awareness, Milind has inspired thousands of women to come out of their homes and start running. “Initially I wanted to know how women would respond when a certain space is being dedicated to them. Pinkathon conceptually was, and is, a trigger and a catalyst for women empowerment. For me, it has been a fantastic learning experience,” he added. Having stood out from his contemporaries, Milind shares that he intends to lead his life as a social ambassador. “I believe in giving back to the society. People do what they can. I have more projects in mind. You will get to know about them soon. Keep it simple
Having kept the wedding simple and intimate, the couple also set a benchmark for celeb weddings by not going all out on the ceremonies. “It was a conscious decision to make the wedding simple. It was a celebration only for us and the people closest to us,” says Milind.

Sounds like love
When asked about how she felt after getting married to one of the hottest men in the country, Ankita says, “He is hot, there is no denying that. We have been together for almost five years now.  To me, he’s my home and one is most comfortable when she  is home regardless of the outside world.”

Do it together
Out all the time either travelling or involved in sports, Ankita says when it comes to taking charge at home, both of them are equally keen. “We both do things in synchronisation. Whatever comes our way,
we just get it done,” says Ankita, while Milind added that he has learnt life lessons such as patience, understanding and time management from Ankita.

Follow your  heart
When asked about what they want people to learn from their love story, the couple says it is to ‘follow your heart and make sure nothing stops you from being happy.’