The Chopras have always welcomed new family members in style. Keeping up that tradition, Priyanka Chopra introduced the world to Bailey Chopra, an adorable pup.

Priyanka, who has just arrived in Mumbai for her brother Siddharth Chopra’s wedding, got a warm welcome from Bailey. “Best way to come home,” she captioned a picture of her brother holding him on her Instagram story. 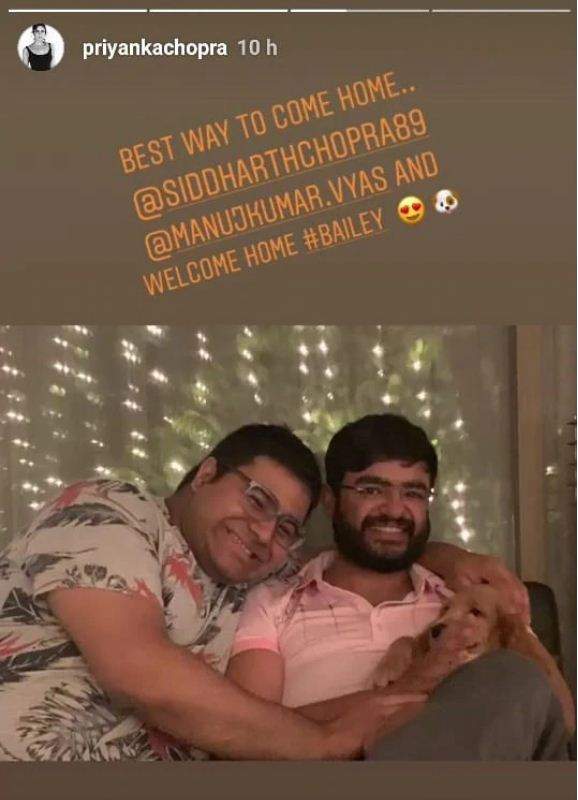 She also shared another picture of the pup saying, “This is Bailey Chopra. He will be Insta-official soon. Lol.”

Her sister and actress Parineeti Chopra also shared a picture with Priyanka and Bailey and revealed that she named the pup. “Meet Bailey Chopra! And like in any other Punjabi family - I (his aunt) named him! Hahaha”: she captioned it. 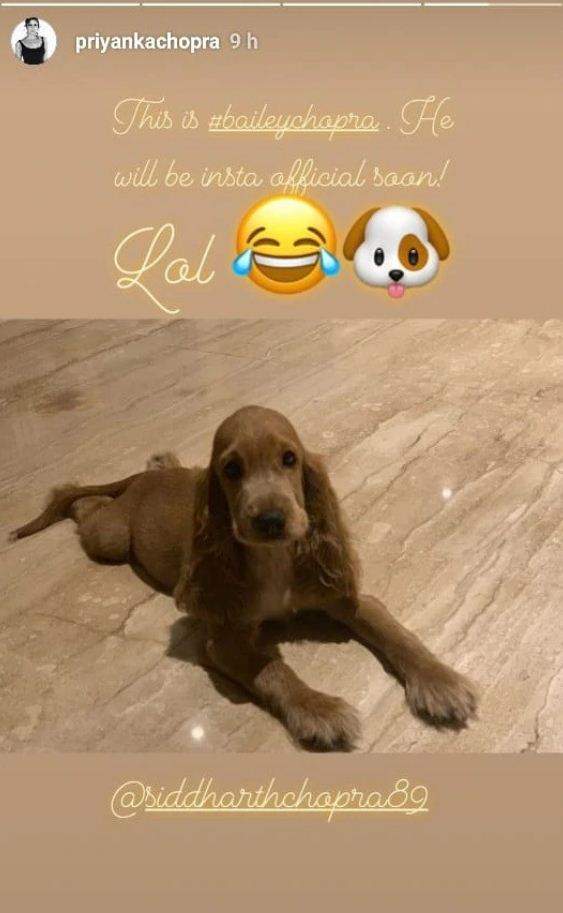 Priyanka’s brother Siddharth is set to tie the knot with his fiancée Ishita Kumar. The couple got engaged in a roka ceremony in Delhi a few months ago.

On the professional front, Priyanka recently completed the shoot of Shonali Bose’s The Sky Is Pink, which marks her comeback in Bollywood after three years. The film also stars Farhan Akhtar and Zaira Wasim in key roles and is scheduled to hit the theatres on October 11, 2019.

Meet #BaileyChopra! And like in any other punjabi family — I (his aunt) named him!! Hahaha