The air was thick with anticipation and scalding heat as fans waited for their Rowdy hero to emerge to flag off his "Birthday Truck", in which he would then set out to distribute ice creams on the occasion of his birthday. Although the crowd's disappointment mounted as they waited in the sun, the moment he arrived they melted into cheers.

True superstar style, Vijay Devarakonda entered the Cream Stone at Road No 1, Banjara Hills, from the back door and made an entrance for the folks flocking at the front of the store. He did indulge in a few courtesies and pictures for the young girls waiting for him inside the store, and also tried his hand at folding ice cream on the ice slab. Vijay Devarakonda's birthday certainly calls for a crazy cake - and the cake he cut for this birthday featured a black and white movie reel with a plate reading Rowdy, his brand. 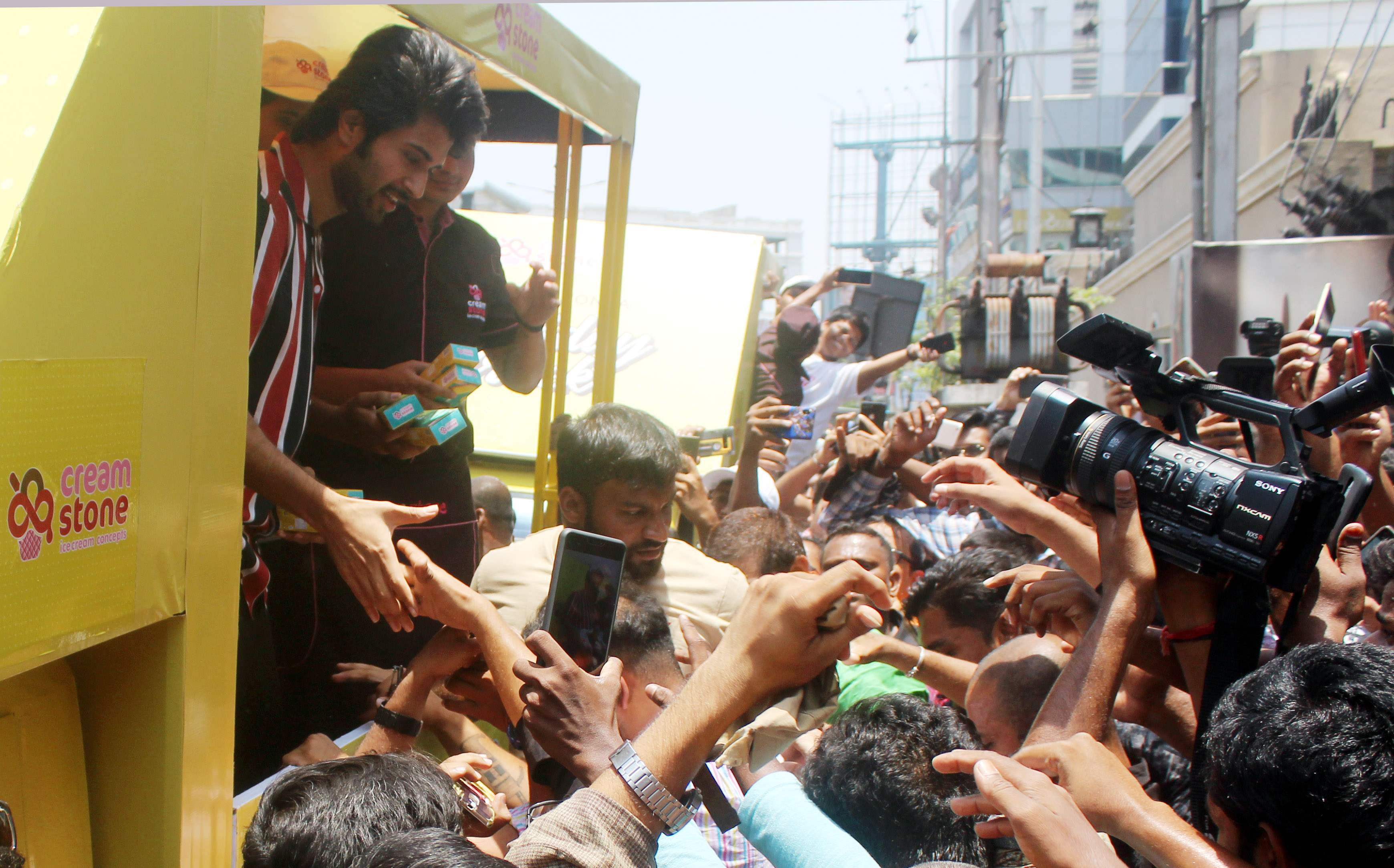 It was now time to flag off the ice cream truck. He jumped on to the truck which was loaded with Cream Stone's Mr Alphonso ice creams and waved at the fans gathered around. It wasn't long before the truck took off and the "rowdy" fans followed it to get a glimpse of Devarakonda and to grab an ice cream from their hero. Unable to move any further in the truck owing to the crowd, Vijay jumped off it and walked with the crowd to get them moving. The mango ice cream was packed with Vijay's face on it too! 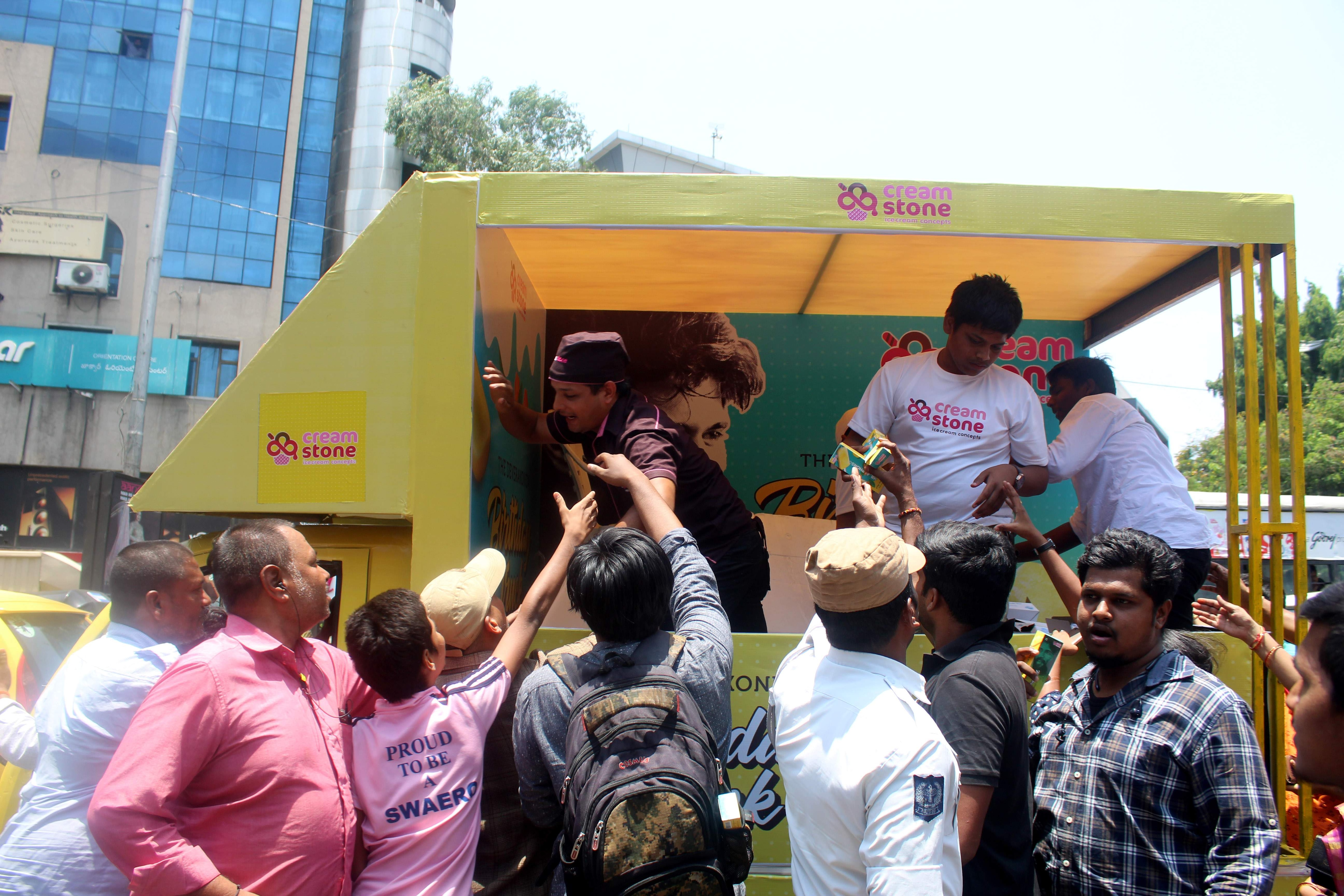