In a heartfelt tribute to Irrfan Khan, who breathed his last today morning, actor Kamal Haasan took to social networking site Twitter to express his awe for the actor.

Calling him 'Irrfan Ji', the Ulaganayagan of Tamil film industry said, "I wish you stayed longer. You deserved more time."

Too soon to leave @irrfank Ji. Your work always left me in awe. You’re one of the finest actors I know, I wish you stayed longer. You deserved more time. Strength to the family at this time.

Actor Irrfan Khan, who admitted to Mumbai's Kokilaben Hospital with a colon infection, passed away today morning. The untimely demise of the 54-year-old actor left everybody shocked, including his colleagues and fans across the film industries and the country. While his Haider co-star Shraddha Kapoor, called him a 'magician on the big screen', Priyanka Chopra called him an inspiration for many and his Karwaan co-star Mithila Palkar called him a gem. 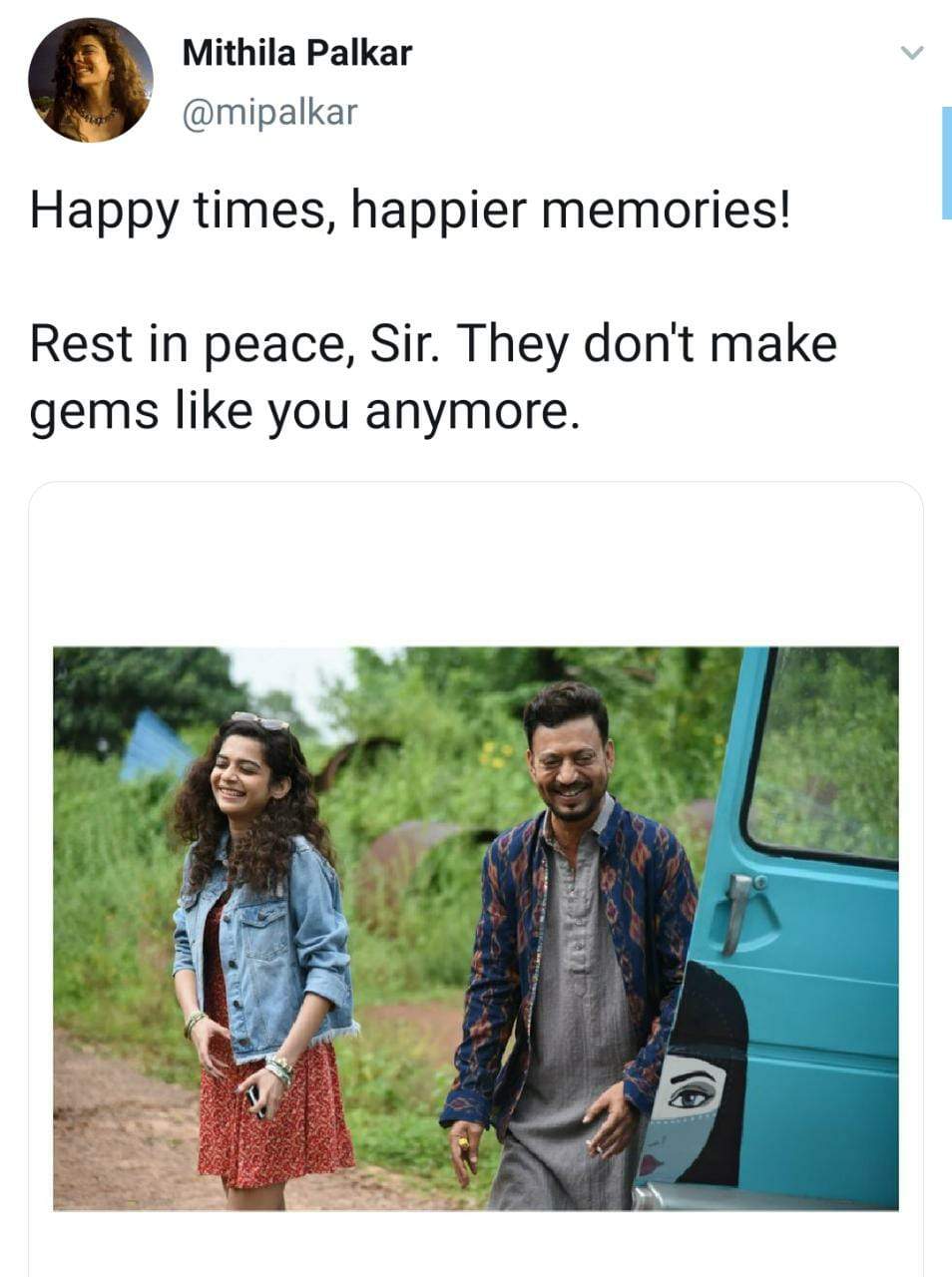