'Home Alone' star turned 40, and now Macaulay Culkin wants the world to feel old with him

The Home Alone movie actor Macaulay Culkin turned 40 on August 26, and the star tweeted his age to make his fans and followers feel old.

In a series of tweets posted on his timeline, Macaulay said, "It's my gift to the world: I make people feel old. I'm no longer a kid, that's my job." 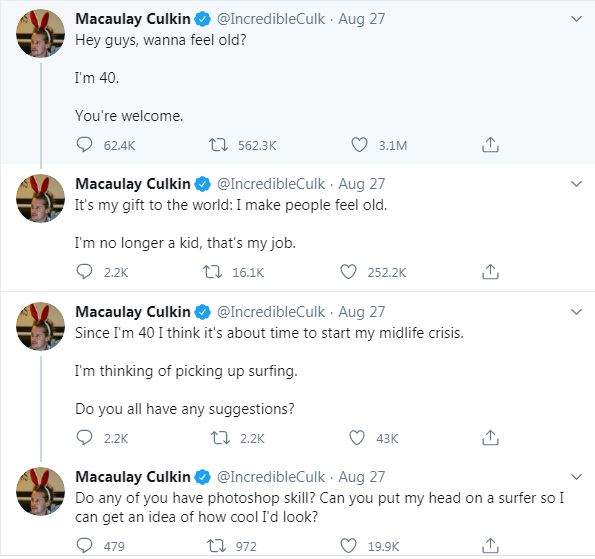 The actor played the character of Kevin McCallister in the Home Alone series, also expressed his desire to start a new hobby and pick up a midlife crisis. "Since I'm 40 I think it's about time to start my midlife crisis. I'm thinking of picking up surfing. Do you all have any suggestions?" he tweeted.

However, his followers had a major meltdown and asked him why he is making them feel bad. A few tweeted some funny messages. 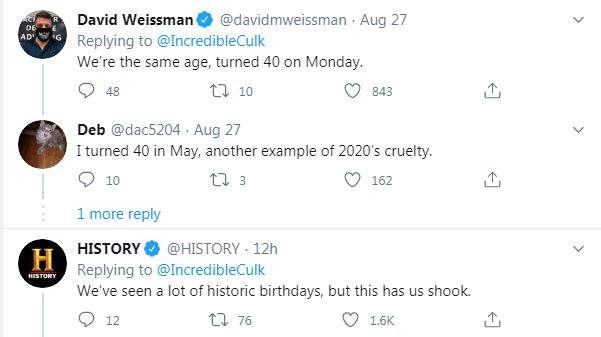 As a child actor, Macaulay also starred in films such as The Good Son, Getting Even With Dad and Richie Rich.

As per reports he will appear in season 10 of American Horror Story next year.