The news of former President of India, Pranab Mukherjee’s, demise elicited reactions from all corners of the country. From Prime Minister Narendra Modi to CM Mamata Banerjee and Bollywood celebrities and cricketers, everyone took to social media to express their grief over the big loss. Tollywood celebs too remembered the leader with fondness.

MP and actor Nusrat Jahan were among the few who took to Twitter to express the loss. Nusrat shared a picture with CM of Bengal Mamata Banerjee and Pranab Mukherjee in the frame. Her caption read: “Deeply saddened by the news of passing away of stalwart and statesman former President Shri Pranab Mukherjee. Indeed, a great loss for Indian politics and India at large.” Her friend, MP and actor Mimi Chakraborty also shared a message on social media. 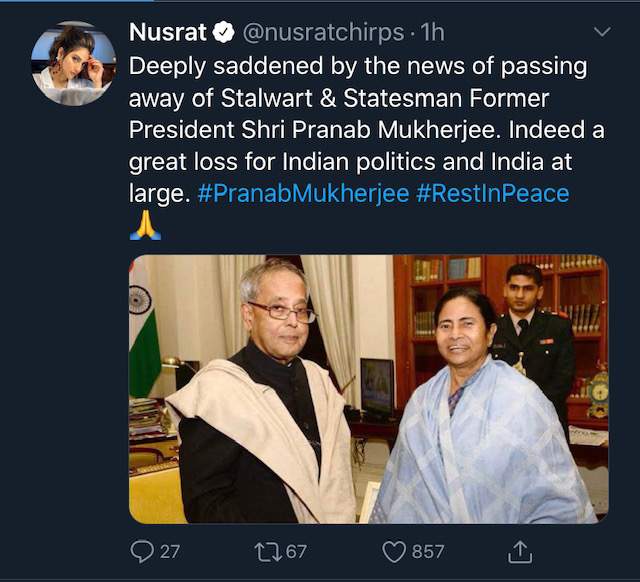 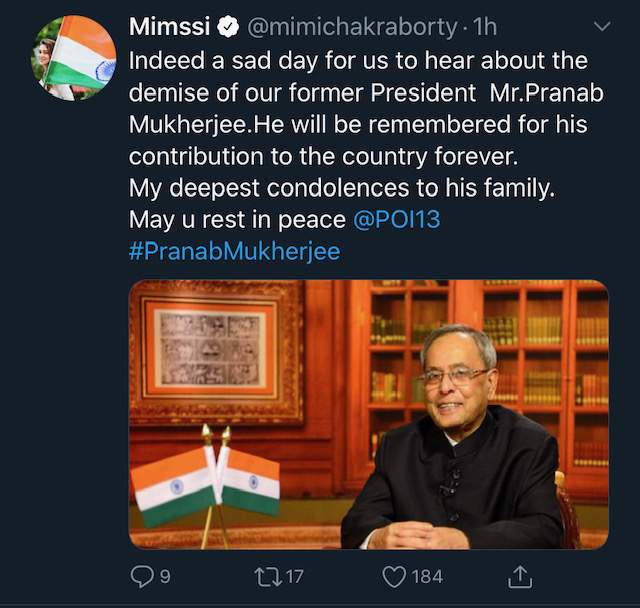 Superstar Prosenjit Chatterjee also shared a message with a picture. Actor Jeet too remembered the great leader with respect and we couldn’t agree more with his caption. It read: “This Bharat Ratna leaves us for the heavenly abode. He was one of the most loved President… one of the greatest leaders. He will be remembered for his contribution to the country.” 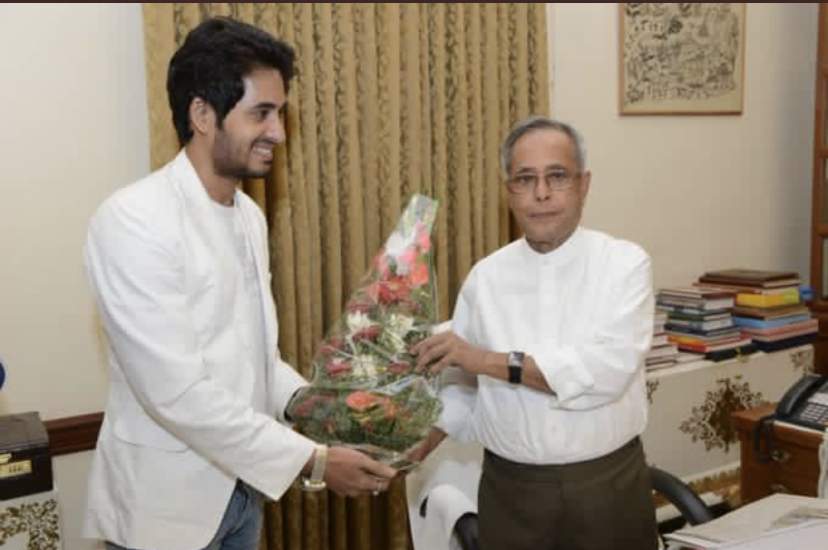 Actor Hiraan shared a picture of him receiving a flower bouquet from the former President of India with a caption reading: “There’s no humiliation more abusive than hunger…”

The page of Kolkata Knight Riders too shared a picture with the caption: Always loved, and never forgotten.

The former president was admitted to Army Hospital in Delhi and had undergone brain surgery on August 10. His condition deteriorated in the following days and he died on Monday evening (August 31) .