Interview: Nimrat Kaur talks about Homeland's finale, working in the West, and her fitness mantra

Half a dozen films in a career spanning across a decade is not the kind of introduction an actor would enjoy. Nimrat Kaur, however, isn’t your mainstream actress. Beginning her career with Anurag Kashyap’s Peddlers in 2012, one look at her filmography will tell you that the Mumbai-based diva has always put content over everything else. Her breakthrough, not just to the Indian audience but film lovers across the world, was with the award-winning epistolary romantic film, The Lunchbox, which was directed by Ritesh Batra and starred Irrfan Khan. It had multiple international screenings including one at the Cannes Film Festival. If first appearances are truly the lasting ones, Nimrat, with her straightforward and honest acting, proved to all that her first feature film is not a mere flash in the pan. She went on to do roles that stay with you long after you have walked out of the theatre including the solitary Ila in The Lunchbox (2013), resilient Amrita Katyaal in Airlift (2016) and feisty Shikha in The Test Case (2017). 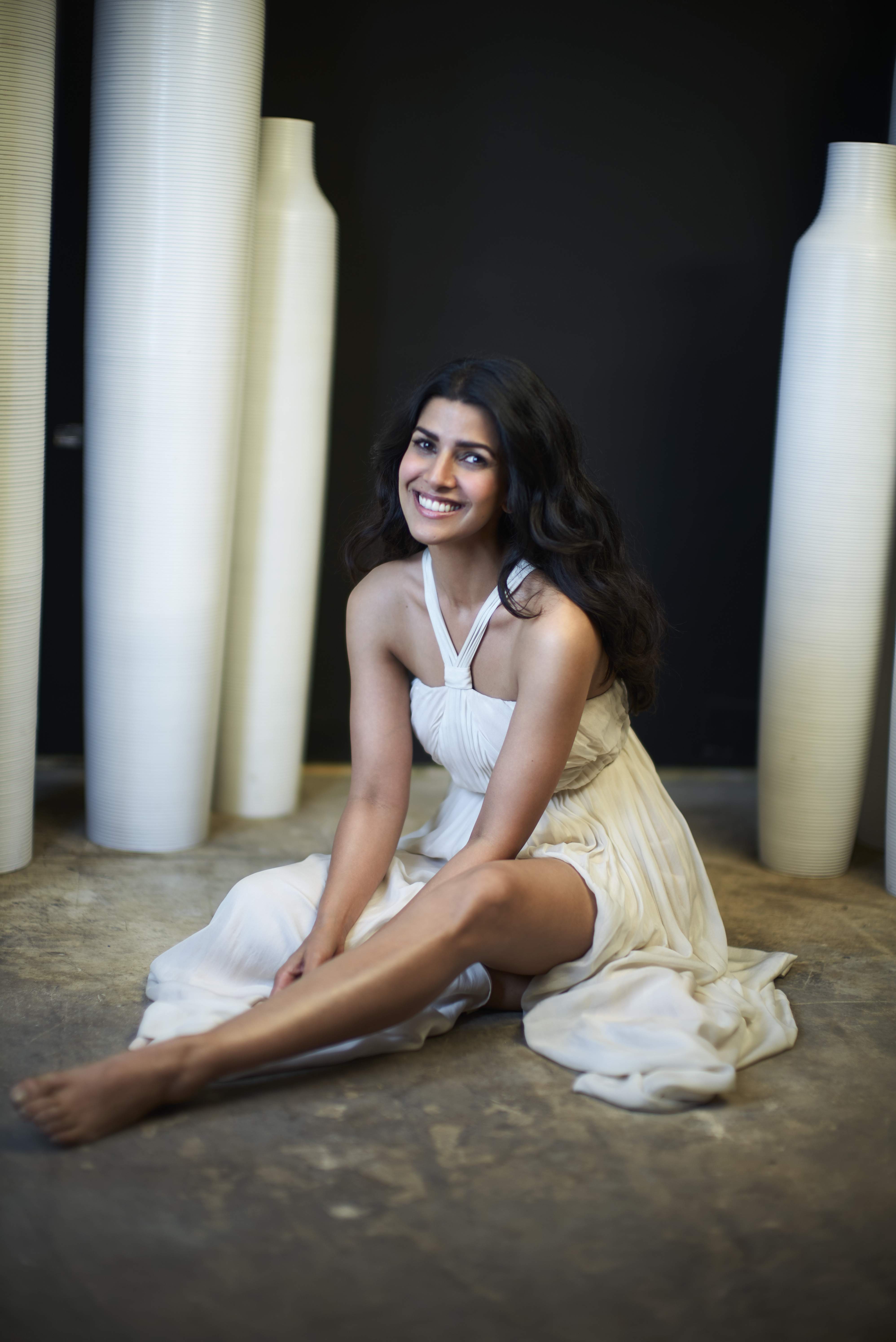 The 37-year-old has been receiving a positive response for her work in the final season of American spy thriller series Homeland. As the nefarious Tasneem Qureshi, Nimrat is the actress you love to hate — thanks to her commendable acting chops as the antagonist. She plays a Pakistani Inter-Services Intelligence officer plotting against Claire Danes’ Carrie Mathison. In an exclusive chat with Indulge, Nimrat talks to us about playing an antagonist, lessons to learn from the West and juggling various medium of work. Excerpts:

How does it feel to be back on the season finale of the spy thriller, Homeland?
Amazing! When I first met the makers in Los Angeles, they were just writing Tasneem Qureshi’s character and they had asked me if I was free to do a role. I was more than happy to take it up. I’ve watched the series from the start and I’ve loved it. After joining the team, it’s been a process of learning and note-taking (laughs). I had to give up a few big films here because of the long schedule. But everything happens for a reason. Now, I’m a part of the huge finale, which is great, considering it’s a farewell to all the fans.

Your character has quite a few negative shades. How challenging was it to prep for this one?
Honestly, it is not a part that requires heavy-duty preparation, especially physically.
I needed me to be in the moment and think like an ISI officer. Returning to the set after three seasons, I had to go back to the mindset of my character, who has now developed to become a senior officer. Although it is considered a negative role, I saw the potential that this part had. Tasneem is an empowered woman, who has her own reasons and justifications for every move she makes. These days, I love being told how evil I am in the role.

You’ve been a part of two international television series — Homeland and Wayward Pines. Does your approach towards a character change when you’re appealing to a global audience?
There’s a different vibe about shooting for the global audience. Firstly, you’re in a new set-up because you are required to be more communicative in English. Having studied in English medium schools, that doesn’t come unnaturally to me. Fortunately, it wasn’t an ethnic casting, even in Wayward Pines, which is reassuring and comforting! But if someone comes to me with a role where I need to develop an accent, I would love to do that too. I feel this is a glorious time for actors to be working across the world and I want to make the most of it.

How different would you say is the process of filmmaking in the West?
Acting in the same everywhere but the environment does change. Culturally, our teams are different. We are more emotional people. We also adjust to each others’ timings and processes. In the West, everything works systematically with no room for anybody overstepping anything. Everybody knows exactly what they are expected to do. If there is one thing we need to learn from them, it is to respect timeline and be more punctual.

Since the beginning of your career, you have played characters that are strong in their own way — from Ila in The Lunchbox to Capt Shikha Sharma in The Test Case. Has it been a conscious choice? What’s your criterion to pick roles?
I’ve been lucky to be a part of projects that allow me to explore characters like the naive Ila, mastermind Tasneem or tough and strong Shikha. For any of these roles, my process remains the same. I stay close to the script and writers, trying to scratch beneath the surface to understand whom they have imagined in their world. I break it down and find an emotional journey of the character. I look for inspiration in conversations and surroundings on the set as well. That’s of utmost importance to me as an actor. Of course, I believe that there’s a bit of me in every part that I pick and work on.

Having said that, do you think it gets difficult for you to move on from a character after a project is done?
Oh, yes! There’s something from each character that stays with me. I’ve not really juggled many characters in one go as of now. My career has been such that I have done one project at a time, thus delving even more into the mind of the person I’m portraying. Also, whether it’s a film or series, it is a long term association. My character Ila from The Lunchbox has been the most difficult one to move on from. It was my first big project and it continues to be extremely close to my heart. It’s always bitter-sweet, but that’s the way of life, isn’t it?

After your first feature film, you signed a television series and later went on to do a show for the webspace. How much does the medium of your work matter to you?
It doesn’t. When I chose Homeland after The Lunchbox, I was told it was a wrong decision — ‘Why would you do a TV show after a film?’ But it didn’t matter to me. The role was interesting and I took it up. There are only a few extremely well-written scripts. If there’s an opportunity for me to do it, I wouldn’t let it go, irrespective of the medium. When I signed The Test Case, the webspace hadn’t even begun in India. People were talking about it but nothing big was announced yet. It was a risk but I don’t mind taking it. I just want to do good stories that I can be proud of. I want people to remember my roles.

Talking about your initial days, how did your theatre experience help you, especially in portraying the role of Ila for your debut?
I wouldn’t have been 1/10th as prepared as I was, if not for theatre. It exposed me to different people, culture, and stories while teaching me the syntax and language of being an actor. I had no film background and didn’t even know how to read a scene. Coming from an army background with little exposure to cinema, it was bizarre for me to even want to be an actor. Theatre gave me a clearer picture of what acting is and that’s when I decided to take this up seriously. I remember when I moved to Mumbai after graduation, I gave myself six months to earn a living. If I couldn’t, my plan was to move back and pursue accounting. In retrospect, however, I don’t think I would’ve gone back even if I didn’t make it in six months or longer. 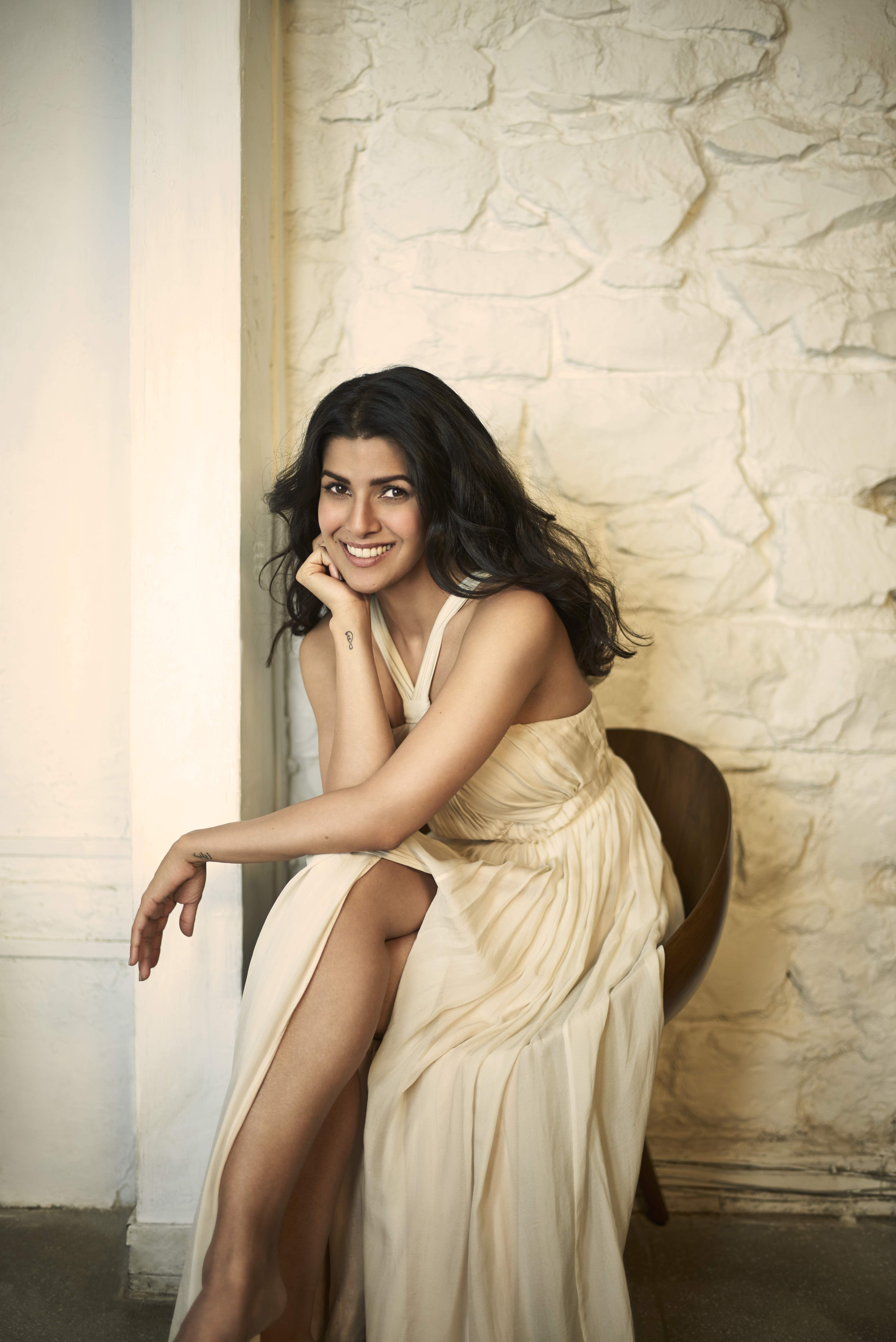 No breaks
“Even on days I’m not working, I like to follow a schedule. My chill time is also filled with activities (laughs). I meet some friends, make some time for a pampering session at the parlour and try to watch a film. I’m not a lounger — minimum hours of sleep is good for me.”

Fitness first
“I love my food and I don’t want to curtail my habits. So, I make an extra effort to exercise and take care of myself to be able to eat whatever I want. I do a lot of functional training, yoga and I love pilates!”

Diet diaries
“I start my day with hearty oatmeal for breakfast. Depending on my mood, I pair some eggs or a toast with it. I don’t like juices, so I try munching on fruits and nuts whenever possible. These days, I’m consuming less meat and focusing on veggies. I also like to have an early dinner at 7 pm.”

Bibliophile’s corner
“Right now, I’m into philosophy and human civilisation-related books. Sapiens: A Brief History of Humankind by Yuval Noah Harari is one of my favourites.”

Cleanse it right
“The secret is a good cleanser. As actresses, we apply a lot of makeup and shoot outdoors. It’s important to let your skin breathe. Once I’m done for the day, I wash my face and apply Vitamin E. I’ve followed it all my life, and it has helped me a lot with glow and moisture.”

What’s next?
“Films! No complaints about job satisfaction but I miss being on the big screen. I would love to do a biopic, maybe on Amrita Sher-Gil (Hungarian-Indian painter). Action and romantic-comedy genres fascinate me too.”

Homeland Season 8 is streaming on Hotstar and airs on Star World.