Radhika Apte has been trending online, here's why!

Actress Radhika Apte has been trending online on Friday. The actress' upcoming film, Raat Akeli Hai's trailer was released. However, it's not only the trailer that has caused her to trend, but it's also the fact that this film is a Netflix original, and is Radhika's fourth partnership with the platform.

The actress was earlier seen in the Netflix original series Sacred Games and Ghoul, and in the film anthology, Lust Stories. Tweeple had a field day by posting memes on Radhika and Netflix's obsession with the actress.

Here's a look at some of the memes: 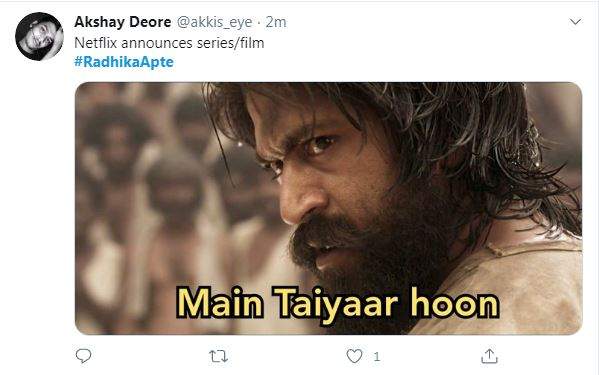 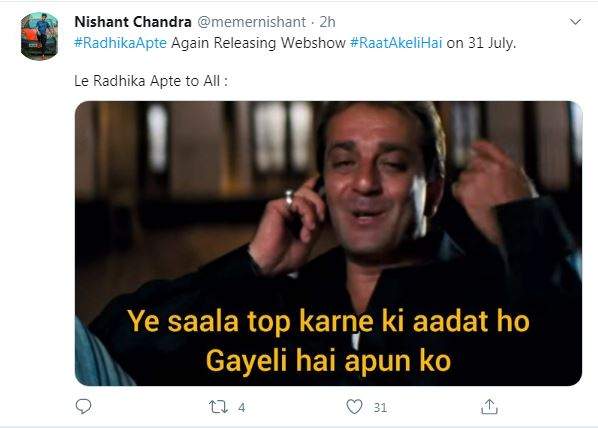 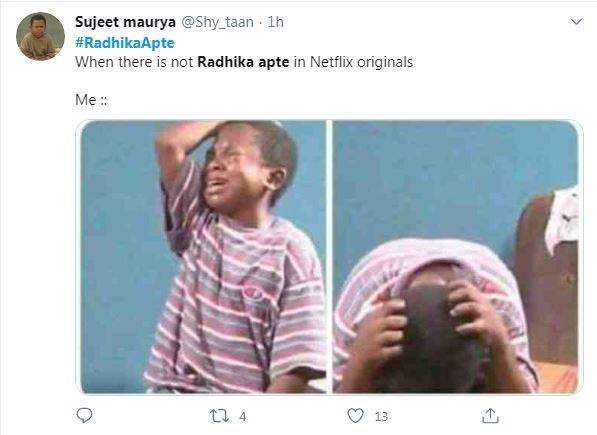