The hashtag #arrestkanganaranaut was one of the top trending hashtags on Twitter on Wednesday. It appears that some of actress Kangana Ranaut's followers do not agree with her stance on Sushant Singh Rajput's (SSR) death case.

A section of Twitter users called her an "agenda peddler", "opportunist" and "hypocrite" for commenting on SSR's death and Bollywood politics. "All The Cheap Agenda Peddlers Like KANGANA RANAUT Out Here On Social Media, Stop Using The Demise of #SushantSinghRajput To Run Your Agenda Against Someone and Stop Settling Scores By Using His Demise. If You Don't You're Disrespecting SSR and His Legacy, #ArrestKanganaRanaut!," tweeted a user. 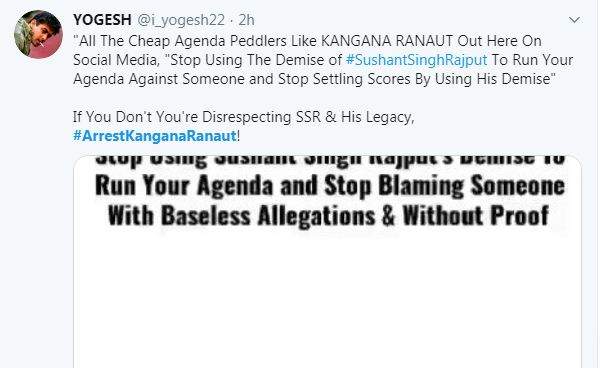 Another user tweeted, "Kangana Ranaut is the human incarnation of a chameleon." 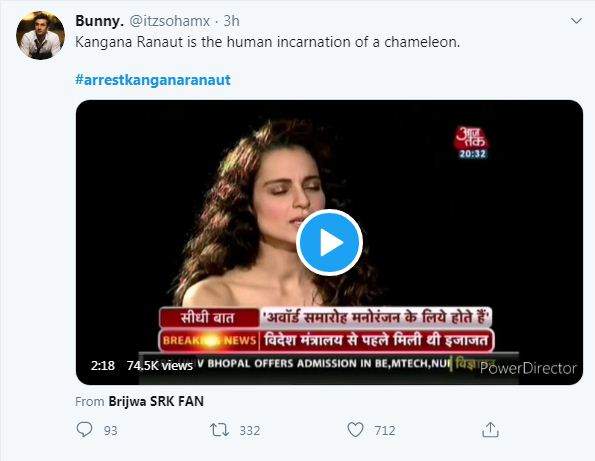 Someone else tweeted, I too want justice for #SushantSinghRajpoot but i really don't like Kangana. I feels like she is using others situation to her own animosity. Shame on @KanganaTeam  #arrestkanganaranaut." However, there were others who defended Kangana. Meanwhile, Kangana's digital team, which goes by the name Team Kangana Ranaut on an unverified Twitter account reacted to the hashtag #arrestkanganaranaut with a series of tweets.

They tweeted: "All milk bottle nepo gang hoping Kangana gets arrested for calling them out, she has sworn to destroy gang changu mangu and she will do it no matter what please #arrestkanganaranaut."