The lockdown has got many Bollywood actors reminiscing their earlier shoot days. On Wednesday, actor Varun Dhawan shared a memory from his Dishoom shoot days on Instagram.

Varun had starred in this film along with action-hero John Abraham. The film was directed by Varun's brother Rohit Dhawan.

The actor fondly remembered how John ate 21 watermelons in a day while shooting a sequence in the Arabian desert.

The actor posted the image with the caption, "4 years of Dishoom. This was one of the best teams I worked with. Two of my elder brothers always had my back. Maybe its time to get the band back together. Also John ate 21 water melons in one day while filming in the dessert (sic)." 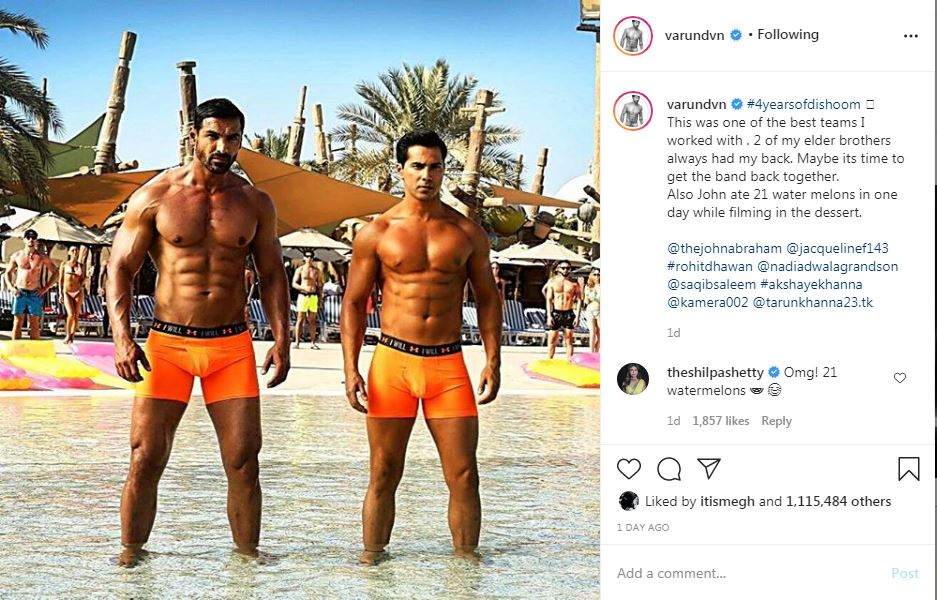