Sandalwood actor Yash has resumed the shoot for KGF Chapter 2 amidst the pandemic. The actor made this announcement earlier today by tweeting about it. The actor tweeted, "Waves can't be stopped but you can learn to sail.. After a long break.. #Rocky sets sail from today."

On Wednesday, Creative Executive Producer Karthik Gowda of Hombale Films took to Twitter to announce the news. He tweeted, "@TheNameIsYash joins the final leg of #KGFChapter2 shoot from tomorrow. We will wrap up the film by the end of this month and proceed towards the release. @hombalefilms @VKiragandur @prashanth_neel @SrinidhiShetty7 @bhuvangowda84. (sic)"

The shooting for Chapter 2 had already started on August 26 and director Prashanth Neel had made an announcement by tweeting about it, welcoming actor Prakash Raj onboard. 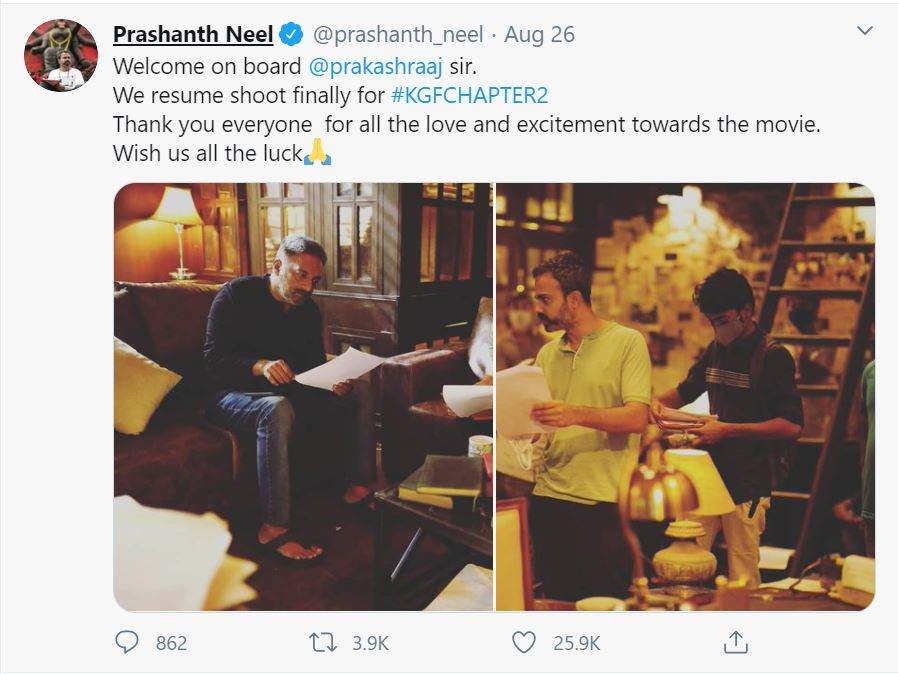 In Chapter 2, audience will get to see the face-off between Rocky and Adheera. The sequel stars Sanjay Dutt as Adheera. Dutt's first look from the film KGF Chapter 2 was released on his 61st birthday. Raveena Tandon will make her comeback with KGF Chapter 2.

The KGF film franchise is one of Sandalwood's biggest productions. Chapter 1 was dubbed in Hindi, Telugu, Tamil and Malayalam. KGF is set during the 1980s era and captures the Kolar gold mines on-screen like never before. Chapter 1's cinematography and the scale of production received immense appreciation from the audience.