Payal had dragged Richa's name in an interview the former gave to ABN Telugu, a news channel. As per reports, Payal claims that Anurag described Richa and the other women as "just a call away" to which the actress claims to have said in reply, "You have given chance to Richa Chadha, Mahie Gill, Huma Qureshi... they are so nominal looking girls. Generally, directors don't give them chance but you have done a great job. But I am not mentally prepared for this right now."

Richa tweeted saying, "Update : soft copy of the legal notice has been sent to Ms. Ghosh. My person along with a person from my lawyers office, went to hand deliver the hard copy of the notice to her residence, which she/representative refused to take delivery of." 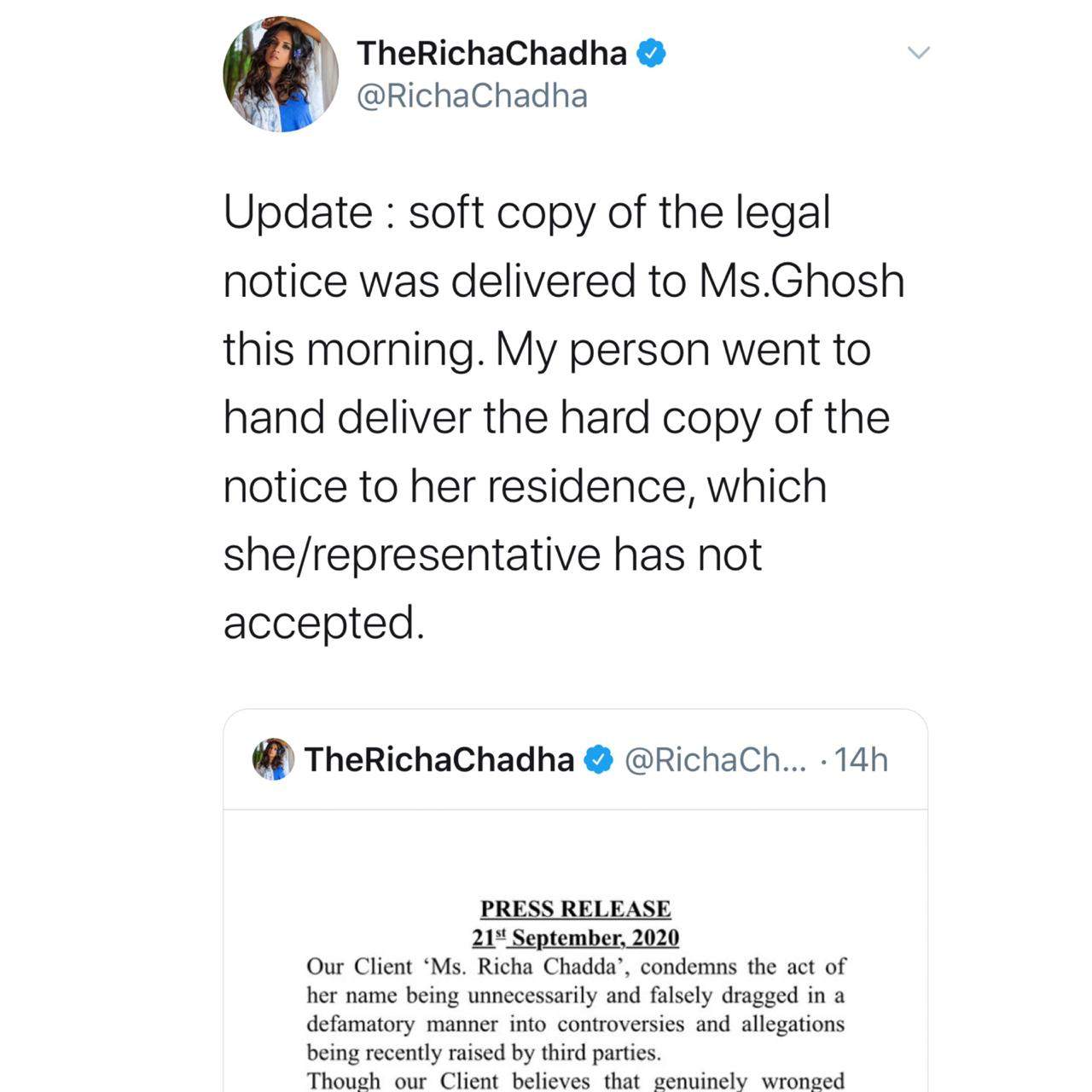 Payal has alleged that Anurag tried to molest her in 2014, while Kashyap has reacted saying the charge is baseless. Several celebrities from the industry have come forward to support the filmmaker, saying the #MeToo movement should not be misused.

"It is the joint responsibility of women and men both to carefully protect the sanctity of #Metooindia … It is a very very very important movement that should not be misused for any other reason but the dignity of women," filmmaker Anubhav Sinha wrote on Twitter while tagging Kashyap.

Actress Tisca Chopra wrote: "To know my friend Anurag Kashyap is to know generosity, honesty, and decency at its core.. even a cursory look at his work reveals his worldview on women... don't know a bigger supporter of talent, men or women."

Actress Kalki Koechlin, Anurag's ex-wife, penned an open letter stating that the filmmaker has fought for the freedom of women in his scripts, and defended their integrity in professional and personal spaces.