Actress Kareena Kapoor Khan shared a post on social media platforms of her endorsing yoga during pregnancy while shooting for a brand.

The actor, who is expecting her second child with actor husband Saif Ali Khan, posted a picture of herself doing yoga with her baby bump on display. She put it up on Instagram with the caption, “A little bit of yoga, a little bit of calm.”

In the first post, she was sitting in the butterfly asana position, wearing a pale pink sports bra and leggings with a matching jacket. 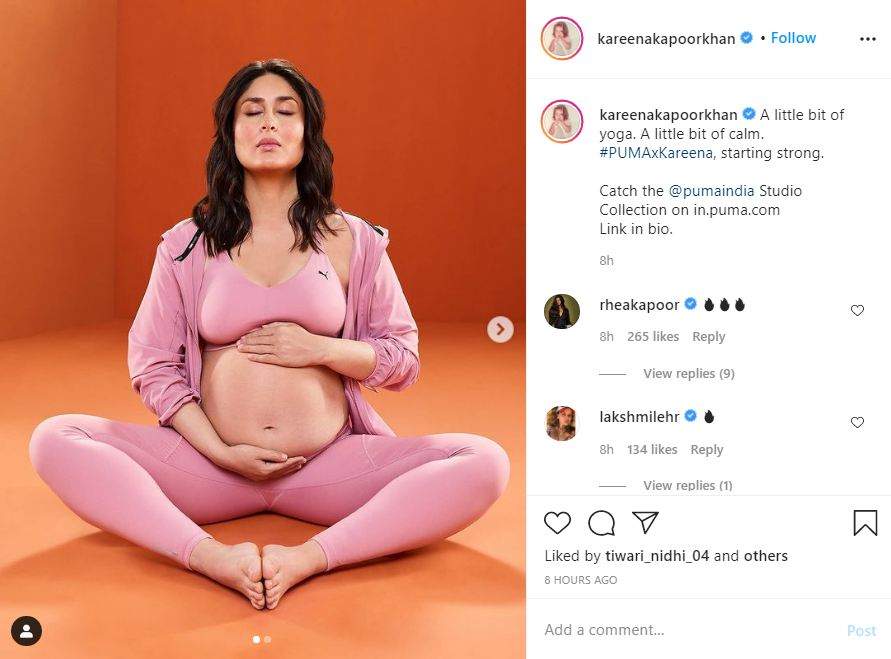 The second set of pictures was of her doing stretches while dressed in a long-sleeved, black crop top and leggings. She posted them with the caption, “Current Mood: Stretched to the max!” 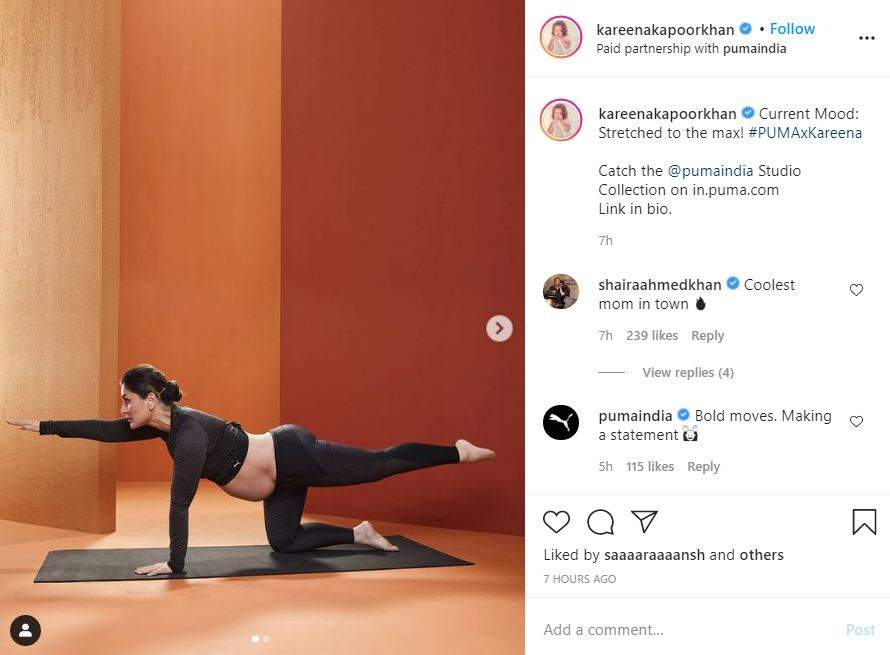 Kareena, who will soon be seen in the film Laal Singh Chadha, has been working continuously during her pregnancy, similar to the way she did during her first one.

She has also shot numerous ad campaigns and carried on with her chat show, What Women Want.

Furthermore, she has been writing a memoir named, Kareena Kapoor Khan's Pregnancy Bible that chronicles Kareena's way of handling pregnancy, with the intent to help women out during the nine months times. Kareena has also been promoting ways in which working women can ensure comfortable lives.

"Today is the perfect day to announce my book- Kareena Kapoor Khan's Pregnancy Bible for all you moms-to-be. I'll talk about everything from morning sickness to diet and fitness and being a mom-on-the-go! I can't wait for you to read it," she had written in an earlier post.