These pictures prove that Varun Dhawan's haldi ceremony was a blast!

After a private wedding on January 24, actor Varun Dhawan on Monday shared a picture of his Haldi ceremony on Instagram.

In his post, Varun, smeared in Haldi (turmeric), is seen flexing his muscles, with tinted glasses adding to the swag. In another image, Varun poses with the groom squad, who wear theme T-shirts that have names of various characters played by the actor printed onto them.

Varun got married to his longtime girlfriend Natasha Dalal on Sunday in Alibaug's luxurious resort, The Mansion House. He had also shared photos from his wedding on social media on Sunday, which have gone viral. He had posted them with the caption, "Life long love just became official." 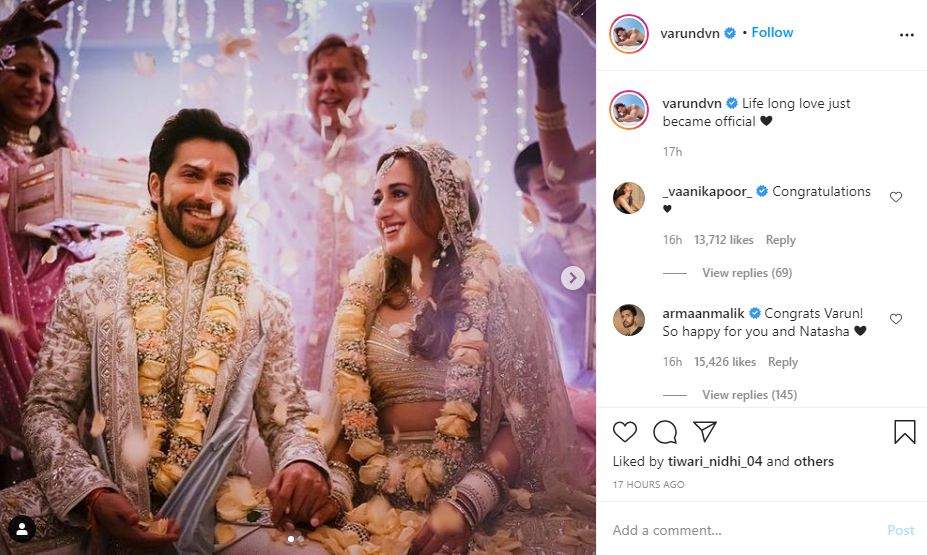 While the wedding was a private affair with family and close friends, there are speculations that the couple will host a grand reception in Mumbai on February 2 for members of the film fraternity.