Actress Evelyn Sharma revealed on Monday that she got married to her longtime boyfriend, dental surgeon Dr Tushaan Bhindi last month and shared pictures from the wedding on Instagram.

The couple had reportedly gotten hitched on May 15 in a private ceremony at Australia’s Brisbane with a limited number of guests in the countryside.

Taking to Instagram, Evelyn shared photos of herself in a beautiful white lace gown, with Tushaan looking dapper in a tuxedo. She wrote as the caption: “Forever,” along with a heart emoji.

Take a look at the photos from the wedding here: 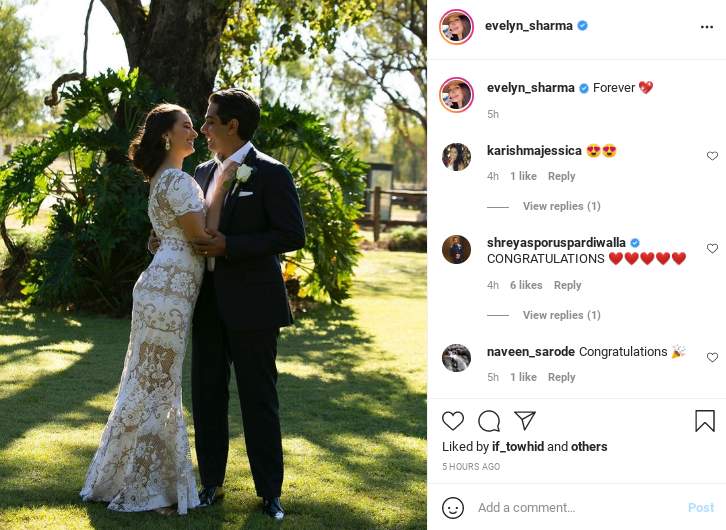 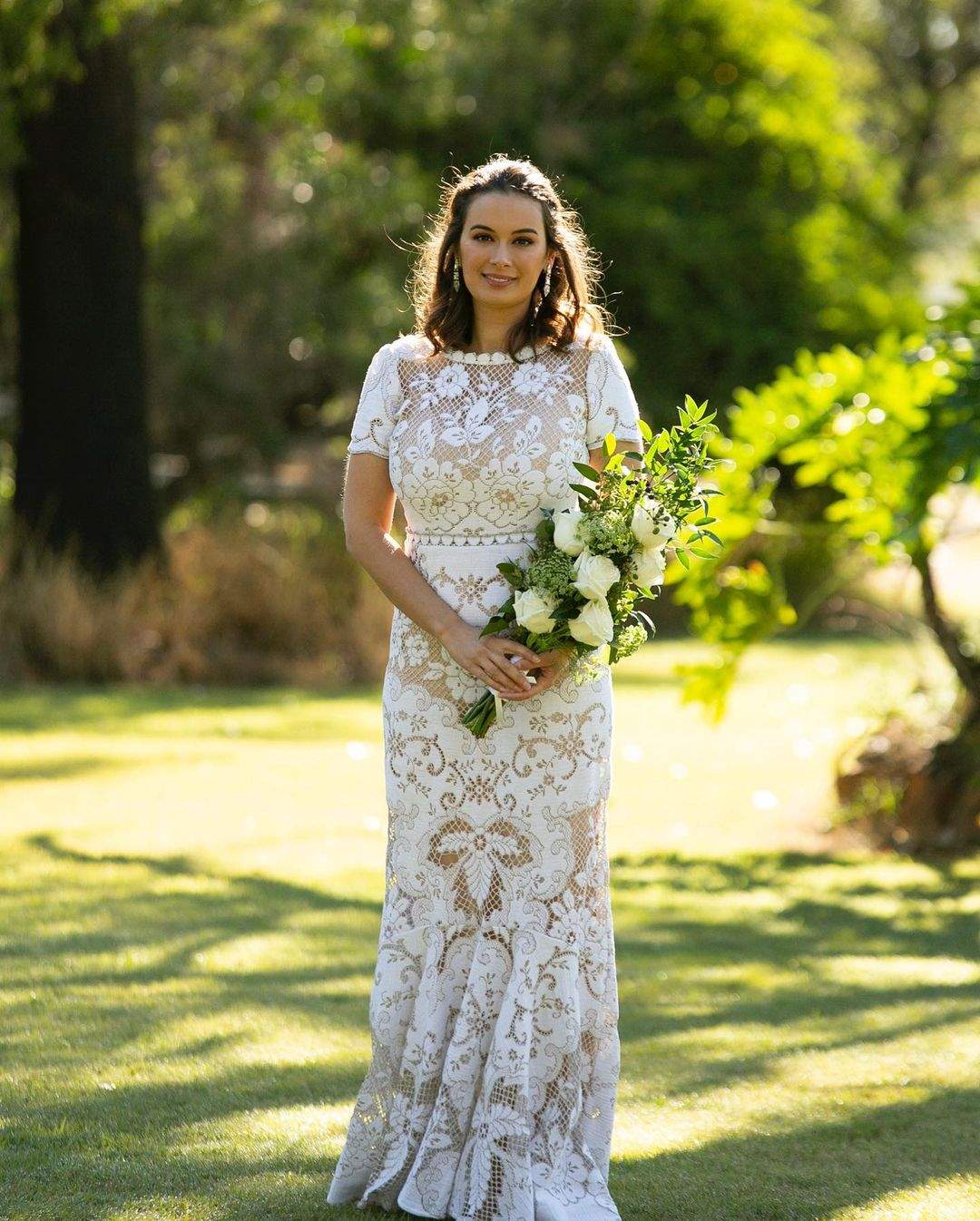 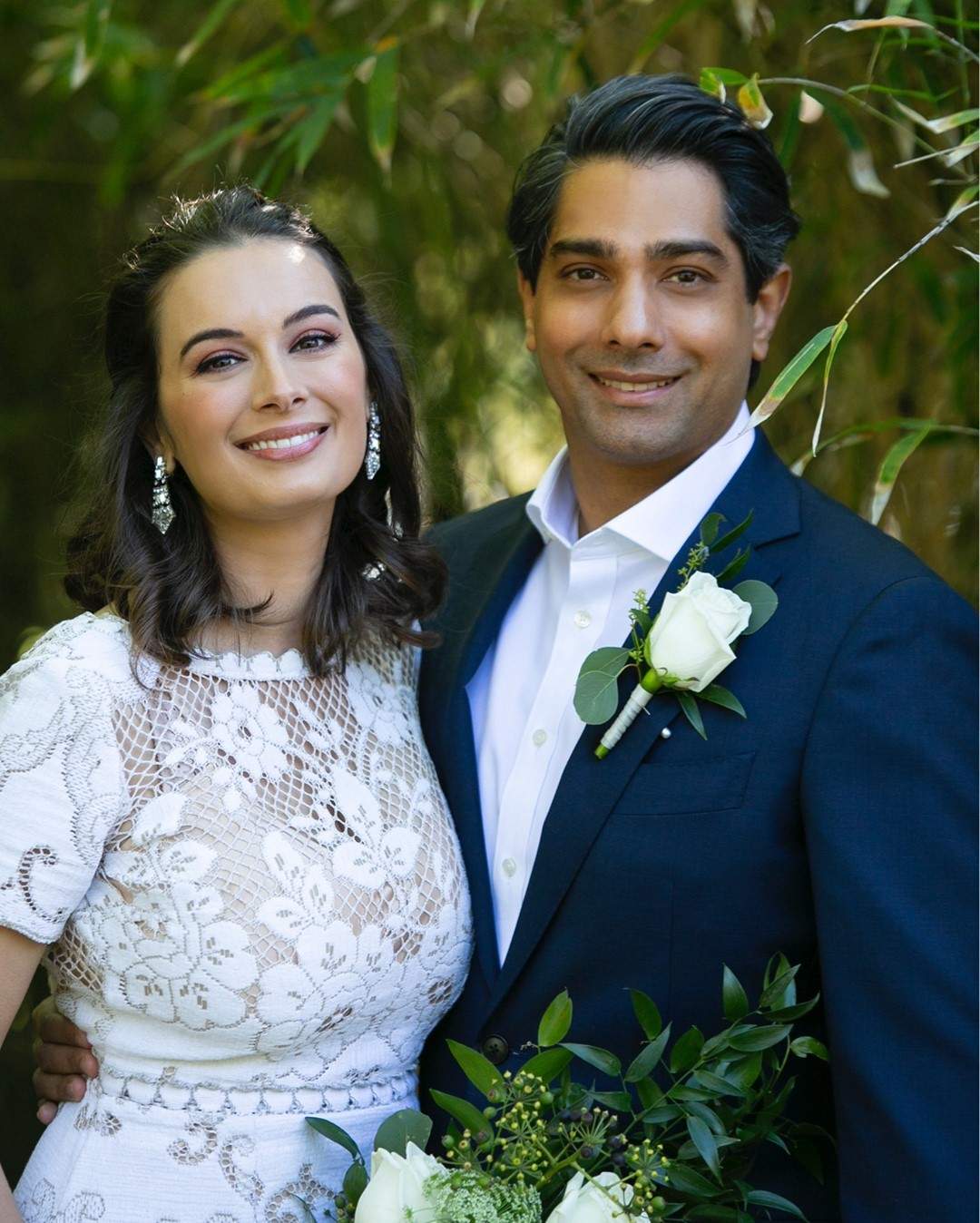 Talking about how she was feeling about the wedding, Evelyn said in an interview, “There’s no better feeling than being married to your best friend. We’re so excited about spending our life together.”

Tushaan had also revealed during the interview that some of their closest friends and family members could not attend the wedding because of the pandemic, including Evelyn’s mother. The couple added that they would have a wedding reception at a “better time.”

“We started our wedding celebrations with a legal ceremony. Of course, we would have loved for our family and friends from around the world to be present, but we know their blessings are always with us,” Evelyn said.

Tushaan further said that they didn’t want to draw too much attention to themselves during these times. “In times like this, we did not want to draw a lot of attention to ourselves; we wanted to keep things simple and straightforward. It was time to make our love and commitment official to the world,” he explained.

Evelyn Sharma announced her engagement to Dr. Tushaan Bhindi in October 2019 on Instagram. She posted a picture of the two of them kissing on a yacht with the Sydney cityscape in the background. She captioned the image: “Yes!” and a ring emoji.

The two of them had reportedly met in 2018 when a friend set them up for a blind date.