Victoria’s Secret wrote on their Instagram page: “We are proud to announce an exciting new partnership platform, #TheVSCollective, designed to shape the future of Victoria’s Secret. These extraordinary partners, with their unique backgrounds, interests and passions will collaborate with us to create revolutionary product collections, compelling and inspiring content, new internal associate programs and rally support for causes vital to women (sic).” 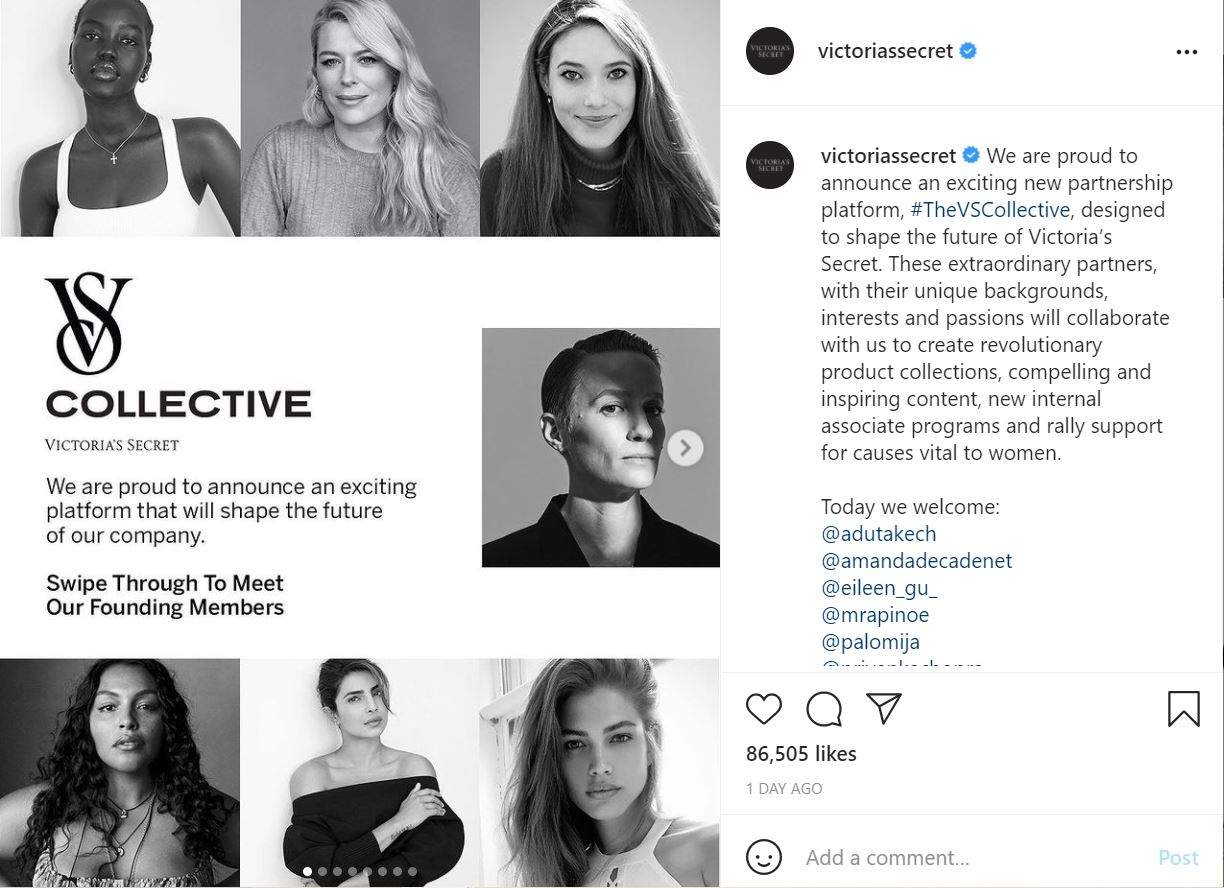 The move has been welcomed and is considered significant since these models have often been hypersexualised and at the same time, are under scrutiny for their “embodiment of male fantasies,” instead of focusing more on what women prefer in lingerie.

The label has also faced criticism for a long time over its hypersexualised annual Victoria’s Secret Fashion Show, in which supermodels like Kendall Jenner, Gigi Hadid, Alessandra Ambrosio, and Lily Aldridge, to name a few, have participated before. In fact, the show was cancelled in 2019 after facing backlash over objectification of women.

This change brought by Victoria’s Secret is expected to promote women empowerment since they are now encouraging the involvement of female athletes, activists, and entrepreneurs.

Martin Waters, who is a chief executive of the brand, told media sources: “When the world was changing, we were too slow to respond. We needed to stop being about what men want and to be about what women want (sic).”

Martin also said their label would come back with the fashion show in 2022, but in a “different format.”

According to media reports, Priyanka Chopra Jonas and the six others will model for the products, advise the brand, and promote it on social media.

Talking about this development, Priyanka Chopra Jonas told media sources, “A new era always brings a sense of freedom, and the opportunity to play a part in shaping the evolution and future success of a heritage brand like Victoria’s Secret is so exciting to me. As we work together to chart the path forward in a new and impactful way, I’m not only looking forward to developing future collections that are inclusive of all people, but I am most excited for new customers and for those who have always been a customer of Victoria’s Secret to feel represented and like they belong.”

Meanwhile, American soccer player Megan Rapinoe, who is also a two-time World Cup champion, said in a statement, “Often I felt myself on the outside looking in with brands in the beauty and fashion industry. I’m thrilled to be creating a space that sees the true spectrum of all women (sic).” Megan Rapinoe, who is a lesbian, is also an activist for women’s and LGBTQ rights.