Kangana Ranaut's Twitter account has been suspended after she demanded President's Rule in West Bengal days after Mamta Banerjee-led TMC won the assembly election in the state.

The actress reportedly called Mamata Banerjee 'an unleashed monster' and dragged the Prime Minister of India into it by asking Narendra Modi to show 'his virat roop from early 2000's' to tame 'her'.

"This is horrible... we need super gundai to kill gundai... she is like an unleashed monster, to tame her Modi ji please show your Virat roop from early 2000's... #PresidentRuleInBengal (sic)," Kangana had tweeted. 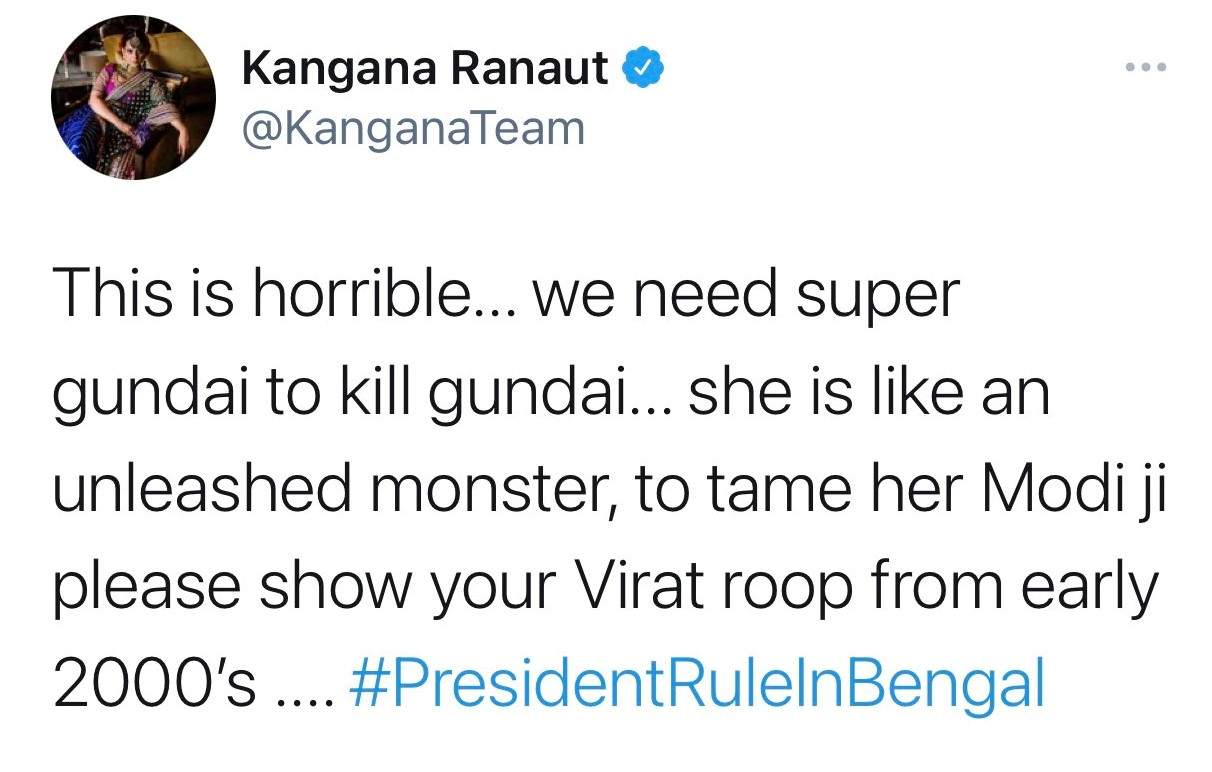