Five mind-boggling possible theories that you must know before watching Star Wars: The Rise of Skywalker

Fans have been waiting to find out more about Rey’s past and lineage heading into the final instalment of the Star Wars saga. But chances are that a scene from Star Wars: The Last Jedi may just have all the answers. Even as Kylo Ren tells Rey that her parents were nobodies, this scene comes as one of the most distinct sequences in the trilogy — when Rey enters a cave on Ahch-To, steps towards a mirrored wall and asks to see her parents. Yet, all that is revealed is an endless line of herself. Fans speculate that this piece of footage may be the foreshadowing revealing that Rey is a clone — possibly one of many versions of herself created by Palpatine (perhaps after the Clone Wars). This could also mean that the glimpses of Dark Rey (in pic) seen in the trailer of The Rise of Skywalker in a black cloak and wielding a foldable double-sided, red bladed lightsaber is not a force projection, but a real adversary.

One in many, many in one

Just like the Jedi have their mind control tricks, it could be that the Sith have supernatural powers that have not yet been revealed in the canons, as yet. In Revenge of the Sith, Palpatine (in pic with Anakin Skywalker)reveals that Darth Plagueis had unlocked the secret to immortality. A theory suggests that Plagueis’ secret could have been moving from one host body to the next — thereby, possessing Palpatine who killed his master. In Return of the Jedi, Emperor Palpatine continually provokes Luke Skywalker to strike him down. In the interest of his longevity, why would Palpatine want to be killed? If indeed, Emperor Palpatine was assumed by Darth Plagueis through his death, he would then be able to transmit himself into a new host body. This also explains Snoke’s place in the scheme of things — another vessel for Plagueis.

Rage against the machine

There have been some clues pointing in this direction. For starters, Episode XI has to address how the First Order will come to a complete end without being reborn again. Given that there have been betrayals (like Finn’s) and assassinations within Stormtrooper ranks, it could be that there may be redemption for the troopers who were once children that were kidnapped and brainwashed. While Finn’s defection in The Force Awakens laid the groundwork for the theory, Star Wars: Resistance shows that he isn’t an anomaly and that Stormtroopers have to undergo reconditioning often enough,
with the procedure having a grim sounding nickname — ‘brain scrape’. With the Red Sith Troopers being introduced in The Rise of Skywalker, we could see an epic-sized war between the two armies.

Legends of the Dark Side

The Rise of Skywalker could reveal that Palpatine has survived death by becoming an avatar of the Dark Side. With Lucasfilm having kept details of Palpatine’s return close to their chest, to the extent of avoiding showing glimpses of Darth Sidious, it could be that he, like the Jedi Force Ghosts, is an embodiment of the Dark Side. It is key to understand the difference between the Jedi and the Sith — while Jedi sought to submit themself to the direction of the Force, the Sith seek to exert their lust for power and ego on the Force. The prequels reveal that Sidious (in pic) successfully bent the Force to his will, so much so that Yoda talked about ‘the shroud of the Dark Side’ concealing everything from the Jedi. In the final trailer, Palpatine tells Kylo Ren that he is the one responsible for seducing him to the Dark Side. “My boy, I have been every voice you have ever heard inside your head,” the Dark Lord declares, his voice alternating between Palpatine, Supreme Leader Snoke, and Darth Vader. This could mean that Palpatine was the greatest Sith and succeeded in conquering the Force.

The ghosts who walk 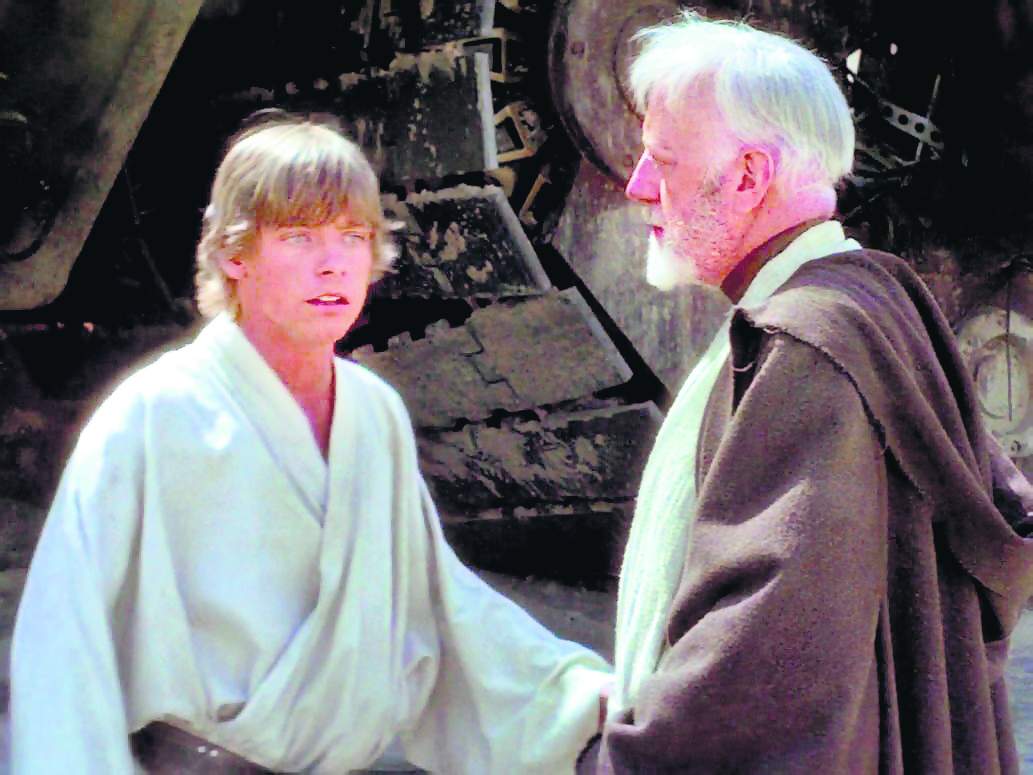 Most Star Wars fans are hoping for the return of Hayden Christensen as the moody Anakin Skywalker. While Mark Hamill has already confirmed his role as the Force Ghost of Luke Skywalker (in pic with Obi-Wan), we could expect to see the return of Yoda, Obi-Wan and even Qui-Gon Jinn. JJ Abrams confirmed that the movie would have close ties to the original trilogies and this may mean more than just a name drop like in the previous movie. Fans will remember that Obi-Wan warned Darth Vader that if Vader did strike him down, he’d become more powerful than he could possibly imagine. If this theory is indeed true, then the prophecy of the Chosen One will still make sense. Anakin could still fulfil his destiny as the Chosen One from beyond the grave, by helping Rey in her battle with a resurrected Emperor.