Mark Hamill hints that Harry Styles might appear in Star Wars: The Rise of Skywalker

One Direction star Harry Styles might have a cameo role in Star Wars: The Rise of Skywalker.

Star Wars legend Mark Hamill recently took to Twitter and dropped a hint that the Watermelon Sugar hitmaker has a cameo in the film.

"Considering they've all been UK Superstars (2 Royals + 2 Actors) but still no singer, all the clues point in one direction: #Stylestrooper," Hamill tweeted. 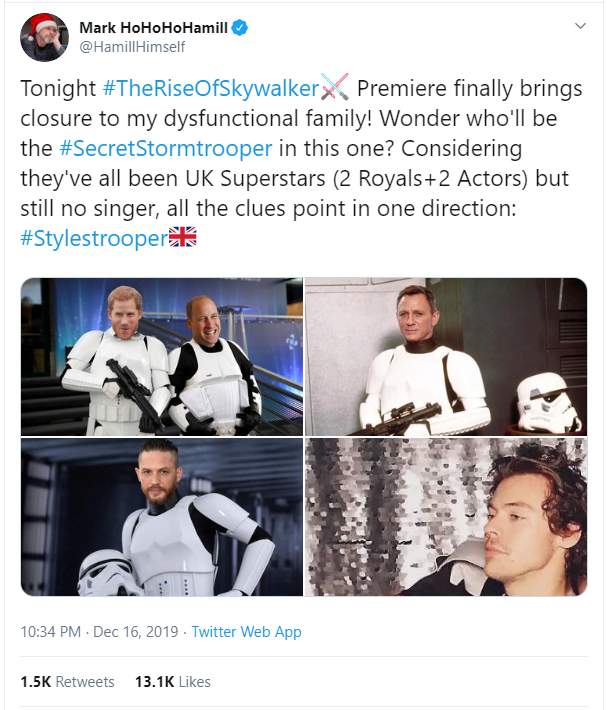 Hamill also included pictures of Prince William and Prince Harry - as well as actors Daniel Craig and Tom Hardy - superimposed on top of Stormtrooper bodies. All four have been filmed for appearances in past Star Wars films.

Earlier it was reported that singer Ed Sheeran would make a surprise cameo in Star Wars: Rise Of Skywalker as a Stormtrooper.