Here are the highest rated Indian movies of the '90s on IMDb; is your favourite on the list?

The '90s were a prolific time for Indian cinema, not just in Bollywood, but all across the country. For '90s kids, music from the era cannot be replaced. Everyone has a favourite movie from that iconic decade. IMDb, which was also founded in October 1990, celebrates three decades of connecting fans to movie, TV and celebrity content.

Here are the chart-toppers:

1. Manichitrathazhu (1993)
Synopsis:When a forbidden room in an old bungalow is unbolted, the spirit of a vengeful dancer is unleashed.

3. Satya (1998)
Synopsis:An innocent man is embroiled in underworld after being falsely charged and sets out to punish theperpetrators who subjected his life to misery.

4. Mudhalvan (1999)
Synopsis:A man accepts a challenge to act as the Chief Minister of Tamil Nadu for one day only, and makes such asuccess of it that soon he is embroiled in political intrigue.

5. Jo Jeeta Wohi Sikandar (1992)
Synopsis:A rich brat and a poor chap try to woo a girl, with their rivalry culminating in the most prestigious collegeevent - the marathon cycle race.

6. Andaz Apna Apna (1994)
Synopsis:Two slackers competing for the affections of an heiress inadvertently become her protectors from anevil criminal.

7. Sarfarosh (1999)
Synopsis:After his brother is killed and father severely injured by terrorists, a young med student quits his studiesto join the Indian Police Service to wipe out the terrorists.

8. Roja (1992)
Synopsis:A woman from a village in Tamil Nadu marries a sophisticated city dweller and moves with him toKashmir, where all is rosy - until he gets kidnapped by militants.

9. Baasha (1995)
Synopsis:An auto driver, Manikam, desperately tries to hide his dark underworld side to keep his promise to hisfather. 10. Bombay (1995)
Synopsis:A Hindu man and a Muslim woman fall in love in a small village and move to Mumbai, where they havetwo children. However, growing religious tensions and erupting riots threaten to tear the family apart.

11. Indian (1996)
Synopsis:A veteran freedom fighter enraged with the rising crime and corruption in the society murders all thewrong doers one by one using an ancient martial arts technique.

13. Padayappa (1999)
Synopsis:The death of Padaiyappa's father destroys his family. But his luck changes, and he is able to lead aprosperous life, until his nemesis plots to ruin his happiness once more.

14. Vaastav: The Reality (1999)
Synopsis:Consequences force an innocent man to get involved in crime after making an error.

15. Border (1997)
Synopsis:In 1971, along the border region of Longewala, a small battalion of Indian soldiers goes up against alarge Pakistani strike force.

16. Kabhi Haan Kabhi Naa (1994)
Synopsis:A dreamer falls for a girl who is in love with someone else and tries to create a rift between her and theman she loves.

17. Darr (1993)
Synopsis:A woman plans to marry a navy officer but she is also the object of another man's obsession.

18. Earth (1998)
Synopsis: It's 1947 and the borderlines between India and Pakistan are being drawn. A young girl witnessestragedy as her ayah (nanny) is caught between the love of two men and the rising tide of political andreligious violence.

19. Agneepath (1990)
Synopsis:A young boy's quest for revenge leads him to become a gangster as an adult, and with each day hebecomes more and more like his enemies. Can he find vengeance and redemption?

20. Baazigar (1993)
Synopsis:A young man with a vendetta against a business tycoon seduces and kills his eldest daughter and thenproceeds to his younger daughter but she begins to suspect her new lover&#39;s ulterior motive.

21. Kuch Kuch Hota Hain (1998)
Synopsis:During their college years, Anjali was in love with her best-friend Rahul, but he had eyes only for Tina.Years later, Rahul and the now-deceased Tina&#39;s eight-year-old daughter attempts to reunite her fatherand Anjali. 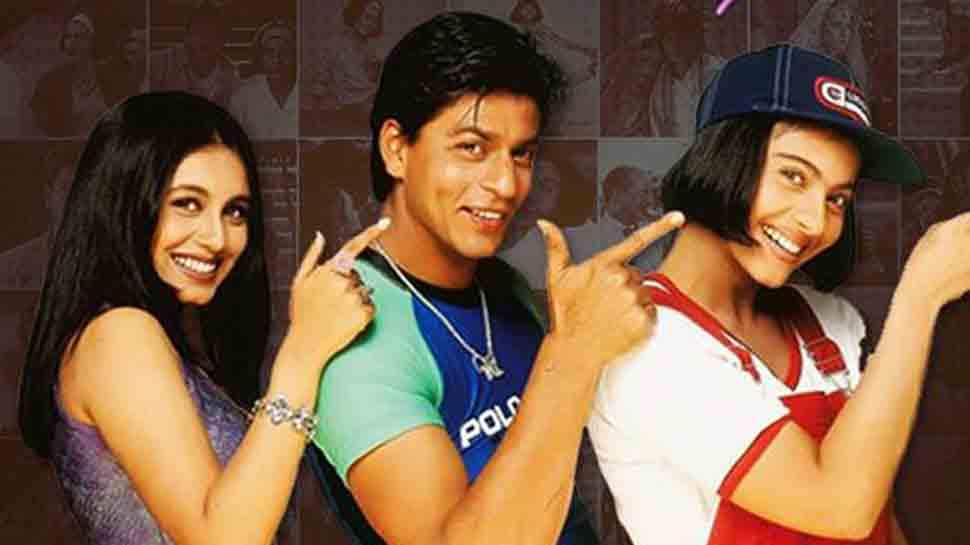 23. Hum Aapke Hain Koun...! (1994)
Synopsis:Prem and Nisha meet and fall in love at the wedding of their elder siblings, but their plans to be togetherare put in jeopardy when Nisha's sister dies, leaving behind a baby.

24. Rangeela (1995)
Synopsis:A middle class young woman, who dreams of Bollywood fame, is caught in a love triangle between herchildhood friend and a famous actor.

25. Hum Dil De Chuke Samnam (1999)
Synopsis:Nandini has to choose between Sameer, the man who taught her to fall in love; and Vanraj, the manfrom whom she learnt how to abide and fulfill promises of love.