The upcoming Telugu thriller, V, is perhaps the most awaited film this week. The film's trailer that was dropped on August 26, exactly a week ago, has garnered over 20 million views. 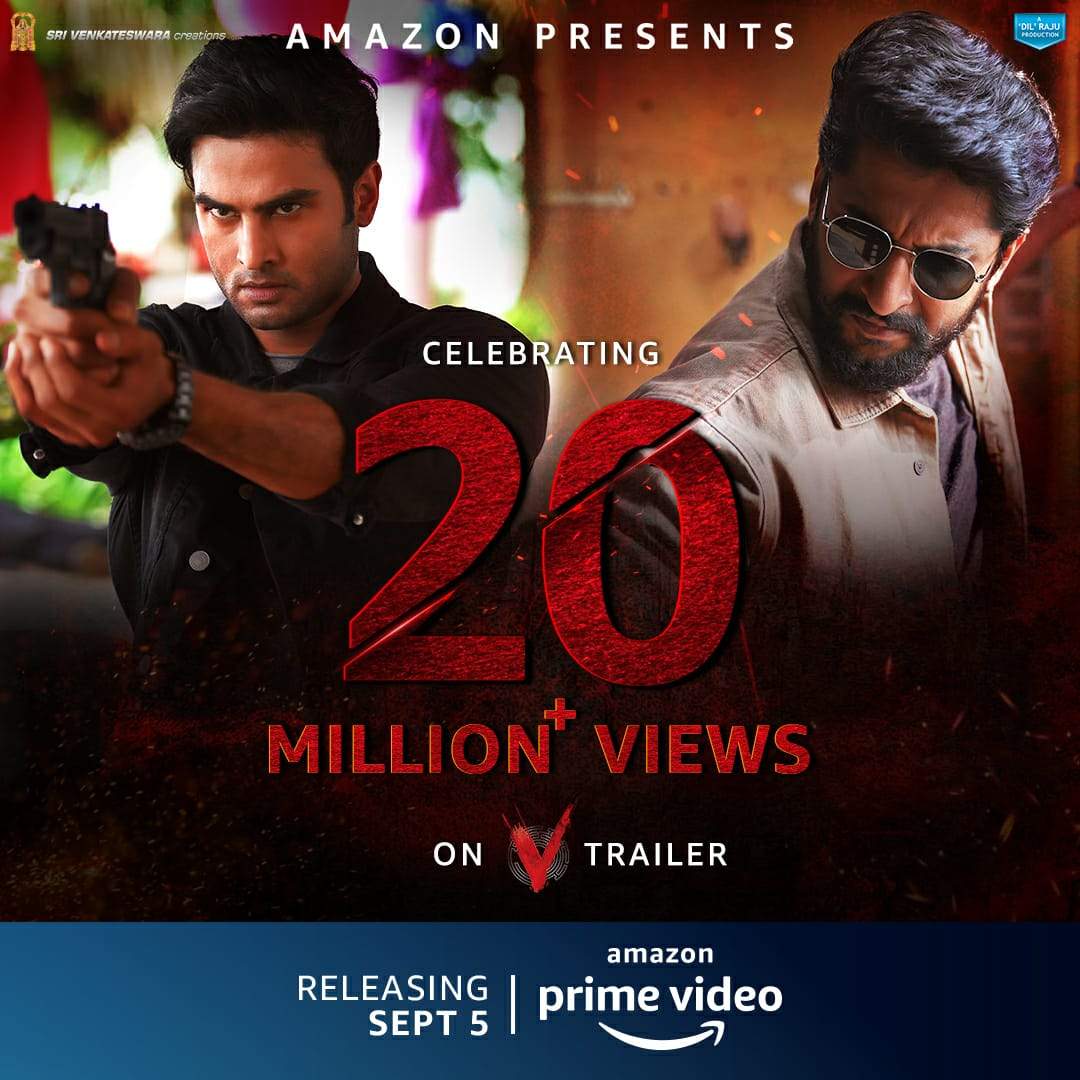 Starring 'Natural Star' Nani, Sudheer Babu, Nivetha Thomas and Aditi Rao Hydari, the film is a chase drama between an efficient cop and a mastermind criminal. The movie brings out the intense and grey shades of the lead characters. V is one of the biggest films releasing in the OTT space. Heavy action and mystery are the key aspects of the narrative.

Ever since the trailer’s release, fans have been waiting for the premiere. Directed and written by Mohana Krishna Indraganti, the Telugu thriller is produced by Dil Raju, Shirish and Harshith Reddy, and music for it is composed by Amit Trivedi.

Aditi tweeted about the counting views saying, "20 million and counting... See you on the 5th of September FOR REAL Keep the love coming... waiting #VOnPrime 5th September (sic)." 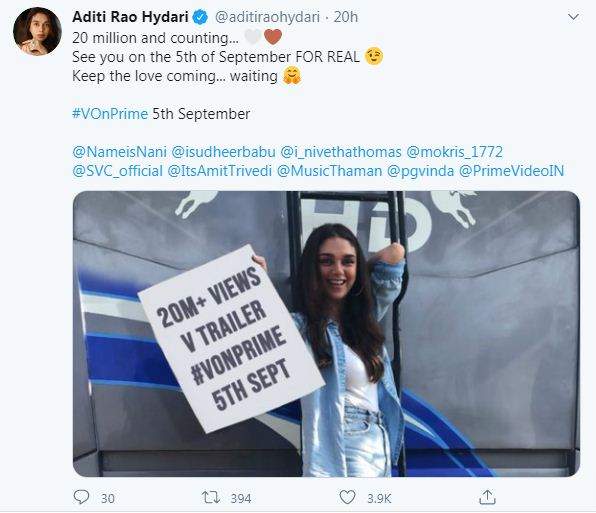 The movie is set for its digital release on 5th September on Amazon Prime Video.