A new poster of Kangana Ranaut’s upcoming film, Dhaakad, was released earlier on Monday. The action – entertainer is one of the most-awaited movies of the year, considering the large scale budget and action sequences. The film is being touted as a high-octane spy thriller led by a female superstar.

The poster of the film though may look inspired by Angelina Jolie's Tomb Raider, Kangana looks fierce and promising in the avatar of a female action hero. The actress plays the role of Agent Agni in the film. She recently flew to Bhopal to begin shooting of the film and the makers have revealed a new look today which features Kangana wielding a sword against the backdrop of gore. 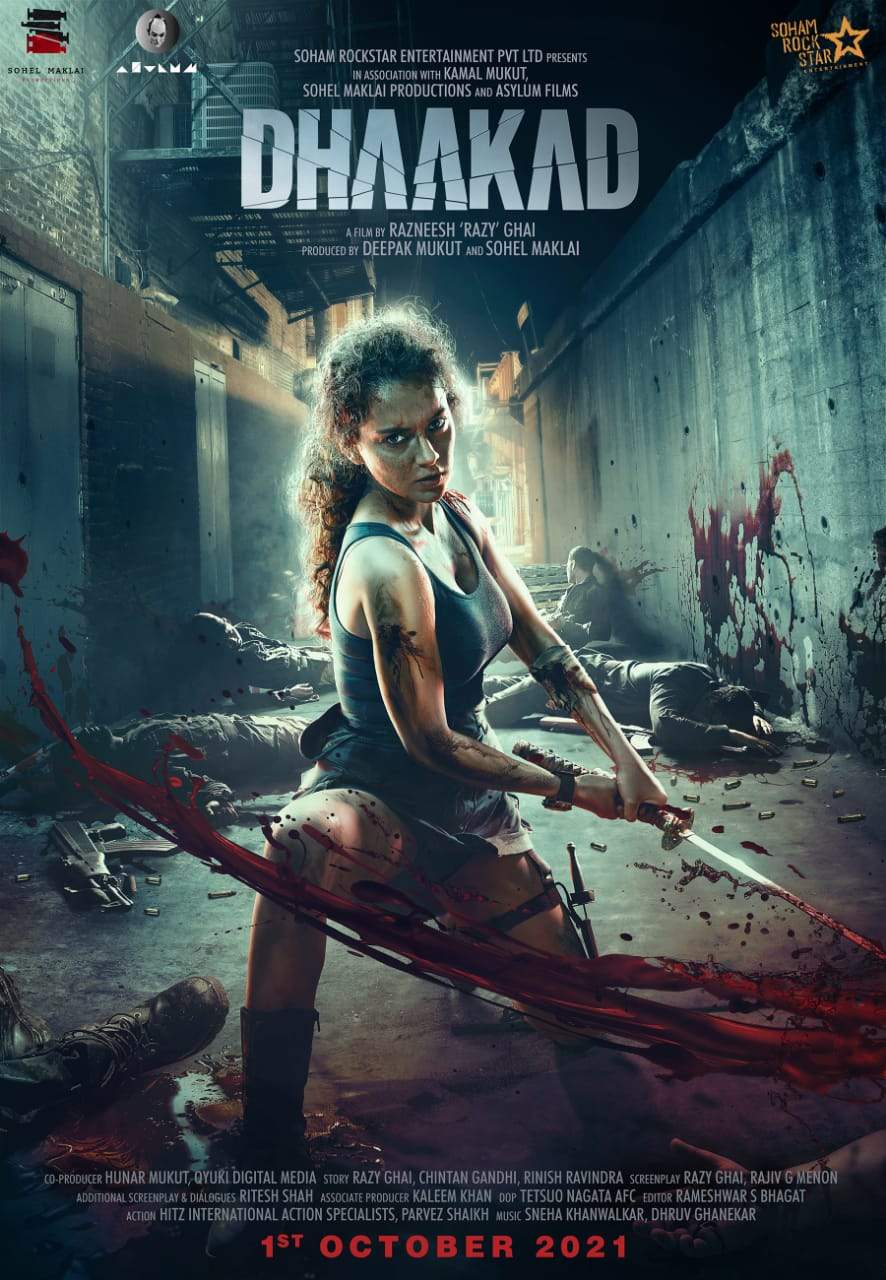 Speaking about it Kangana shared, "Dhaakad is India’s first female led high octane spy thriller and I am excited as this film is going to mark the beginning of a new era for Indian cinema. An action entertainer of this huge scale deserves a holiday weekend release and I can’t wait for the audience to meet Agent Agni on 1st October."

Earlier the makers had released a teaser from the film. Arjun Rampal plays a pivotal role. Director Razy Ghai says,"Dhaakad is a project that is very special to my heart. Action films headlined by female actors are a rarity in the Hindi film industry. With this film, we aim to set a new trend and we are thrilled to bring to the audiences in this year. We are mounting it on a grand scale and are leaving no stone unturned to make sure we are at par with any world class actioner." The makers have also roped in Tetsuo Nagata, an award winning cinematographer who has worked in major Hollywood action flicks.