WWE news: After his Final Farewell, The Undertaker remembers his best matches and reveals his future plans

November 22, 2020 will be marked as one of the most significant days in the history of WWE. The company’s longest-tenured, most-celebrated wrestler with an illustrious career, The Undertaker, bid adieu to the WWE Universe. ‘The Phenom’ walked out to the ring at the ThunderDome, for the Final Farewell. “For 30 long years I’ve made that slow walk to this ring and have laid people to rest time and time again. And now my time has come. My time has come to let The Undertaker rest in peace,” said The Deadman, and his voice reverberated at the WWE’s state-of-the-art venue.

The Undertaker’s greatest friends and rivals were all in attendance. Shane McMahon, Big Show, JBL, Jeff Hardy, Mick Foley, The Godfather, The Godwinns, Savio Vega, Rikishi, Kevin Nash, Ric Flair, Booker T, Shawn Michaels, Triple H and Kane were all present for the Final Farewell. This indeed was a felicitous goodbye to the legendary wrestler, who has entertained an entire generation with his scare tactics and class acts. The stage was set last Sunday at the Survivor Series for The Deadman to address the world with his final speech, 30 years after he made his debut at the 1990’s Survivor Series. 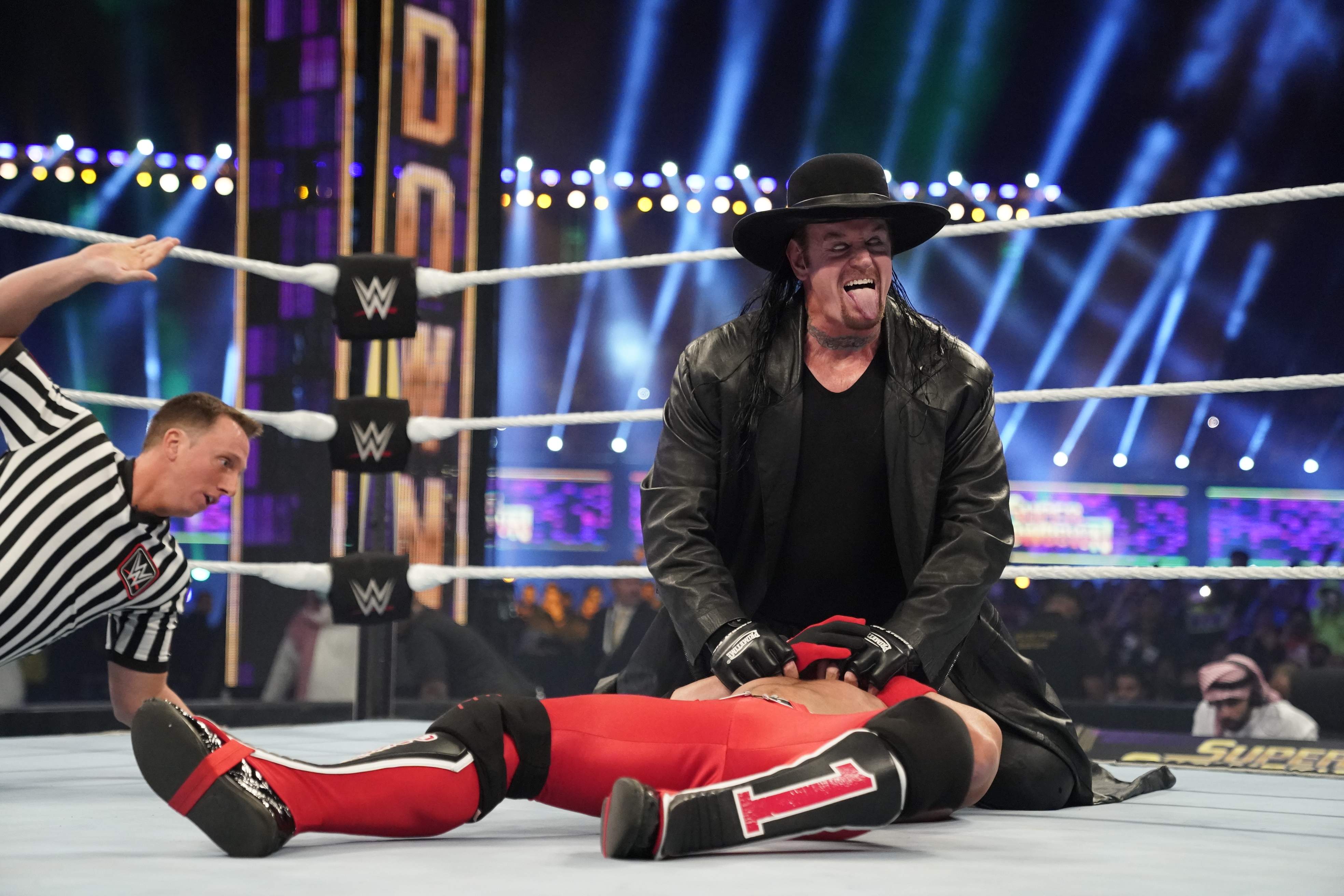 The inception
Just a few days prior to this, sans the make-up and the costume, Mark Calaway, the man who is known as The Undertaker, opened up about his journey in the world of wrestling in a virtual press conference. The phenomenon that he is, with his larger-than-life macabre personality, the wrestler has a loyal fan following of not just millennials who grew up in the ’90s, but also the Gen Z. When he started his journey back in the day, all Mark knew was that he had to make the entity his own. “The character and Mark Callaway intersected almost immediately,” he says, reminiscing the first time he was introduced to The Undertaker on paper. “I was given the name first without a background about the character. Vince (McMahon) showed me storyboards of what the character looked like and what he was going to be about. I immediately gravitated towards it. I had a little bit of a dark side and a lot of the stuff I saw resonated with me. Then, I thought how am I going to make this my own and basically I worked on making it my identity,” he adds further.

As a 25-year-old, who debuted as one of the most powerful characters in the ring, and went onto become a roaring success, one would have expected him to be a little bit of a social butterfly, however, that wasn’t the case. “I think by choice, I had to become kind of a recluse in my personal life. Early on, I was on the road for 260 days a year for nine years. I couldn’t come home and have a big social life. I had to assess where I would go and what I would eat. I didn’t want people seeing me not being T he Undertaker, I made it a part of my life. I had to go as The Undertaker and make sure my character was le gitimate and that people identified me with that.” This decision seems to have paid off well. Not many know or even care to know the person behind this enormously fascinating personality. 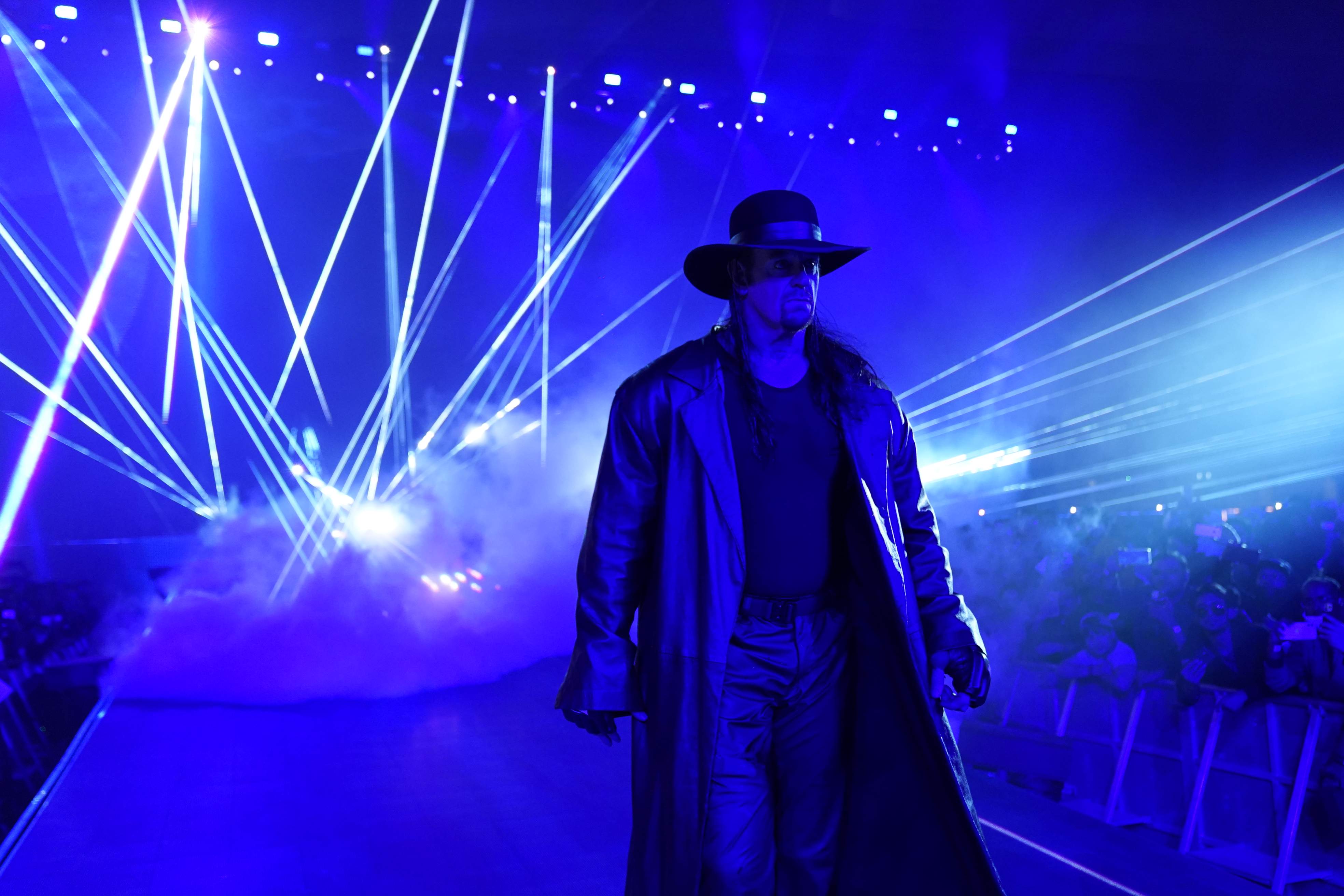 The Deadman who gave the ’90s generation some of the most iconic matches such as the Casket Matches, the Boiler Room Brawl and Punjabi Prison, says the strength of his matches was its storytelling. “For me it was always about the story, it was not so much about the moves. I had to prepare mentally and think about everything that I had done that led up to a match. So I would take that into consideration first and then look at the props. For a Casket Match, I would look at the different ways I could use the casket to incapacitate someone before placing them in it. These were the things involved in the process,” he explains.

Among all the other memorable matches that he recalls such as Buried Alive and Hell in Cell, it’s the Inferno match that The Undertaker remembers with amusement. “The Inferno was interesting. Believe me, there was no rehearsing at all. I was just out there doing my thing hoping the guy caught fire. As morbid as it sounds, I think it fit with what I did,” he says with a laugh. Though the innovation in his matches is a significant talking point, a discussion about The Undertaker without the mention of ‘The Streak’ will be incomplete. 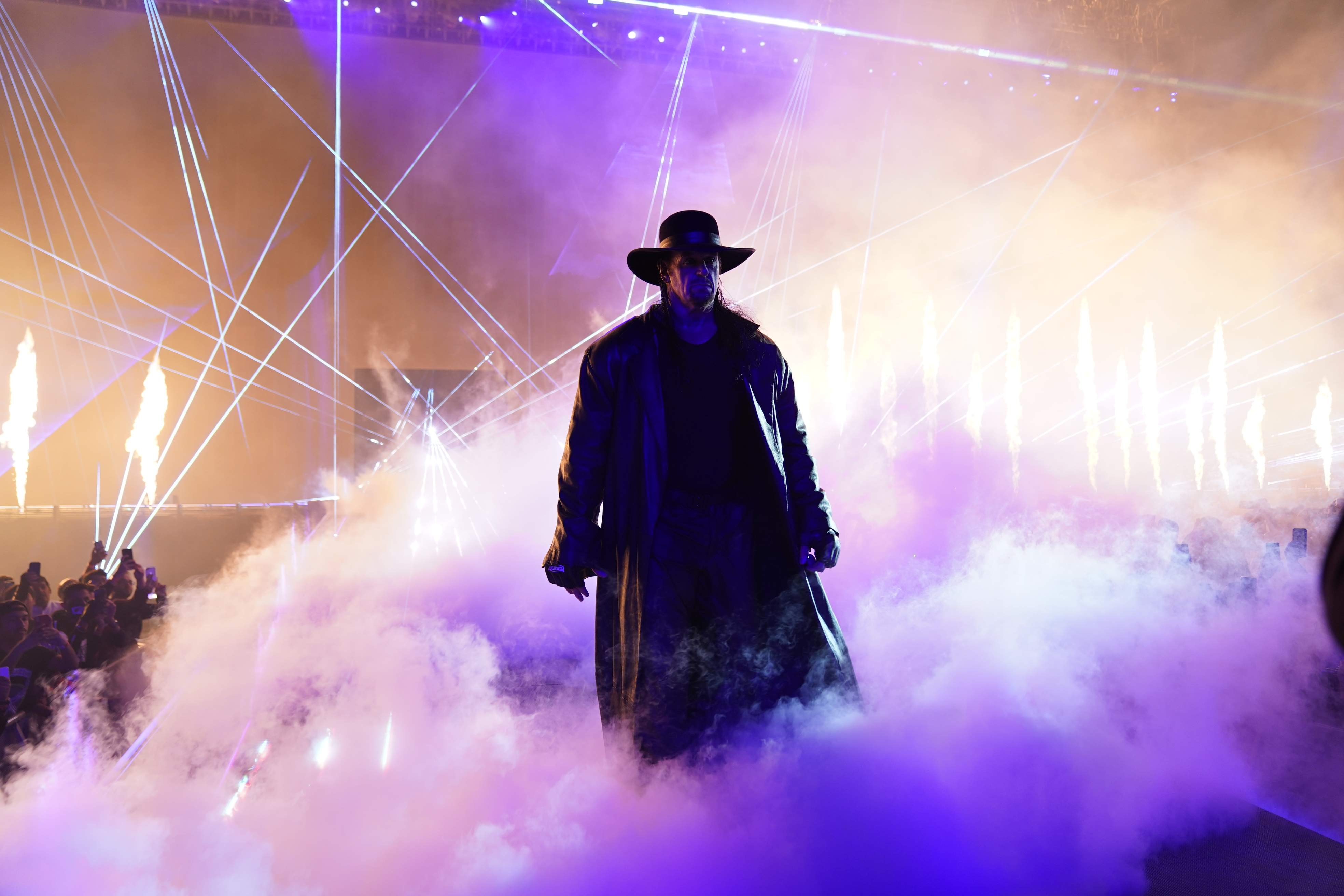 Winning streak
The Streak— a series of 21 victories of The Undertaker at WWE’s annual WrestleMania, was the cornerstone of the event. And it was only in 2014, at WrestleMania XXX, that it ended — when Brock Lesnar defeated The Undertaker. But the latter still thinks, there were other contenders who could have ended it. He offers, “I guess selfishly, I didn’t want it to end. It was great because it allowed me at that point in my career to work once or twice a year. But preparing for WrestleMania every year was taxing. I don’t think Brock needed that win. Although I had no problem doing it, I just felt he was not the guy who needed it. I think Roman Reigns or Bray Wyatt would have been better. It would have elevated them quickly to a higher status. I think Roman could have used the victory more than anybody. Bray Wyatt’s development of The Fiend has catapulted him to the next level.”

While he talks about the younger champions and shares his observations, The Undertaker doesn’t shy away from acknowledging his fondness for Ric Flair, the flamboyant champion who was known by his ring name The Black Scorpion. The Undertaker says, if there was one other superstar he always aspired to be, it has to be Ric. “It would be pretty tough not wanting to be Ric Flair. He was the epitome of success and of being a world champion and all the things that come with it. I thought his character was over the top, but now I think it wasn’t really like that. It was who Ric Flair is. He was the bar for my generation of wrestlers who always measured their success against his. He is tremendous and continues to have a tremendous career,” says The Undertaker, who is hoping to pass on his learning to up and coming wrestlers.

Even if his Final Farewell implies he has bid adieu to the WWE Universe, the superstar will keep passing on his light and aura to others. Nothing’s decided as yet and he says it doesn’t mean that ‘resting in peace’ will mean he will leave the ring. “I don’t know what’s next. I am still kind of looking back at the 30-plus years at WWE. I am amazed by it. I have been part of the wrestling industry for 34 years. So I don’t think that I am not going to be part of WWE after the farewell. I will always have my place. One of the things that interests me a lot is paying it forward. Working with the talent that’s coming up and sharing my insights and experience with them. Although the product is changing and evolving, I feel the aspects of storytelling are missing in today’s game and that’s where I can be an asset to the next generation wrestlers. Secondly, I am looking forward to more opportunities to get out and have more personal interactions with my fans. I really enjoy that. I want to hear my fans share stories about how my character has affected their life, so guess I will still be around,” he assures us, before signing off.

Quick Takes
What will you miss most from the life you are leaving behind?
The fans, absolutely the fans. I drew my energy, motivation and strength from them. There were so many nights, when I would have been on the road for almost a month, and on the 30th day, I wouldn’t know where I would draw the energy from to go out and perform like I did at the beginning of the tour. The hardest part for me now will be not walking out hearing that music and the lights going off, and the reception from my fans — this is what sustained me for so long.

You were the locker room leader in WWE for many years. What qualities made you a successful leader?
It all starts with trust. The guys need to trust you. And you need to display work ethic. With me, business always came first above everything else. Yes, we went out at night and would have a great time. But that was never an excuse not to give 100 per cent. People have seen me go out to perform even when I have been injured. This is serious business, we aren’t just doing it for fun. I have been the person you could just talk to. If I knew there was a problem, I would try my best to solve, and resolve it without too much drama. I am honoured and humbled that my peers trusted me. I never lobbied for or tried to be a leader, it just kind of happened with the class of people I was able to share the locker room with.

What’s your biggest life lesson?
It is to not take anything for granted and live in the moment. On any given night and match, you are just moments away from something catastrophic happening to you. As a talent, you don’t want to think about it. As great as everything is and even if you are on top of the world, it can all come down. So you live in the moment, and treat people the way you want to be treated. That’s one of the biggest lessons I want to instill in people who want to come up. Even if not a talent, treat everyone like you want to be treated. Your last match was the epic Boneyard Match... I am super proud of the Boneyard Match. I would have loved to have a traditional kind of match with AJ styles in a wrestling ring. I told him on several occasions that I wished I had gotten to fight him about 15 years earlier. I love the way he works, I love what he does in the ring. I have called him the modern day Shawn Michaels. I would have preferred an extended programme with AJ styles.

The Last Ride, a five-part documentary series offers a rare and revealing look at Mark Calaway, the man behind The Undertaker. Chapter 3 of the series will be on air on November 29, 8:30 pm. On Sony Ten