World Environment Day: 18 shows to immerse yourself in the wonders of the world

Make most of this World Environment Day by immersing yourself in the wonders of the world and catching up on some eye-opening documentaries and shows. If you are game, check out our comprehensive list of the best of nature and wildlife to inform you, excite you and remind you what the outdoors look like:

1. The Story of Plastic

This documentary looks at the man-made crisis of plastic pollution and the worldwide effect it has on the health of our planet and the people that inhabit it. Spanning three continents, the film illustrates the ongoing catastrophe: fields full of garbage, veritable mountains of trash; rivers and seas clogged with waste; and skies choked with the poisonous emissions from plastic production and processing. 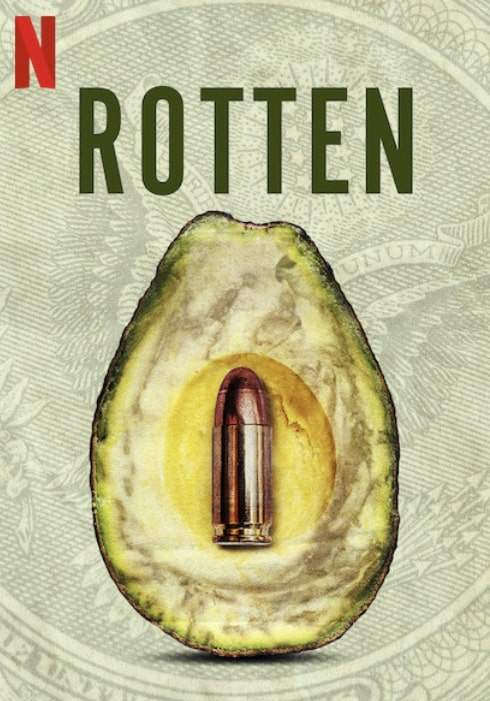 Rotten dives deep into the food production underworld to expose the corruption, waste and real dangers behind your everyday eating habits. While it is not an edge-of-your-seat thrill ride, the series moves along at a steady clip and it’s packed with surprising revelations.

It’s a five-episode show that highlights the crux of our mother nature. Witness some of the most incredible organisms supported by Earth. From dirty to brilliant, and invasive to environmentally beneficial, Powerful Life will show you how important these commonly overlooked organisms actually are. It is highly recommended for environment enthusiasts. 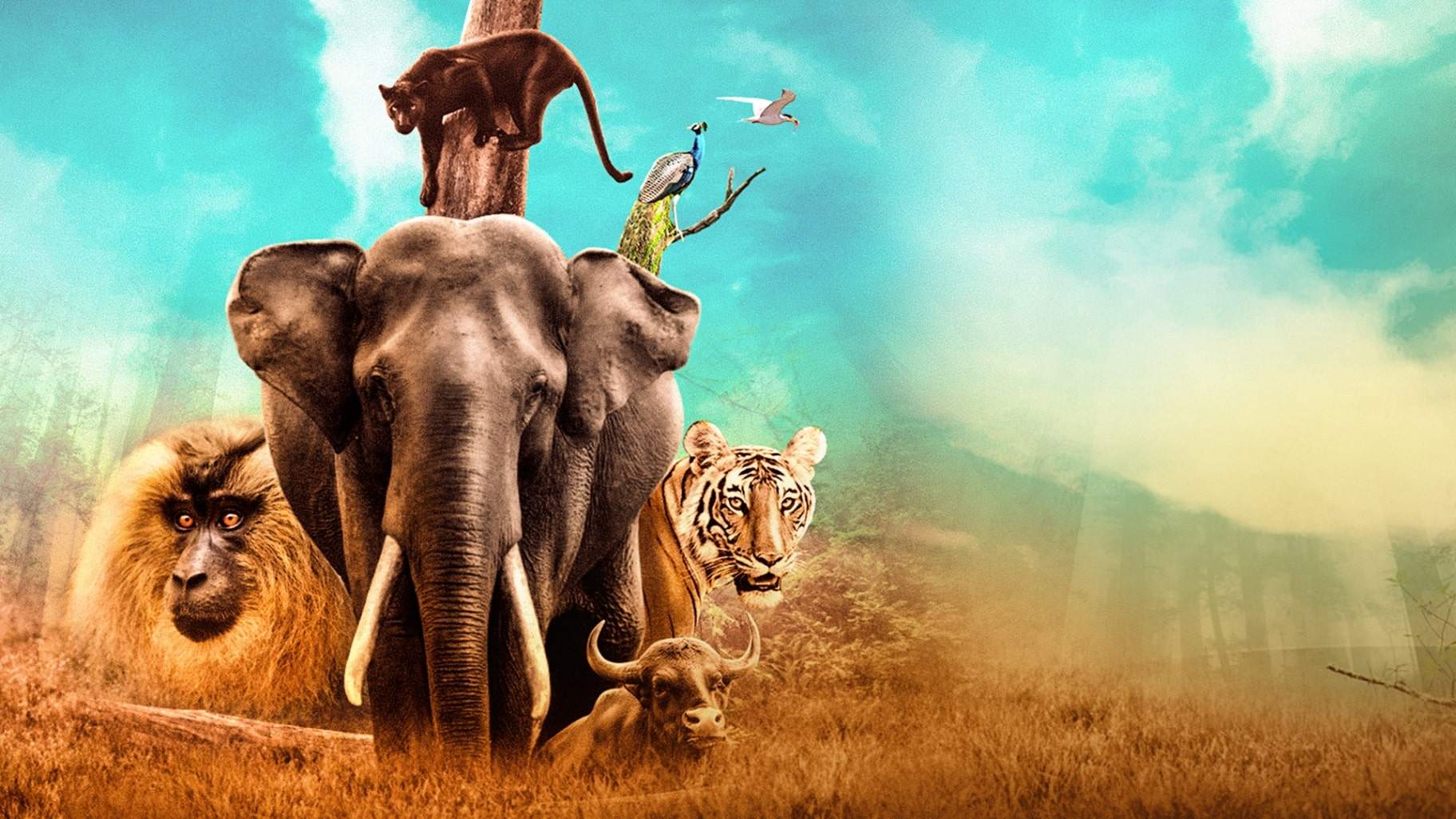 Wild Karnataka focuses on the biodiversity that flourishes in the wild, as Karnataka now has some of the best forests in the world. It is India’s first film shot using 4K Ultra HD technology, by a team of 20 camera persons using drones and 15 stationed cameras across Karnataka over a period of 4 years, is a visual spectacle which is to be enjoyed on the big screen. In a unique initiative aimed at raising awareness about the rich biodiversity of India and the need for wildlife conservation, it has pulled in celebrated actors to provide voice-overs. Sir David Attenborough takes the lead in English while Indian actors such as Rajkumar Rao (in Hindi), Prakash Raj (in Telugu & Tamil), and Rishab Shetty (in Kannada) will ensure that Indians across the country join hands and celebrate nature’s gift to this beautiful country.

Coral reefs around the world are vanishing at an unprecedented rate. A team of divers, photographers and scientists set out on a thrilling ocean adventure to discover why and to reveal the underwater mystery to the world. 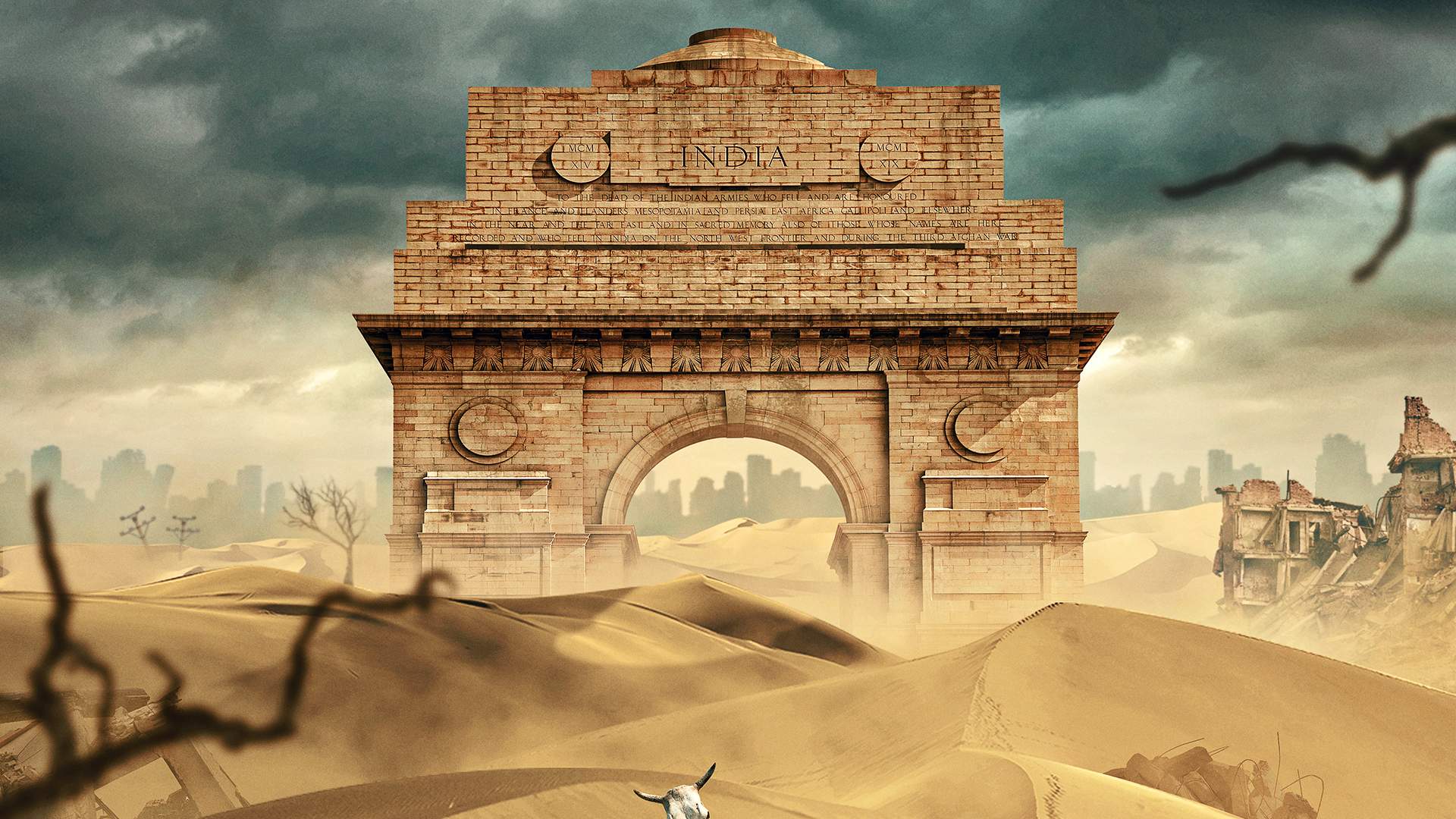 A forecast into an imaginary future of India with respect to the environment and climate change, if we continue on our current path of unsustainable habits. India 2050 presents a glimpse of how the thriving cities of India will look by 2050 if we don’t take the necessary steps now.

Experiencing the planet's natural beauty through an examination of how climate change impacts all living creatures in this ambitious documentary of spectacular scope. Narrated by David Attenborough, Our Planet is filled with majestic views, dazzling imagery and mesmerising natural spectacles. Changing Seas is a series which takes viewers on an exciting adventure to the heart of our liquid planet, following explorers and scientists as they uncover new information that could lead to scientific breakthroughs.

The documentary follows the life and work of legendary oceanographer, marine biologist, environmentalist and National Geographic Explorer-in-Residence Sylvia Earle, and her campaign to create a global network of protected marine sanctuaries. Join Jim Sarbh on a journey to showcase the stories of extraordinary people who are dedicated to conserve and preserve our Mother Earth. Planet Healers sheds a light on the work of environmental startups in India.

A team of scientists and activists document the underlying reasons behind the rapid decline of species across the world and attempt to find solutions to prevent a mass extinction catastrophe caused largely due to the activities of mankind. 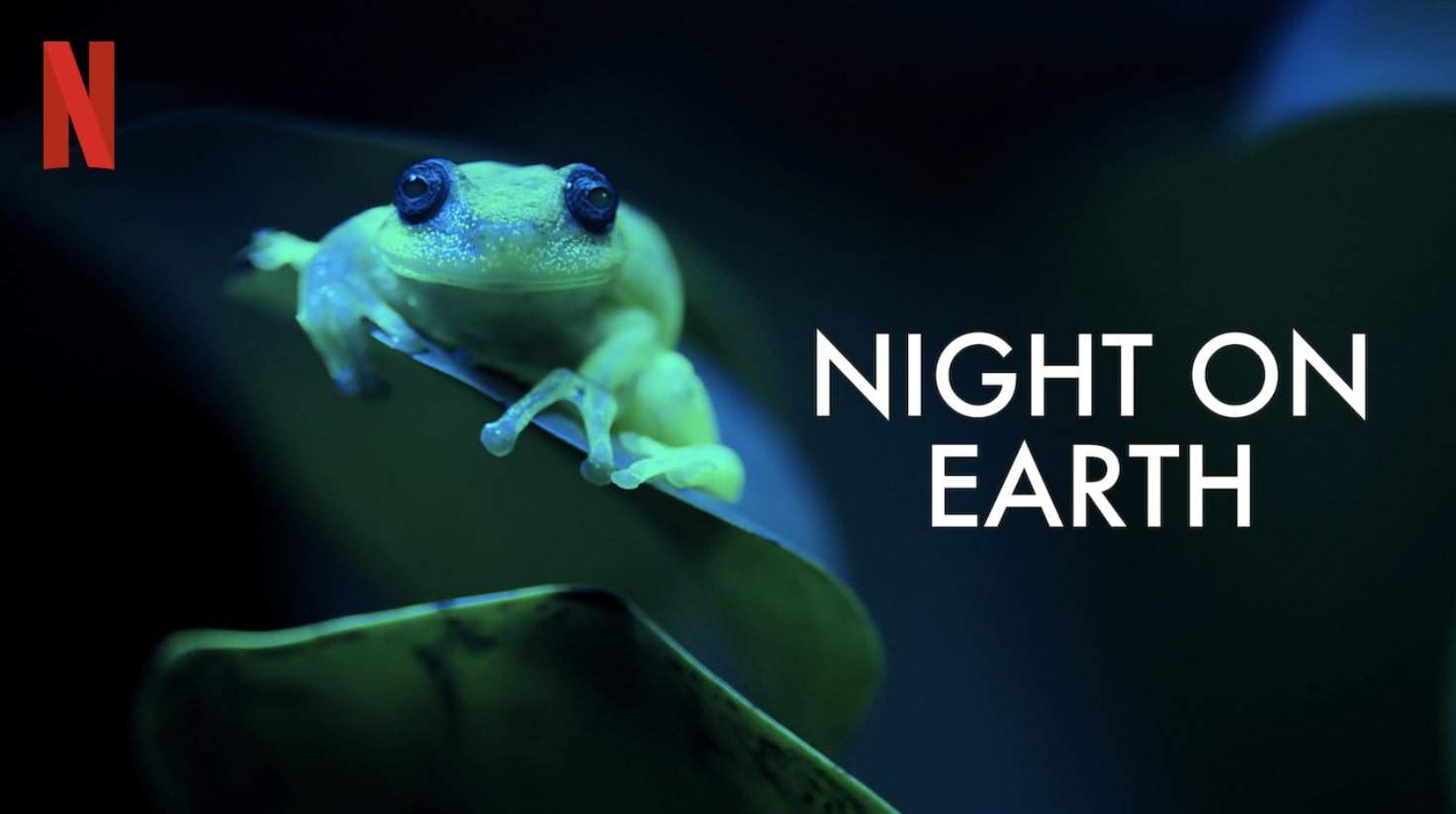 This nature series' new technology lifts night's veil to reveal the hidden lives of the world's creatures, from lions on the hunt to bats on wings. Night on Earth grants viewers a unique insight into the world of the animal kingdom.

Wildlife biologist Forrest Gallante is scouring the globe to find species that the world has stopped looking for. Forrest tangles with dangerous environments to track and bring back to life creatures mistakenly labelled as extinct.

14. Dancing with the Birds 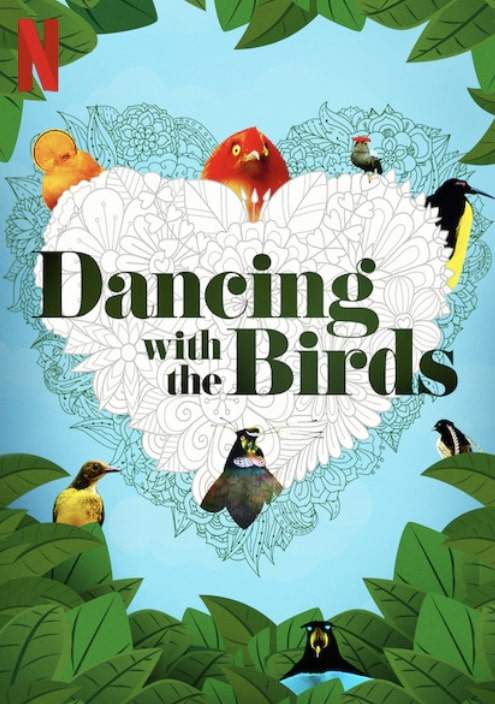 From ruffling their majestic feathers to nailing im-peck-able courtship routines, birds in paradise flaunt their best moves in hopes of landing a mate. Watch then male dancers strive to present their best side to females watching nearby, all affectionately narrated by the richly accented Stephen Fry.

Actor Zac Efron and special host filmmaker and social media personality Zach King are joined by celebrities, including Lil Dicky, Liza Koshy and Cody Simpson and others from the worlds of entertainment and sports to spotlight the efforts of the next generation of individuals and organizations that have made it their mission to help clean up our planet. The Great Global Cleanup travels to places around the globe and features individuals cleaning up their hometowns with groups of volunteers, including Efron's beach clean-up in his own California hometown.  The special also highlights some of the most recent innovations in recycling and waste management that has the potential to turn trash into treasure on a global scale.

This nature series' new technology lifts night's veil to reveal the hidden lives of the world's creatures, from lions on the hunt to bats on wings. Night on Earth grants viewers a unique insight into the world of the animal kingdom. 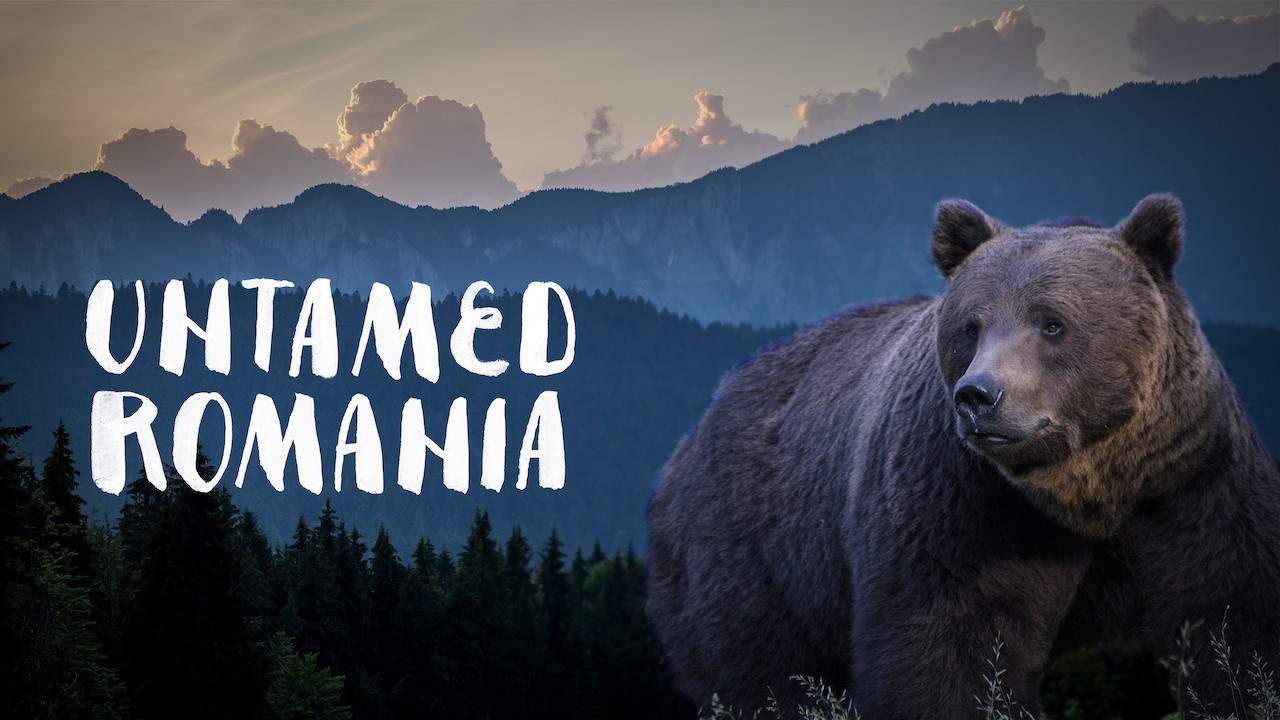 In Romania, ancient forests and expansive wetlands provide habitats to some of Europe's most iconic creatures. Focusing on the Carpathian Mountains and the Danube Delta, this documentary is a celebration of nature, in all its beauty and diversity.

Told with humour, intimacy and a jaw-dropping sense of cinematic splendour, Earth: One Amazing Day highlights how every day is filled with more wonders than you can possibly imagine- until now.